Instagram is about to hide likes for some US users. Here's what to expect

Instagram is about to take its biggest step yet toward removing likes from its platform.

After months of testing an option to hide likes in select international markets, Instagram is about to do the same for a number of users in the United States, a key market and the company's home turf.

Instagram, which is owned by Facebook (FB), has already been testing hiding likes in seven other countries, including Canada, Ireland and Australia.

For years, likes have been central to how celebrities, brands, politicians and everyday users experience Instagram, and Facebook. It's a way of measuring popularity and success. But in recent months, Instagram has been rethinking how likes contribute to making its platform more toxic. Now it's contemplating a change.

How does the test work?

The total number of likes on posts -- which appear as hearts on the app -- will disappear from Instagram's main feed, profile pages and permalink pages.

The owner of the account can still see their own likes, but their followers won't know the count.

Will my likes be hidden?

It's unclear how many users in the United States will have likes hidden. Instagram chief Adam Mosseri said likes will disappear for "some" US users beginning this week.

In other countries where likes were hidden, users saw a message at the top of their Instagram feeds notifying them that they were part of the test. 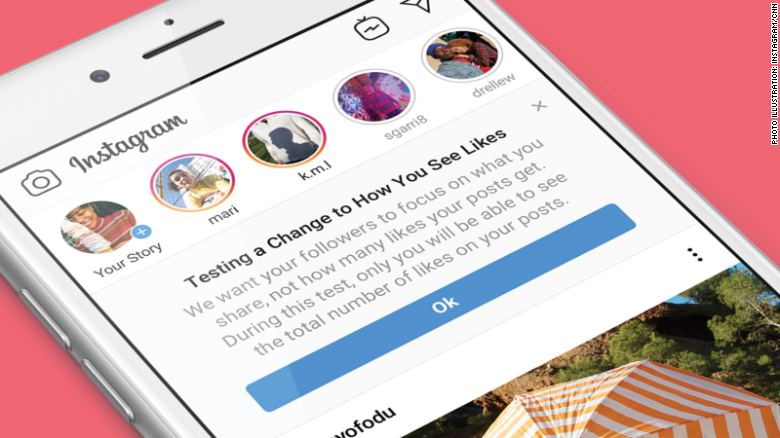 Yes. Users can still like content as they normally would by double tapping on the photo or video, or by hitting the "heart" below a post.

What do users think?

CNN Business previously spoke with users in countries with the test. The majority felt positively about this move to improve well-being on the app. Instagram is the most detrimental social networking app for young people's mental health, such as negatively impacting body image, according to one study.

But other users and psychologists said hiding likes won't fix everything. The test doesn't address some of the key ways that activity on Instagram can impact the well-being of users, including bullying, feeling left out and thinking other people's lives are better than their own.

"The biggest impact of Instagram is the content," said Renee Engeln, a psychology professor at Northwestern University. "The exposure to this constant stream of perfected images is what seems to hurt psychologically."

Plus, users can still see their own likes -- and feel badly if their posts don't perform well. 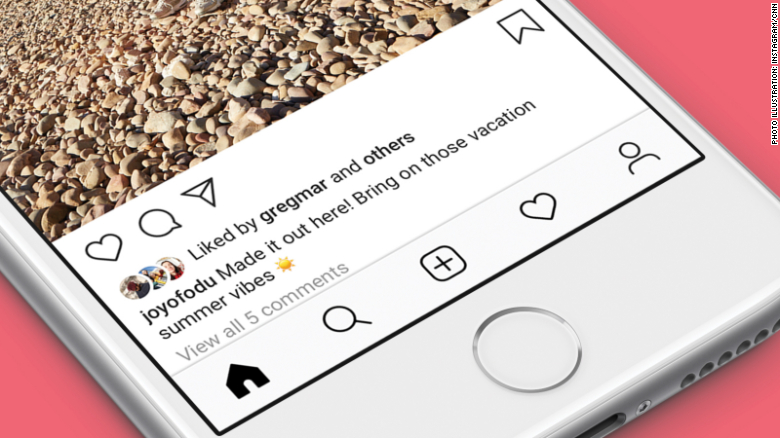 How will this impact influencers?

When brands consider partnering with an influencer, they take into account a number of factors, such as likes, comments, followers and what type of content they post. Removing likes could rattle some social media influencers and force them to adapt and make changes to their strategy.

Some celebrities have already voiced some strong objections. Nicki Minaj, the rapper and singer, said she'd stop posting on Instagram if likes were gone.

Rapper Rico Nasty tweeted that the change could "kill" Instagram. "I'm not saying it's bad. I'm saying people value 'likes' so I'm sure they won't be posting on there no more which means .. new app coming soon," she added. And in a video on Instagram, rapper Cardi B said that nasty comments on Instagram are more of an issue than likes when it comes to users' well-being.

However, some celebrities are in favor of the change. Reality star Kim Kardashian West recently said taking away likes would be "beneficial" for people's mental health.

Whether Instagram does away with likes permanently remains to be seen. But its decision to roll out the test in the US could indicate it's one step closer to doing just that.