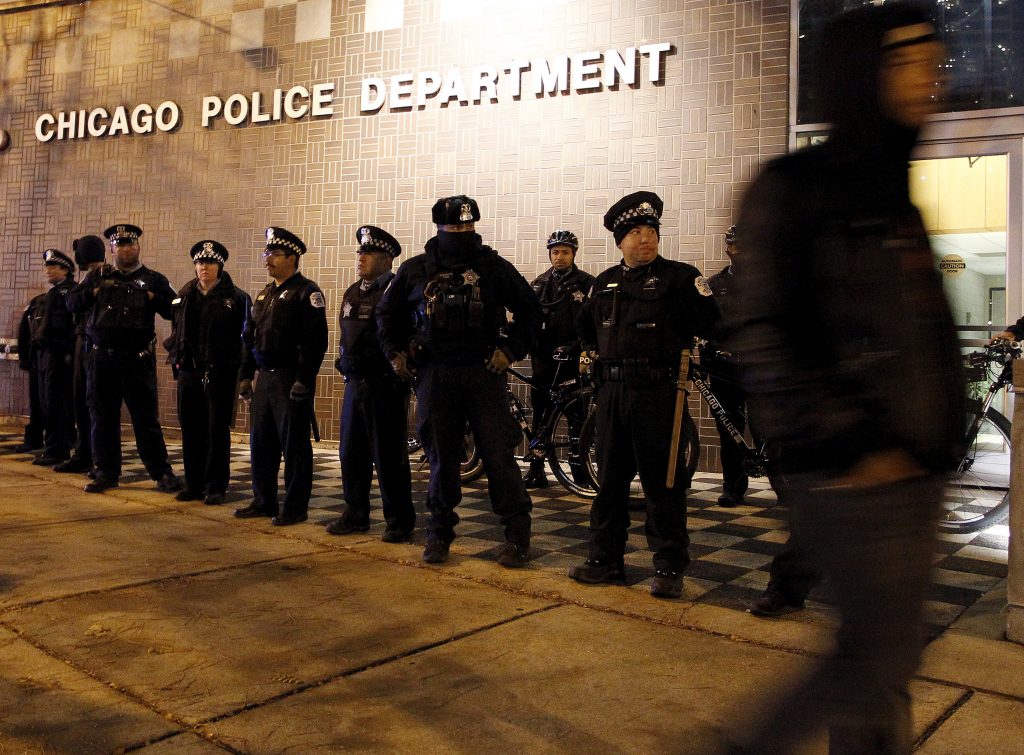 An internal report investigating 16 police personnel involved in covering up the 2014 fatal shooting of Laquan McDonald by a former Chicago police officer was released Wednesday after being kept secret for almost three years.

The formerly confidential report, written in 2016 by the city of Chicago's inspector general, Joseph Ferguson, revealed that several officers committed numerous ethical and internal violations in order to cover up former officer Jason Van Dyke’s shooting of the 17-year-old, including giving false statements “to exaggerate the threat McDonald posed.” According to the report, Anthony Wojcik, a former Chicago Police Department lieutenant who was at the scene, improperly disposed of three original general progress reports containing detectives’ handwritten notes of the statements three civilian witnesses made the night of the shooting. He then "personally recreated the reports," before disposing of the original notes, the investigation showed.

The report also revealed that at least two officers, who were not fired after the inspector general’s investigation, untruthfully claimed they heard Van Dyke tell McDonald to drop a small weapon he was holding, and that the teen repeatedly ignored the officers' calls to stay down.

The false statements served to "mischaracterize the events leading up to the McDonald shooting, and to thereby bolster a false narrative which might offer justification for the shooting," the report said.

The report found that the officers not only fabricated the details, but that they would also not have been able to hear any interaction between Van Dyke and McDonald from where they were standing during the encounter.

At least four officers who were present the night of the shooting failed to “visually and audibly record events” with in-car video systems, and were found to withhold and shield video evidence establishing what actually transpired between Van Dyke and McDonald, according to the report.

The inspector general recommended the firing of 11 individuals, but only four were let go, according to the NBC affiliate WMAQ.

None of the four officers fired by the police board were charged criminally. However, they were stripped of police powers and assigned to desk duty as their case proceeded, The Associated Press reported. Former Sgt. Stephen Franko, who was fired for his role in the cover-up, was found to have reviewed and approved false reports submitted by Van Dyke and his partner regarding the night of the shooting.

Franko’s endorsement of those false statements "served to establish the false narrative that McDonald initiated an attack on Van Dyke,” the report stated.

The report also detailed how Van Dyke tried to cover facts and did not openly comply with an investigation by the inspector general.

IPRA has now been replaced by the Civilian Office of Police Accountability.

"Van Dyke failed to cooperate with the OIG’s investigation, after being properly called upon to do so and in direct violation of a superior’s order, by refusing to answer OIG’s questions in his interview.” Van Dyke was found guilty of second-degree murder in 2018 for shooting McDonald 16 times.

Van Dyke’s partner, another officer and a detective were accused of engaging in a cover-up of the events of that evening and put on trial last year but were found not guilty.

The investigative report’s release was vehemently opposed by The Fraternal Order of Police who wanted to keep it under wraps.

“The Fraternal Order of Police has articulated in several instances our strongly-held belief that the Inspector General’s office, particularly under Joe Ferguson, is often little more than a political witch hunt of our members, none more so than the manner by which his office generated criminal indictments of the three officers in connection with the Laquan McDonald shooting,” the union said in a statement to the Chicago Sun Times.

The report illustrated a massive internal cover-up that was emblematic of a "code of silence" to protect one another within the Chicago Police Department, as previously documented by the Department of Justice in a separate report.

McDonald’s shooting ignited major protests throughout Chicago and become a key catalyst for police accountability not only in the city but also across the country. The inspector general report was kept confidential under city law until Chicago passed an ordinance supported by Mayor Lori Lightfoot authorizing its release to the public last month.

The new ordinance stated that reports that involve “sustained findings regarding conduct that either is associated with a death or is, or may be, a felony as defined in the Illinois Criminal Code and is of a compelling public interest" should be make public.

Ferguson, who investigated and wrote the report, had long called for its release and fully supported the new ordinance.

“The public doesn’t trust government. And it’s not just Chicago government. It’s government generally," Ferguson said to the Chicago Sun-Times earlier this month. "So, the only way to really have confidence, at least in this generation of things, is to put the information out there.”