When Netflix met with veteran documentarians Julia Reichert and Steven Bognar to acquire their new film “American Factory” in January, fresh off the film’s acclaimed premiere at the Sundance Film Festival, there were also executives from Higher Ground Productions in the room.

“They told us who they were, and we had never heard of it,” Reichert recalled in an interview.

Reichert and Bognar’s documentary — winner of Sundance’s directing award for best U.S. documentary — chronicles what happened in 2014 when Fuyao, a Chinese glass company, resurrected a former General Motors plant outside of Dayton, Ohio, near where the filmmakers live.

As the co-directors later learned, the executives worked with former President Barack Obama and first lady Michelle Obama’s production company, created last May in conjunction with their Netflix deal. Since then, the Obamas have largely kept their work at Netflix under wraps. This spring, they announced their first slate of projects — a range of movies and series including a biopic about Frederick Douglass, a period drama series by the screenwriter of “Thelma & Louise,” a documentary show based on The New York Times’ “Overlooked” obituary series and a children’s show about vegetables.

“American Factory,” premiering Wednesday on Netflix, is the first of their productions to be released.

Unlike the Obamas’ other still-gestating projects, “American Factory” had already been finished when Netflix and Higher Ground acquired it, so the company did not have any involvement in the making of the documentary, according to Reichert and Bognar. However, they’re grateful that the Obamas’ stamp of approval likely means “the film will be heard about and talked about in a much wider world than otherwise,” Bognar said. 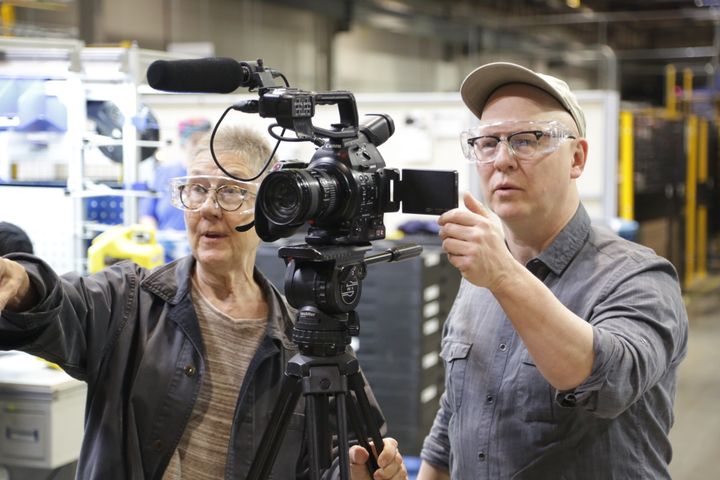 In July, the documentarians met the former president and first lady in Washington. It was the day before they spoke with HuffPost, and they still seemed a bit stunned by the distinction of being the Obamas’ first Netflix production.

“They’re wonderful people,” Reichert said of meeting them. “It was amazing when we heard that the president and the first lady had seen our film, and wanted to embrace it and wanted to elevate us as filmmakers. I mean, they’re very much into artists and writers.”

“American Factory” illustrates how broad economic and political questions are often cultural issues too. The documentary excels at going beyond the daily headlines about trade and globalization, showing a Chinese company establishing itself in America and getting Chinese and American employees to work side by side, and how difficulties that arise come down to fundamentally different ideas about work. 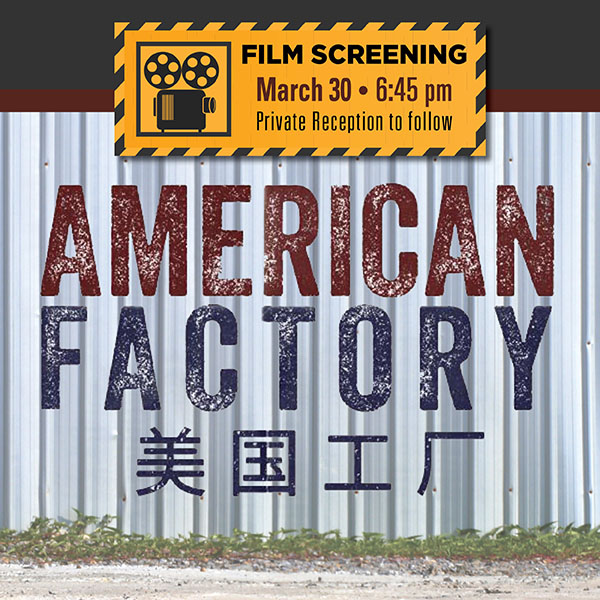 Reichert and Bognar previously covered the plant’s closure during the Great Recession in the 2009 HBO documentary “The Last Truck.” They said they hadn’t intended to revisit the subject, but realized that chronicling the American plant’s rebirth under a Chinese company would make for a compelling story.

The film’s fly-on-the-wall view and taut editing effectively convey a sense of shifting allegiances and brewing tensions. Initially, the community welcomes Fuyao’s presence and the promise of economic opportunity for the region. (Though, as some of the workers note in the film, the new jobs pay much lower than the GM jobs did.) Publicly, company executives project an image of unity, striving to integrate the Chinese and American workers and their practices.

But privately, the process quickly goes south. As the film shows, Fuyao, like many companies in China, tries to circumvent many safety procedures and worker protections in the name of efficiency. The Dayton plant is expected to reach the same levels of glass production as those of Fuyao’s factories in China. The Chinese workers are driven by a collective sense of mission — heightened by the Chinese executives who are seen in the film rallying the Chinese workers by using nationalist appeals to sow animosity.

"We wanted to put you in the shoes of both the executives and the workers, the Chinese and the Americans. It’s almost like, you remember that show ‘Downton Abbey’?

One section of the film tracks a group of American supervisors from the Dayton plant who visit Fuyao’s headquarters in Fuzhou, China. The trip exposes fundamental differences: Chinese workers focus on uniformity and efficiency, and work long hours, getting only one or two days off per month. As a result, they look down on the American workers — who work standard eight-hour days and get weekends off — as “lazy” and too “chatty” at work.

Reichert and Bognar said that visiting China helped them better understand the larger context informing the differences between the Chinese and American workers. Unlike the “beating down” of the American middle class over the last few decades, workers in China are “coming out of rural poverty,” Reichert said, which contributes to their greater sense of optimism and commitment.

“That was something really, really striking for us when we were over there, and helped us understand, more, why the American workers are not as willing to work 12-hour days,” Reichert said. “The Chinese, they may not like working 12-hour days, but they’re willing to do it. It’s their expectation.”

After a string of workplace injuries due to lax safety procedures, the American workers begin to organize with the United Auto Workers. In response, the company executives engage in union-busting — a maneuver that the filmmakers emphasize is, ironically, modeled on those used by their American counterparts. Fuyao hires a “union avoidance consultant” to intimidate and dissuade workers from voting to unionize. In addition to dividing workers, the union-busting takes on an added cultural element. In the film, Fuyao’s billionaire chairman says he views the union organizing as the American workers trying to be “hostile toward the Chinese.”

Much of “American Factory” is a tense and at times frustrating saga. But the documentary also seeks to humanize everyone involved. There are moments when the American and Chinese workers do attempt to get to know each other. And with the help of Chinese producers and translators, Reichert and Bognar also tell the stories of individual Chinese workers, many of whom left their families behind in China to move to Dayton.

While their film succeeds as a big-picture examination of labor, manufacturing and U.S.-China relations, Reichert and Bognar stressed that they don’t approach their work with a bird’s-eye view in mind.

“We kind of just feel our way around for months and months,” Bognar said of their filming process. “We’re filming, but we’re also learning, getting the feel of the rhythms of the place, the who’s who, the interpersonal dynamics, all that stuff.”

That approach of focusing on the various players allows for the film’s nuanced take, Bognar said.

“We wanted to put you in the shoes of both the executives and the workers, the Chinese and the Americans. It’s almost like, you remember that show ‘Downton Abbey’? So you’re with the aristocracy, and you’re with the butlers and the maids,” he said. “We’re trying to go for an upstairs-downstairs feel — without judgment, so you have empathy for everyone. Even the chairman gets that internal reflection at the end, because we want you to have empathy for what his journey is too.”