Ignored in Hollywood, Tyler Perry opens new studio in Atlanta: 'I know what I do is important' 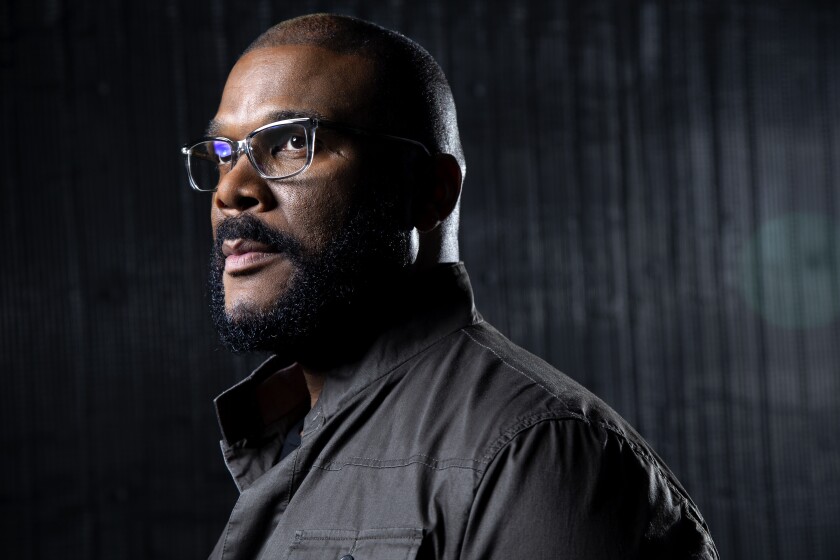 Tyler Perry has long been a proponent of non-conformity and in Hollywood, the seemingly prolific one-man band says because of this, the industry has overlooked the magnitude of his impact.

“I clearly believe that I’m ignored in Hollywood, for sure, and that’s fine. I get it,” Perry told Gayle King in an interview for “CBS This Morning” ahead of the opening of his new film studio Tyler Perry Studios, which he owns outright.

“My audience and the stories that I tell are African-American stories specific to a certain audience, specific to a certain group of people that I know, that I grew up, and we speak a language,” he added. “Hollywood doesn’t necessarily speak the language. A lot of critics don’t speak that language. So, to them, it’s like, ‘What is this?’”

(4/4) Grand Opening: Imagine This - I’m a writer with no words for Saturday night. So if a picture is worth a thousand words then let them speak for me while I gather my emotions and try to process what happened on Saturday!!

Perry, 50, said he knew the reach of the work he’s done and understood the industry’s hesitation over his projects, adding that it’s been his mission to speak to the people with whom he identified since he broke into the fold as the beloved Madea, one of a litany of characters he created early on.

(1/2) Glory to Glory - Couldn’t close the weekend without Jesus meeting us on the lawn at the studio!! Having a full heart and a thankful soul to all that have prayed me all the way here.

Perry welcomed a who’s who of celebrity talent to usher in the new headquarters for his TV and film studio in Atlanta – including Beyoncé, Kelly Rowland and Michelle Williams, a Destiny’s Child reunion.

Oprah Winfrey, Ava DuVernay, Bill Clinton, Hillary Clinton, Will Smith, Halle Berry, Spike Lee, Whoopi Goldberg and Viola Davis also were on hand to ring in the affair with the “Alex Cross” star who became the first African-American filmmaker to own his own major film studio.

Ok, let me explain this photo. So I got a star today on the Hollywood Walk of Fame. Thank you chamber!! I’m so grateful, but onto this photo. @only1crystalfox spoke and moved me. @kerrywashington spoke, and we both were in tears. Then @idriselba came up to speak, and they all were so powerful. I was so moved. To look out and see all the cast from all the shows that I have created made my heart so full. To be able to give opportunities to so many was just so humbling to me. Anyway, the photogs were asking for photos so at that moment the BEAUTIFUL KERRY WASHINGTON was leaving, and they all started snapping pictures of her!! Look at my face. We had such a good laugh about this. Thank you everyone for your support and love all these years. My Mamma would be so proud.

Last month, Perry opened up about Georgia’s controversial “heartbeat” abortion law that has angered many in Hollywood and sparked calls to boycott filming in the state. Perry said he disagrees with the sentiment.

“Atlanta has been the dream. It has been the promised land,” Perry told The Associated Press last month. “So, when I got here, this whole state and city has been amazing to me and I wouldn't trade that for anything. Also, I put $250 million in the ground here and in the studio. So, when you have a quarter of a billion dollars sat down in the ground, you can't just up and leave.”

The law bans abortions after a fetal heartbeat is detected, which could happen as early as six weeks into pregnancy before many women realize they're expecting. The law is set to become enforceable Jan. 1, although a judge temporarily blocked it last week.