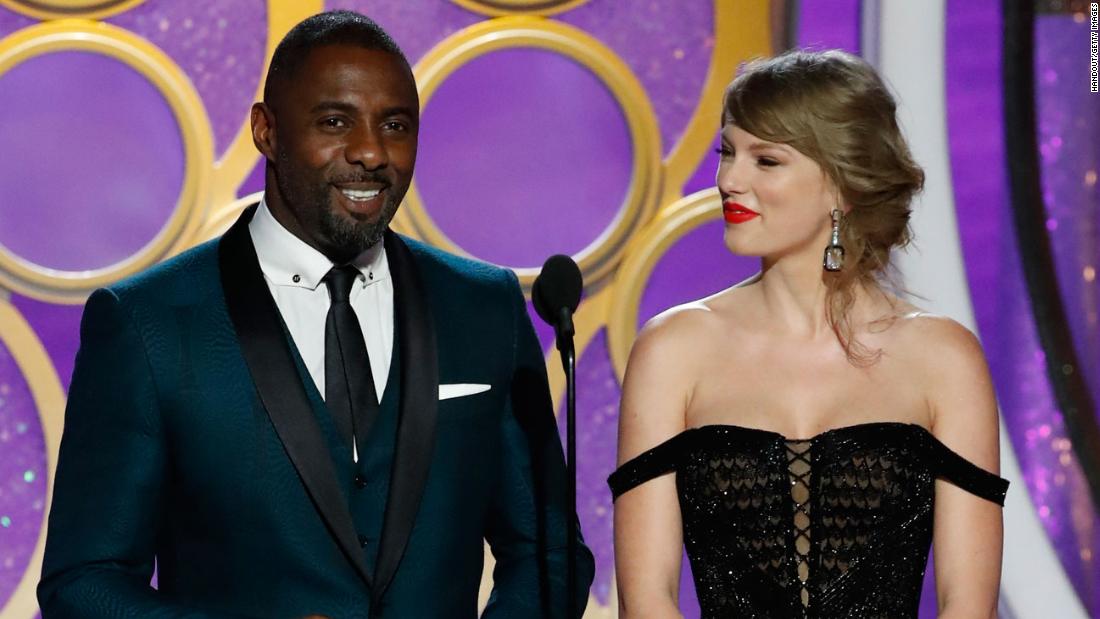 In "London Boy," the eleventh track on Taylor Swift's seventh album, Lover, the country singer turned pop superstar sets out her love for the British capital, from Camden Market to Highgate to Brixton.

The song opens with a brief spoken clip, in which an unidentified person says: "We can go driving on my scooter... you know, just round London."

It's safe to assume the track is inspired by Swift's boyfriend, British actor Joe Alwyn, so when fans first heard the London accent in its opening seconds, many concluded it was his voice.

That's not the case, however. The album has only been out for a matter of hours, but Swift's devoted fanbase has already identified the mystery speaker. It's Idris Elba, Swift's "Cats" co-star.

What's more, fans also tracked down the clip's origin. It appears to be taken from Elba's March 2017 appearance on "The Late Late Show with James Corden," and if you listen closely, you can hear Corden -- another "Cats" cast member -- saying, "Oh I'd..." before Swift's laugh cuts him off.

For context, Elba was discussing his plans for an upcoming date that he'd auctioned off for the charity W.E. Can Lead, which supports schoolgirls in Sierra Leone and across West Africa. He suggested a trip on his scooter around London, to which Corden responded: "Oh I'd love a ride on your scooter."

This album is very much a celebration of love, in all its complexity, coziness, and chaos. It’s the first album of mine that I’ve ever owned, and I couldn’t be more proud. I’m so excited that #Lover is out NOW: https://t.co/t7jK7XmEqa pic.twitter.com/NMgE7LTdGZ

Swift announced the album release on Twitter, seemingly referring to the recent sale of her previous catalog to music manager Scooter Braun in her post. "This album is very much a celebration of love, in all its complexity, coziness, and chaos," she wrote. "It's the first album of mine that I've ever owned, and I couldn't be more proud."