Curry, whose passion for golf has been well-documented since he entered the NBA, will reportedly make a seven-figure donation to relaunch Howard’s men’s and women’s golf programs, which university officials believe were shuttered over 40 years ago.

In a press conference Monday, Curry praised former Howard student Otis Ferguson IV for giving him the idea to restart the programs. A golfer in his own right, Ferguson had previously worked to start a golf club on Howard’s campus in lieu of a sanctioned Division 1 team. 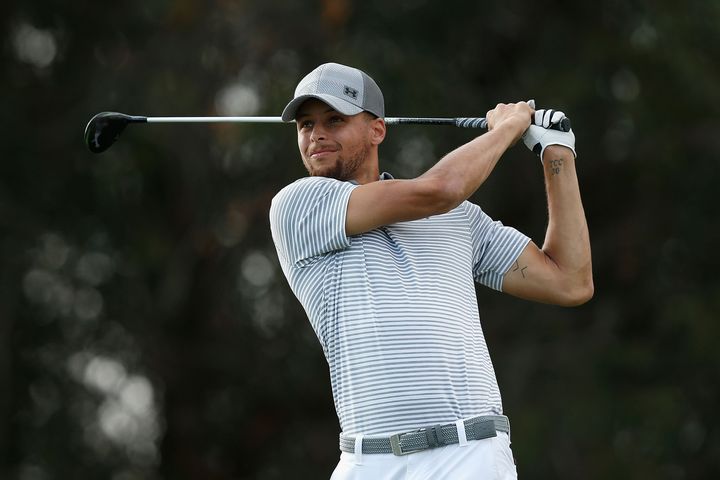 "Otis [and I] connected on golf,” Curry said, referencing a chance encounter the two had when Curry visited Howard’s campus in 2015.

He went on to say that both he and Ferguson appreciate the life lessons golf has taught them, including the values of “accountability, competition, [and] discipline.”

3rd-gen Bison legacy student Otis Ferguson IV was working to restore a golf club at HU when attended a panel on campus a few months ago w/ @StephenCurry30.

Knowing Curry loves golf, Otis asked him to play & Curry took him up on that offer AND decided to fund an HU golf program! pic.twitter.com/1VPnJMhSQ6

Many may have become aware of the Golden State Warrior’s affinity only after seeing him share the links with his most famous golf partner, former President Barack Obama. But the star guard has credited his father for introducing him to the game at a young age.

The program will not only function to share the game Curry loves. During Monday’s press conference, Howard University president Wayne Frederick suggested the initiative will be doing a service in changing the long-held perceptions about golf being a white sport. The world of golf has traditionally been a homogenous one, as many courses and country clubs were historically made available only to white men.

“There is no field in this country that Howard University doesn’t diversify,” Frederick said.

Curry’s donation will reportedly fund the program for the next six years, granting university officials time to create a self-sufficient golf program at one of the nation’s most storied historically Black universities.