Here's Which University Won $25,000 in Young Thug's 'Hot' Battle of the Bands Challenge 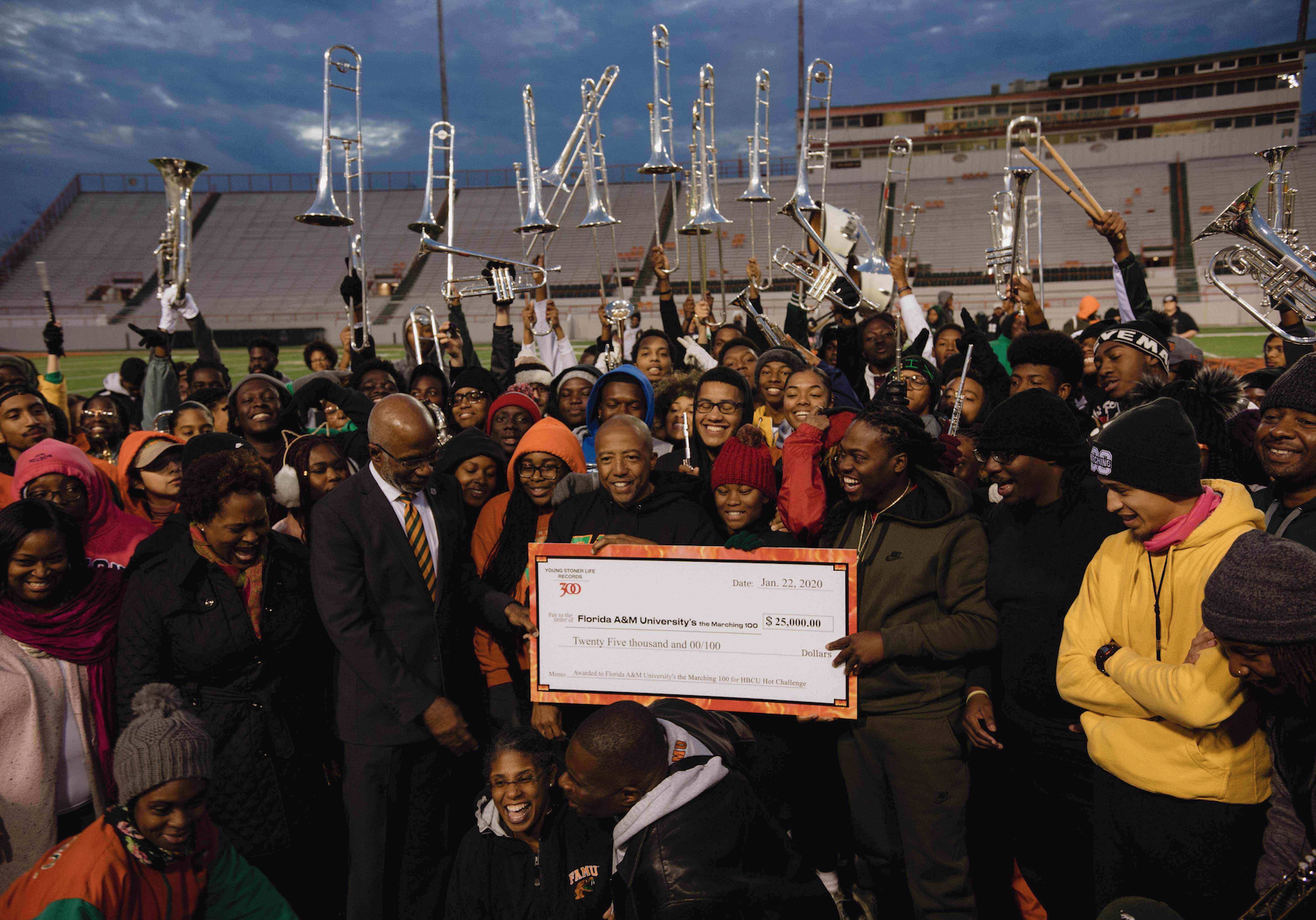 Florida A&M University's Marching 100 got quite the surprise before they depart for the Honda Battle of the Bands competition in Atlanta this weekend.

During their final practice ahead of the competition, 300 Entertainment CEO Kevin Liles announced the 100 won rapper Young Thug and Gunna's HBCU Hot Challenge, awarding the university $25,000 to the band program.

To enter the competition, HBCU marching bands had to make a short TikTok video of them performing Young Thug's song "Hot."

Here is FAMU's official submission for the contest:

The music video for "Hot" features a marching band throughout, and the song's beat includes snares and horns.

University President Dr. Larry Robinson and members of the band said they are ecstatic about the gift.

"This is a testament to the outstanding students that we have here and the band, the Marching 100, as well as the guidance they're getting from Dr. Chipman and his staff," Robinson said.

The band plans to use the money to continue building on their successes, as they attempt to bring home the Battle of the Bands trophy.

This will be their seventh appearance at the battle.