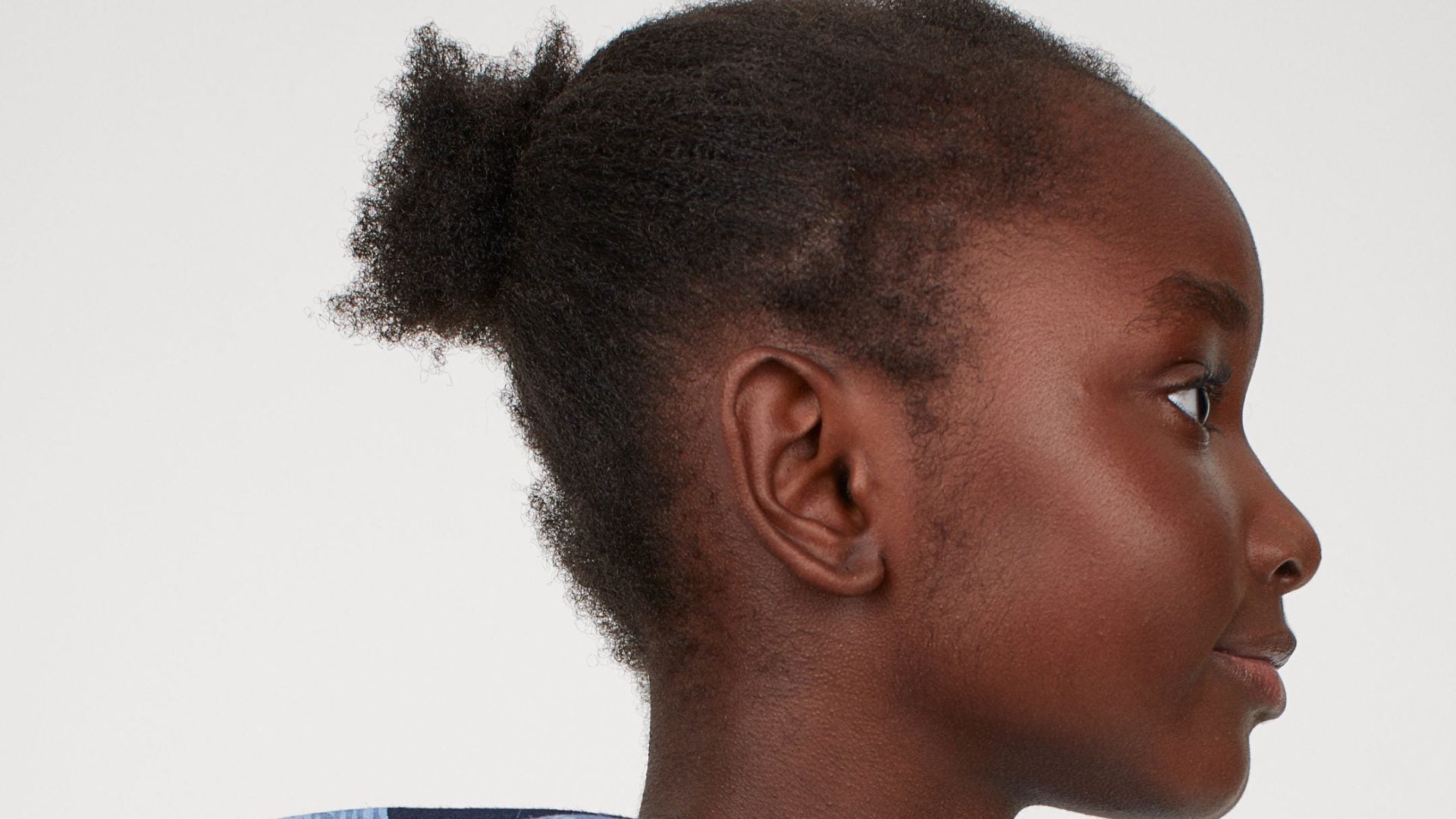 H&M has come under fire by people on social media after a young black model was pictured on its site with what many felt was inappropriately styled natural hair.

A screenshot of the young girl modeling a floral printed hoodie started circulating on Twitter and Instagram on Thursday when some started noticing how her hair was left looking “messy” in a pulled back bun. One of the biggest critiques was made by celebrity hairstylist Vernon Francois, who blamed the incident on professionals who were incapable of styling black hair.

“This beautiful young girl’s #kinky hair appears to have had very little to no attention yet all of her counterparts have clearly sat in front of someone who was more [than] capable of styling other hair textures,” Francois captioned a screenshot on his Instagram. “My heart breaks imagining yet another girl from my community sitting in front of a mirror being ignored by the team around her, left to her own devices because someone didn’t know how to handle her texture.”

The hairstylist to celebrities like Lupita Nyong'o and Willow Smith went on to point out that the photos had to have gone through an extensive approval process before being published on the company’s website.

“It’s breathtaking to me that not one person looked at this shot and had the same reaction that the internet seems to be feeling since the campaign broke,” he wrote. “THAT IS AN ISSUE.”

Excuse me @hm I just want to talk, because natural is fine but not doing her hair properly/at all is not... pic.twitter.com/smC6iyzyaq

Apparently @hm thinks allowing this African American young lady’s hair to look like this in their AD is acceptable! I find this disrespectful! This is a clear example that there are no people of color working at the higher level because they would have not allowed this#DoBetter pic.twitter.com/dpvyMwlyqc

H&M AT IT AGAIN 😒😭😂
They wrong for that. Where the child mama? I hope she sue them for public humiliation, defamation of character, and discrimination 😤
They could had a stylist touch this child hair. Pathetic 🥴 pic.twitter.com/egxNJza1Sz

Others had a different perspective on the ad and shared screenshots of the other young girls photographed for the kids campaign — all of the young models featured had their hair sloppily pulled back or left down with some frizz.

Honestly I was upset after seeing just the black girl.
But then I took my time to check the rest of the kids collection, and they violated every single kid 😂😂😂😂smh pic.twitter.com/aCdLSrBTbf

Some even criticized those taking aim at the black model, in particular, arguing the callouts targeted specifically at her could be perpetuating the idea that her natural hair isn’t beautiful enough for the campaign while the messy look on other models hasn’t caused the same outrage.

Says a lot about you tbh. pic.twitter.com/CRCsEb1E8T

This picture is actually the best representation of black children. Good job @hm . She looks like the average black child. Her hair is as natural as it can be and i love it. Edges & Melanin are untouched and i am here for it https://t.co/X2gvXVxPcJ

All I hear black people complain about is “embracing them natural selves” this is natural. Stop picking and choosing what’s considered appropriate hair for african Americans just because she’s posted on H&M. Either embrace all natural or stop complaining when others don’t! https://t.co/z77bYZ7jqR

A spokesperson for H&M provided Yahoo Lifestyle with the following statement on the photos:

We are aware of the comments regarding one of our models for H&M Kids. We truly believe that all kids should be allowed to be kids. The school-aged kids who model for us come to the photo studio in the afternoon after school and we aim for a natural look which reflects that.

This isn’t the first time that a brand has received criticism for a similar issue. J.Crew who was called out for irresponsibly styling a model’s natural hair back in November 2017.

Now, a number of Twitter users are putting their effort toward celebrating the incredible modeling opportunity for the young girl instead of criticizing her hair.

To the beautiful Black girl with the 4C hair:

You and your hair are beautiful. Congratulations on a gig as big as H&M! You must feel so proud. I’m proud of you!

And to the Black girls with hair that society tells you needs something doing to it: Ignore them. You are perfect.

There is a little Black girl whose face is floating around the internet who should be celebrating landing a modeling opportunity for H&M right now. Instead she’ll have to see commentary over how her hair should’ve looked better.

When y'all get on the internet and talk about little girls' hair it's not hurting h&m it's hurting the little girl https://t.co/ENHVTuXNw2