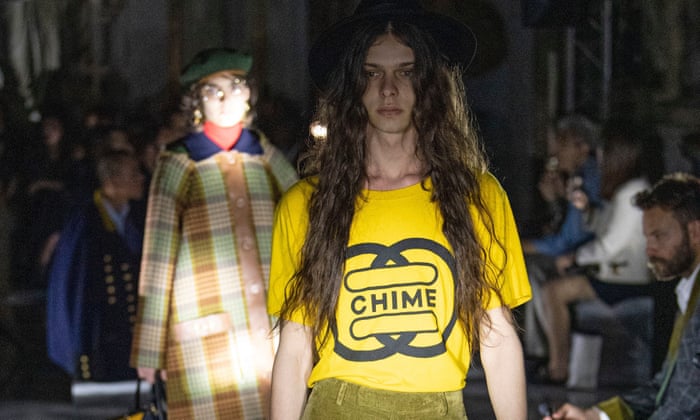 Gucci weighed into the abortion debate at its 2020 fashion show in Rome on Tuesday, unveiling several pieces that made reference to abortion rights and women’s rights.

The fashion statement comes amid a battle over abortion rights in the United States. Earlier this month, Alabama passed the strictest abortion ban in the country with the goal of overturning Roe v. Wade, the 1973 case that effectively legalized abortion across the country. The last abortion provider in Missouri may lose its license this week, making it impossible for women to obtain a safe abortion in the state. Missouri is one of a handful of states that have recently passed abortion bans as early as six weeks, though many of those laws remain tied up in legal challenges.

Anti-abortion sentiments also remain strong inside the Vatican, not far from the site of the Gucci fashion show. At an anti-abortion conference in Rome on Saturday, Pope Francis compared abortion to hiring a “hitman to solve a problem” and said the procedure is never acceptable.

Gucci has recently faced accusations of racism and cultural appropriation. In February, Gucci withdrew a black balaclava sweater from stores following criticism that the black turtleneck and bright red cut-out lips resembled racist blackface imagery. Earlier this month, Gucci drew backlash over cultural appropriation for selling an $800 turban and positioning an article of faith as a fashion accessory.

The new collection featured in Tuesday’s show included a gown with an embroidered uterus, a jacket with the feminist slogan “My body, my choice,” and a shirt with the date in 1978 when Italy legalized abortion.

Moments before #GucciCruise20 unfolding at @museiincomuneroma, a look with ‘22.5.78’, refers to the date established of the Italian statute for the social protection of motherhood and the voluntary interruption of pregnancy, better known as statute 194. pic.twitter.com/NucqPofVkJ

A uterus is embroidered on a pleated long sleeve gown by #AlessandroMichele, moments before the #GucciCruise20 fashion show at @museiincomuneroma in Rome. pic.twitter.com/7E0mLoTEkk

Alessandro Michele, Gucci’s creative director, said at a press conference after the show that women “should be free to choose what they want and terminate a pregnancy,” calling it “the most difficult choice for a woman to make,” according to the Guardian.

‘My Body My Choice’ is a feminist slogan from the 70s which appear on the reverse of this jacket seen before the #GucciCruise20 fashion show by #AlessandroMichele. pic.twitter.com/pyrceydGf3