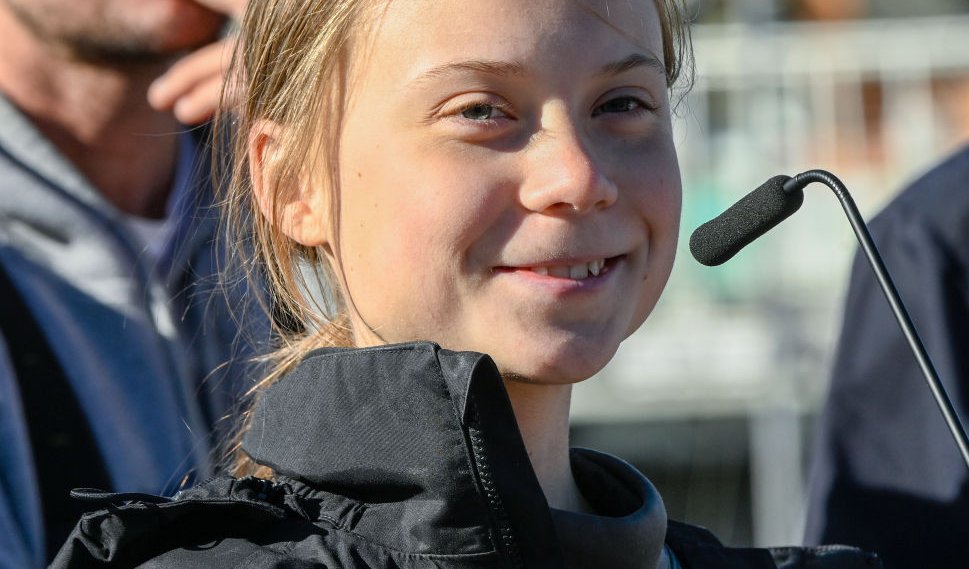 Greta Thunberg, the Swedish teenage environmental activist, is TIME Magazine's 2019 "Person of the Year,” the publication announced on Wednesday.

The 16-year-old Thunberg has gained worldwide exposure for raising awareness of climate change and is now the youngest individual to ever be named TIME’s “Person of the Year.”

She became a sensation last summer by sailing across the Atlantic from England to New York and speaking at the United Nations. Since then, Thunberg has traveled around the world advocating for climate change awareness and action.

Thunberg and President Trump were among the finalists along with House Speaker Nancy Pelosi, D-Calif., Women's World Cup champion Megan Rapinoe and the anonymous whistleblower who helped ignite the ongoing impeachment inquiry. 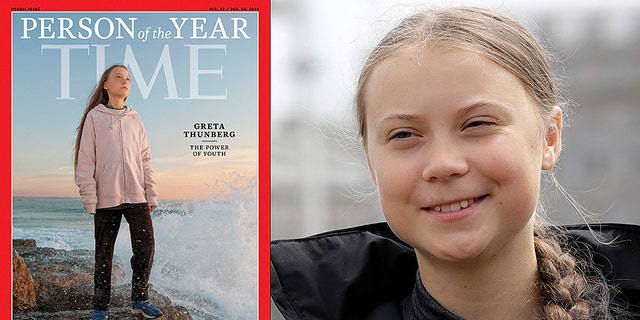 “Thunberg began a global movement by skipping school: starting in August 2018, she spent her days camped out in front of the Swedish Parliament, holding a sign painted in black letters on a white background that read Skolstrejk för klimatet: ‘School Strike for Climate,’” TIME wrote. “In the 16 months since, she has addressed heads of state at the U.N., met with the Pope, sparred with the President of the United States and inspired 4 million people to join the global climate strike on September 20, 2019, in what was the largest climate demonstration in human history.”

TIME noted that “Thunberg is not a leader of any political party or advocacy group” and “has no access to traditional levers of influence,” adding that she is “an ordinary teenage girl who, in summoning the courage to speak truth to power, became the icon of a generation.”

She famously scolded world leaders during a speech at the United Nations, saying the world was in the beginning of a “mass extinction” but leaders were simply focused on money.

"How dare you! You have stolen my dreams and my childhood with your empty words, and yet, I am one of the lucky ones,” she said.

TIME continued its praise: “Her image has been celebrated in murals and Halloween costumes, and her name has been attached to everything from bike shares to beetles. Margaret Atwood compared her to Joan of Arc.”

Along with fame, Thunberg’s activism has also brought criticism. In September, Trump sarcastically praised the teen for her activism, sharing a clip of her speech. “She seems like a very happy young girl looking forward to a bright and wonderful future. So nice to see!” the president tweeted.

Brazilian President Jair Bolsonaro Tuesday Thunberg a “brat” after she tweeted about indigenous people who had been murdered while trying to protect the Amazon from deforestation.

“Greta said that the Indians died because they were defending the Amazon,” Bolsonaro told reporters. “It’s impressive that the press is giving space to a brat like that.”

Last month, she dismissed the idea of meeting with President Trump during an appearence on “The Ellen DeGeneres Show."

“"I don’t see what I could tell him that he hasn’t already heard, and I just think it would be a waste of time, really," Thunberg said.

.@GretaThunberg: “I’d like to tell my grandchildren that we did everything we could. And we did it for them—for the generations to come” #TIMEPOY https://t.co/n3HRQdYhRY pic.twitter.com/dTQpOro75B

“Thunberg has become the biggest voice on the biggest issue facing the planet—and the avatar of a broader generational shift in our culture that is playing out everywhere from the campuses of Hong Kong to the halls of Congress in Washington,” Felsenthal wrote. “For sounding the alarm about humanity’s predatory relationship with the only home we have, for bringing to a fragmented world a voice that transcends backgrounds and borders, for showing us all what it might look like when a new generation leads, Greta Thunberg is TIME’s 2019 ‘Person of the Year.’”