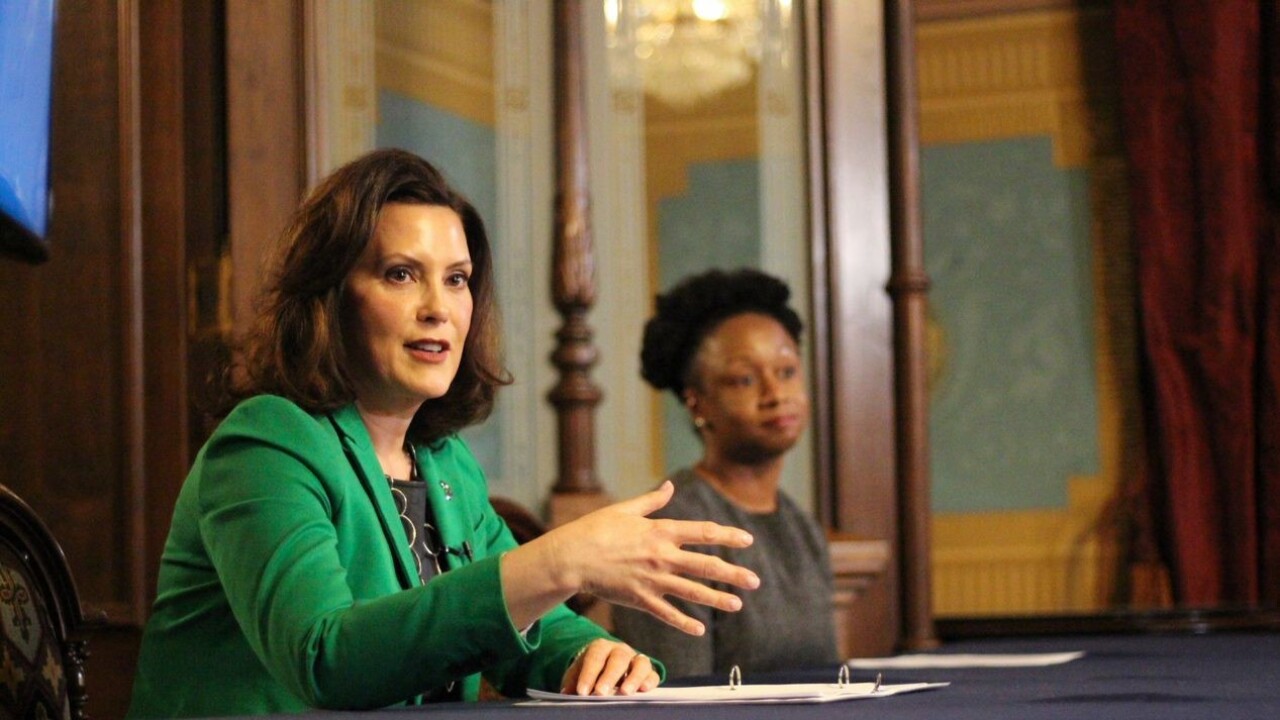 The Michigan Coronavirus Task Force on Racial Disparities is expected to study and investigate the causes of the disproportionate effects of COVID-19, the disease caused by the new coronavirus, and recommend immediate actions to address the disparities and the systemic racial inequities behind them. The executive order cited data showing Black residents make up a staggering 40% of COVID-19 deaths in Michigan despite representing 13.6% of the state’s population.

“The deep inequities people in communities of color face, like basic lack of access to health care or transportation or protections in the workplace, have made them more susceptible to COVID-19,” Whitmer said at a news conference Monday. “We’ve seen heartbreaking stories come out of Detroit. Many who have lost their parents, and children, and friends and neighbors. Michiganders need leaders who are going to do everything they can to lower their risk of catching this virus, no matter their community, their race or socioeconomic status.”

#COVID19 is disproportionately impacting communities of color, so we’re taking action. The Michigan Coronavirus Task Force on Racial Disparities, chaired by @LtGovGilchrist, will identify actions we can take to ensure all Michiganders have access to critical care and resources.

The task force will be led by Lt. Gov. Garlin Gilchrist and include a diversity of health experts and community leaders. Gilchrist, who has lost 15 people in his life to COVID-19, said Monday that the task force’s work will be dedicated to Skylar Herbert, a 5-year-old girl who died Sunday of complications from the virus. Skylar is the youngest person in Michigan so far to die of COVID-19.

“Skylar’s family lives in the 48219 ZIP code, which is the second-most impacted ZIP code with 559 positive cases of COVID-19 as of yesterday,” the lieutenant governor said. “It’s a predominantly Black neighborhood. She is the daughter of two first responders in the city of Detroit. After she was admitted to the hospital, she then developed a rare complication that led to swelling of her brain and a lesion in her frontal lobe.

“Her story cuts right to the core of why we must act now, why it’s important to follow the orders and maintain social distancing. My condolences, my prayers go to Skylar’s family. And this task force will serve in her memory to ensure that we can limit the exposure for as many people, as many families as possible.”

SHE HAS A NAME: Skylar Herbert, the daughter of Detroit first responders, is the first child with COVID-19 to die in Michigan. She was five years old. pic.twitter.com/rkBbbG8FIg

In addition to studying the disparities in the impact of the coronavirus, the task force’s goals include suggesting ways to:

“When communities have been impacted by racial disparities for generations, this means it is a systemic problem, and a systemic problem requires a systemic solution,” Gilchrist said. “We know that more often than not, people of color do not have the financial luxury in the state of Michigan to be able to work from home. They are more reliant on public transportation to get groceries or to get to work. They don’t have enough money to buy hundreds of dollars of groceries at a time and have to make repeat trips.”

Gilchrist said that the task force will “take action in real time” instead of issuing a report much later. The group will work until 90 days have passed since the declared states of emergency and disaster, or until Whitmer announces another date.

Michigan appears to be the first state to create a task force to address such disparities during the pandemic, but the issue is a nationwide problem. The U.S. Centers for Disease Control and Prevention released its first breakdown of COVID-19 case data by race on Friday, showing that 30% of patients whose race was known were Black. But the federal data didn’t have racial information for 75% of all cases and did not include any demographic breakdown of deaths.

“The task force will be in place throughout the crisis, and we hope that we will be able to continue to make recommendations going forward about how we can address racial disparities in a broader sense,” Gilchrist said. “This is not something that we can solve overnight, but it’s something that we can work on every day to make a difference.”