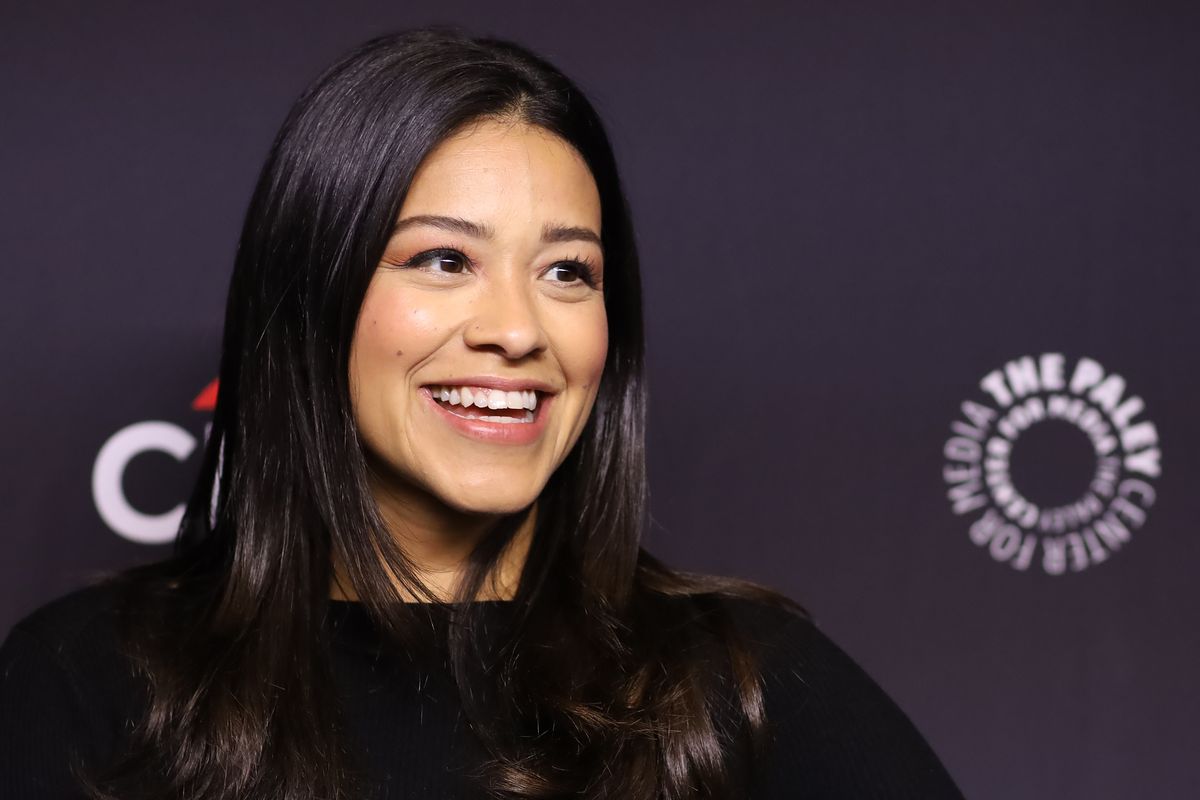 Actor Gina Rodriguez is no stranger to being taken to task for her anti-Black remarks. In an Instagram Story video on Tuesday, the “Jane the Virgin” star was seen getting her hair done while singing along to the Fugees song “Ready or Not.”

“I can do what you do ... believe me,” Rodriguez rhymes along with Lauryn Hill’s lyrics. But instead of pausing while Hill says “nigga,” which is expected of non-Black hip-hop fans, Rodriguez goes for it.

can’t wait for mrs gina rodriguez to break down into fake tears when she gets interviewed about this💕 pic.twitter.com/2idhpnjNyY

“Niggas give me heebie-jeebies,” the non-Black Latina raps, skipping one word and jumping straight to the slur. She giggles at the end of the line.

But there’s nothing funny — or excusable — about the star’s track record of anti-Black actions and history of gaslighting the Black community. While Rodriguez has been outspoken about the need for more diversity in Hollywood, even referencing the influence of Black characters in her own search for representation, she’s separated herself from efforts that embody true inclusion. Her anti-Black attitude has excluded actors who diverge from the typical Hollywood Latinx look. When people seek to hold her accountable, she apologizes, but makes no good-faith effort to learn or stay in her lane. Her attempts to make good with the Black community — without any intent to repair the damage done — is a gaslighting tactic she’s found supportive for her career.

After the Instagram video went viral, Rodriguez offered a seemingly disingenuous video apology. “I am sorry. I am sorry if I offended anyone by singing along to The Fugees, to a song I love, that I grew up on,” she said. “I love Lauryn Hill and I really am sorry if I offended you.” While she rapped the lyric with ease, she didn’t specifically direct her apology toward Black people — those who have ownership over its use and would take offense to her using the word. She also didn’t explain why she, a non-Black woman, felt entitled to use it.

Rodriguez later offered another apology via a Notes app message posted on her Instagram feed. “In song or in real life, the words that I spoke, should not have been spoken. ... I thoughtlessly sang along to the lyrics of a favorite song, and even worse, I posted it. The word I sang, carries with it a legacy of hurt and pain that I cannot even imagine,” she wrote. “Watching my own video playing back at me, has shaken me to my core. It is humiliating that this has to be a public lesson but it is indeed a much deserved lesson.”

However, Rodriguez is no stranger to this education. In a September 2018 interview with her “Smallfoot” co-star Yara Shahidi, Rodriguez interrupted the interviewer, who was discussing Shahidi’s status as a role model for other young Black women, to say that Shahidi is an inspiration to “so many women,” not just Black women — minimizing Shahidi’s race. While Rodriguez emerged in this industry championing diversity, it’s clear that she prefers diverse narratives and roles that align with her own identity, rather than overall diversity.

She favors white and mestizo (or mixed) representation in Latinx roles, at the expense of Black actors. When promotion for “Black Panther” began in 2017, Rodriguez tweeted, “Marvel and DC are killing it in inclusion and women, but where are the Latinos?! Asking for a friend…”

Not only did she call into question the significance of the first superhero movie featuring Black actors in all the leading roles, she ignored the two Afro Latinas who have starred in Marvel films: Tessa Thompson, who played Valkyrie in “Thor” and Zoe Saldana in “Guardians of The Galaxy.” Both also appeared in 2019′s box-office hit “Avengers: Endgame.” (Rodriguez has also not publicly recognized the groundbreaking character of Miles Morales, the Afro Latino Spider-Man in the award-winning “Spider-Man: Into the Spider-Verse.”)

Rodriguez’s erasure of Black people, specifically Black women, first fell under digital scrutiny when she hosted a brunch celebrating Latinas in Hollywood with only one Afro Latina, Rosario Dawson, in attendance. When she was asked about the incident, Rodriguez asked Black Latinas to educate her about Afro Latinas in Hollywood who she should invite to her next gathering. It’s hard to believe she didn’t already have access to this information, and her erasure and dismissal of Blackness was clear.

During a taped roundtable discussion about pay equity and diversity in television in November 2018, where she appeared alongside with Gabrielle Union, Ellen Pompeo and Emma Roberts, Rodriguez inaccurately said Latinas are paid the least in Hollywood.

And on a subsequent appearance on the radio show “Sway in the Morning,” she described social media backlash after the roundtable as “devastating.”

(Photos surfaced of her father, who would not be considered Black Latino. Rodriguez had referred to herself as Afro Latina in the past, which she’s since stopped doing.)

Yet again, she offered an apology on Sway’s show.

“If I have hurt you, I am sorry and I will always be sorry, but you have to know that, until you know my heart, there’s no way that we can live off clickbait, you guys,” Rodriguez said. “You are allowed to feel pain and I empathize with your pain, and I’m sorry if I caused your pain because it is the last thing I want to do.”

While one might argue that Rodriguez’s proximity to Blackness through her upbringing might have once let her believe she had license to sing along to “nigga,” in 2019, there’s no excuse. She repeatedly makes very public slip ups, is called to task, and apologizes. Months later, she’s trending for another instance of erasure or anti-Blackness.

If we follow current patterns, this won’t be the last “apology” Rodriguez offers.