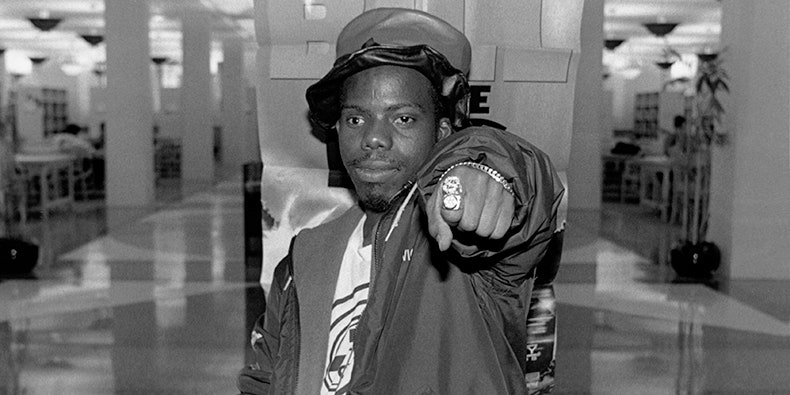 Geto Boys’ Bushwick Bill died Sunday evening, his publicist confirmed to Associated Press and on Instagram. Earlier this year, he was diagnosed with stage 4 pancreatic cancer. He was 52.

Earlier Sunday, false reports of Bushwick Bill’s death spread after Geto Boys’ Scarface shared the news of his death on Instagram. Several major names from the world of hip-hop spread the word on social media with tributes to the icon. Bushwick Bill’s son released a statement refuting those reports: “He’s still alive and fighting for his life.”

Bushwick Bill was born Richard Stephen Shaw in Kingston, Jamaica. He was raised in Brooklyn where he was a b-boy and graffiti artist. He made his name in Houston, joining Geto Boys in the late 1980s as a dancer under the name “Little Billy”—a reference to his height (which is commonly listed as 3'9"). He was encouraged to start rapping when his peers heard him performing his favorite Public Enemy songs.

Geto Boys’ debut album was 1988’s Making Trouble. One of Bill’s most iconic songs, “Size Ain’t Shit,” appeared on 1989’s Grip It! On That Other Level. The group gained notoriety with the 1991 album We Can’t Be Stopped. The cover is a graphic photo of Bill in the hospital after losing an eye in a gunshot incident. In a 2014 interview on the Murder Master Music Show, Bill claimed he died and came back to life in the incident:

I died on June 19, 1991. Legal death was 45 minutes. I was in the morgue for two hours and 45 minutes before I came to. It was going on three hours down there. Yeah, legal death was 45 minutes. My toe was tagged and they were pushing me in the drawer and I looked both ways and I saw frozen people to the left and frozen people to the right. I’m like, “I must be dreaming,” then I looked in front of me and I saw a door about to close and the people are still pushing me and I was like, “YO!”

And everybody stopped. I was like, “Hey, I have to pee.” They pulled the drawer out, I sat up, pulled the catheter out, jumped down, and the security for the morgue... the actual mortician ran out, whoever the people are in the morgue part of the hospital, he ran out and dropped his glasses. The security dude stood there and I jumped down and I was like, “I have to pee.” I peed, and I ended up peeing on his leg, and he took off running. He’s like, “He’s alive, somebody come help!”

Another one of Bushwick Bill’s signature songs was the pioneering horrorcore track “Chuckie,” which appeared on We Can’t Be Stopped. The song sampled dialogue from Child’s Play. Geto Boys released four more albums, and, starting with his 1992 debut Little Big Man, Bushwick Bill released six solo albums. In 1999, Geto Boys’ “Damn It Feels Good to Be a Gangsta” was prominently featured in Mike Judge’s film Office Space.

Bill released an album influenced by his born-again Christianity in 2009 called My Testimony of Redemption. In 2010, Bill faced deportation due to a drug-related arrest; he was subsequently released from custody. Bill is the subject of a documentary called Bushwick Bill: Geto Boy. In his later years, Bushwick Bill would often join bar bands for unannounced performances of “Damn It Feels Good to Be a Gangsta.”