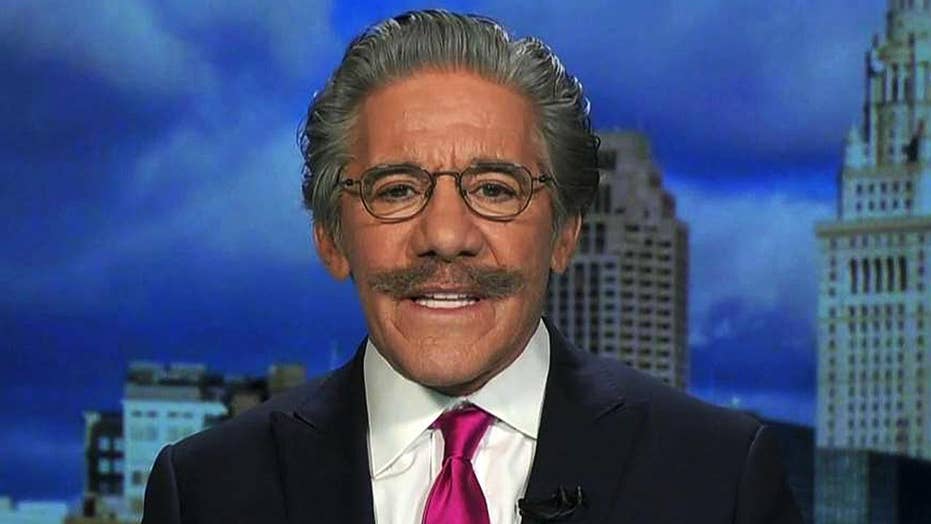 The Fox News personality made what he acknowledged was a divisive claim on Tuesday’s broadcast of “Fox & Friends,” one of Trump’s favorite shows, the day after Martin Luther King Jr. Day. Trump and his eldest son, Donald Trump Jr., earlier both drew widespread condemnation for attempting to make MLK Day all about themselves.

Rivera also said he felt “awful for” Trump for facing the Senate impeachment trial over the Ukraine scandal during his trip to the World Economic Forum in Davos, Switzerland.

Critics on Twitter bashed Rivera by pointing out Trump’s history of racist rhetoric and policies, including separating migrant children from their families at the U.S.-Mexico border.

As you may recall, Trump's first ever mention in the New York Times was an article about the DOJ pursuing race discrimination charges because he wouldn't rent apartments to black people https://t.co/8D8T1WaA8S https://t.co/HfqCq8CKYY pic.twitter.com/NN8q7txKIk

Civil rights in Trumpworld means protecting the rights of white Christians (there is an office of Conscience and Freedom inside HHS dedicated to this). Christians=mainly Evangelicals & right-wing Catholics w ties to Opus Dei). https://t.co/bC0L9QrTLN