George Zimmerman Looking for Love, Gets kicked off Bumble, again

Valentine’s Day is closing in and George Zimmerman apparently needs a date. He’s not going to find one on Bumble.

The popular dating app removed Zimmerman’s account Monday, primarily for the crime of being George Zimmerman. It’s the second time in a month Bumble has bounced Zimmerman.

"George Zimmerman was blocked and banned in December 2018 when we first discovered his profile and we have blocked and banned him again after we were informed by our users that he had created a new unverified profile,” reads a statement from a Bumble spokesperson. “We have thousands of moderators working tirelessly with our users to make Bumble the safest and most empowering social networking platform and this is another example of those efforts." 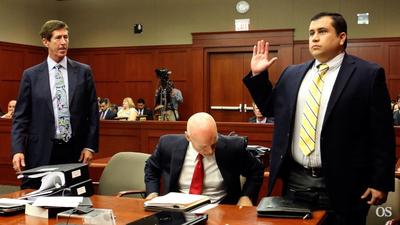 Orlando Weekly first posted screen shots of Zimmerman’s profile. It included a photo of him in a graduation gown, of a Rottweiler lovingly licking his face and of a shirtless Zimmerman.

The last one violated Bumble’s profile guidelines, which include “No Shirtless/underwear Mirror Selfies,” “No pornographic material,” “No graphic hunting photos,” and “No photos of international pariahs, even if they are getting licked by a Rottweiler.” 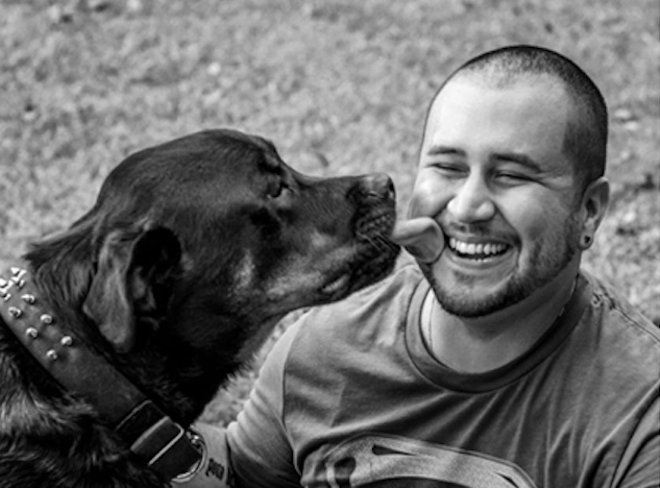 We’re kidding about that last one, though Bumble might actually use it if Zimmerman tries to conjure up any more romance on the site.

According the screenshots Orlando Weekly grabbed, Zimmerman’s sales pitch mentioned that his third grade teacher thought he was a class clown and he was her favorite student.

“Let’s get coffee and cake pops I’m looking for a mature and fun woman that’s ready to be loved and respected the way she deserves and is able to reciprocate,” he wrote.

Like 99.997 percent of all date-app users, Zimmerman didn’t divulge everything that a potential paramour might find disconcerting.

In every case except the last one, Zimmerman was either found not guilty or the charges were dropped.

He pleaded no contest to a misdemeanor stalking charge three months ago after police said he sent dozens of threatening emails, text messages and voicemails to a private detective who’d asked him to participate in a documentary about Martin.