On the same weekend in which famed abolitionist Frederick Douglass 168 years ago delivered one of his most historically resonant speeches, a statue of Douglass was toppled from its base and left near the Genesee River gorge.

Located in Maplewood Park, the statue "had been placed over the fence to the gorge and was leaning against the fence" on the river side, according to a statement from Rochester police. The statue was left about 50 feet from its pedestal.

The base and lower part of the statue was damaged, as was a finger on the statue's left hand.

Across the United States, Douglass' July 5, 1852 speech, "What to the Slave is the Fourth of July," has been shared widely on social media and elsewhere as a reminder of the country's legacy of slavery and racism.

Douglass, a former slave, delivered the speech to the Ladies’ Anti-Slavery Society at Corinthian Hall in downtown Rochester. He told the listeners there and beyond that the country could not lay claim to the purest of ideals while willingly enslaving and oppressing its black citizens.

"It's particularly painful that it happened at this time," said Carvin Eison, a leader of the project that brought the statues to the city.

Eison said the damage to the statue is too significant for it to be repaired, but another will take its place. The damage is under investigation. And, despite a deluge of social media opinions Sunday about possible perpetrators, there is no indication yet of possible political motivation.

In the 1852 speech, Douglass credited the signers of the Declaration of Independence as "brave" and "great" men but called out the hypocrisy of celebrating the Fourth of July as a day of freedom while slaves were not free.

Independence Day to a slave, Douglass said, is “a day that reveals to him, more than all other days in the year, the gross injustice and cruelty to which he is the constant victim.”

Douglass, who escaped slavery in Maryland in 1838 and settled in Rochester for about 30 years, said in the speech that the celebration of liberty and citizenship were offensive to the enslaved population. 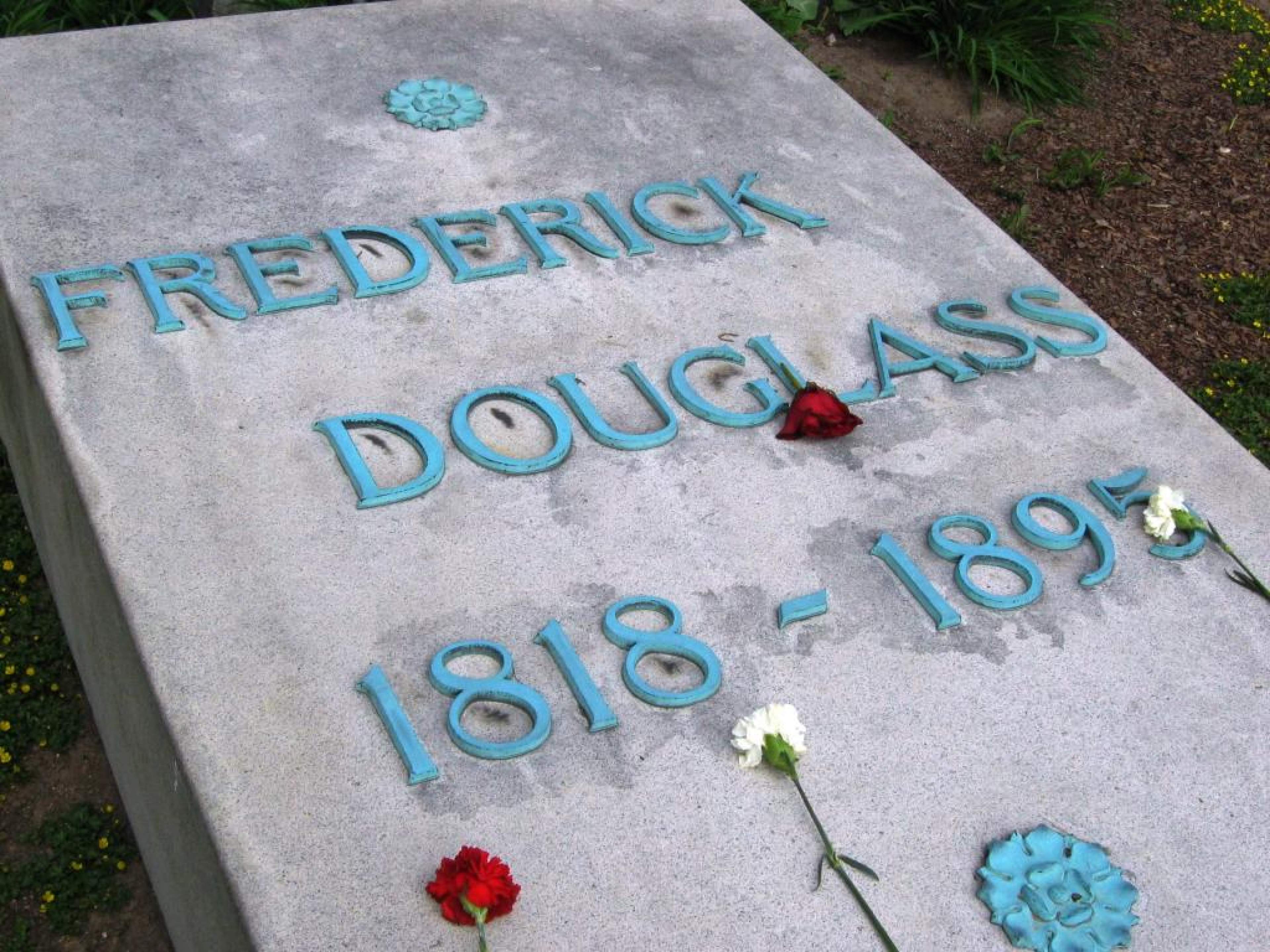 "Your high independence only reveals the immeasurable distance between us. The blessings in which you, this day, rejoice, are not enjoyed in common. This Fourth July is yours, not mine. You may rejoice, I must mourn."

The speech followed the Fugitive Slave Act of 1850. The Fugitive Slave Act denied slaves freedom if they escaped to a free state and required them to be returned to their masters. It also banned runaway slaves from testifying on their own behalf and from having a trial by jury. Douglass' address is considered one of the most important antislavery speeches prior to the Civil War.

New York emancipated slaves on July 4, 1827, 25 years before Douglass' speech. The African American community chose to celebrate emancipation on July 5 instead of the national holiday, which is why Douglass chose to mark his speech on that day.

Douglass is buried at Mt. Hope Cemetery in Rochester. After his death, he became the first Black person in the United States be memorialized with a statue. That monument now resides at Frederick Douglass Memorial Plaza at Highland Park in the city. Another sculpture, "Let's Have Tea," portrays Douglass with friend and women's rights activist Susan B. Anthony in Rochester's Susan B. Anthony Square.

Thirteen additional Douglass statues — including the one at Maplewood Park — were placed around Rochester in 2018, in remembrance of his 200th birthday.

That year, two St. John Fisher students were arrested for severe damage to one of the downtown statues. They maintained they were drunk when they vandalized the statue, while one witness claimed he heard racial slurs before the crime.

They later pleaded guilty to criminal mischief and participated in a restorative justice program in which they learned of the legacy of Douglass.

Eison contrasted the vandalism of the statue of Douglass, a man who pushed tirelessly for freedom for all, with the current removal of statues of soldiers of leaders of the Confederacy, who enslaved Black people and tried to break from the United States.

"It's really sad because here in Rochester the statue of Frederick Douglass has always been a face of good," Eison said.

There were no signs of graffiti at the statue or anywhere in the park, police said.