Mati Diop made history this year as the first black female director to compete for the Cannes Film Festival’s prestigious Palme d’Or award in the event’s 72-year history.

The 36-year-old French-Senegalese filmmaker debuted her first feature film, “Atlantics,” at the festival on Thursday.

“Atlantics” follows the story of 17-year-old Ada (Mame Bineta Sane), who is in love with young construction worker Souleiman (Ibrahima Traore). The feature film is based on Diop’s 2009 short film “Atlantiques,” which focused on the life-threatening journey of a young Senegalese man forced into dangerous migration.

During a press conference over the weekend, Diop said that as a black woman, she “really missed” seeing “black figures and black characters” on the screen growing up.

She continued, “It’s also why I made this film. I needed to see black people on screen, like huge, everywhere.”

Diop, born in France, comes from a family of world-renowned artists. She is the daughter of acclaimed Senegalese jazz-folk musician Wasis Diop and niece of Senegalese award-winning director Djibril Diop Mambéty.

“As soon as I decided I was going to become a filmmaker, it was immediately connected to my African origins, as if I wanted my cinema to be rooted there,” said Diop, who is also an actress, according to CNN. “I think I needed to use cinema to explore this territory.”

Diop, whose mother is white, told The New York Times that growing up in France, she was often in a “very white” environment, where “you’re not really invited to explore your differences.” 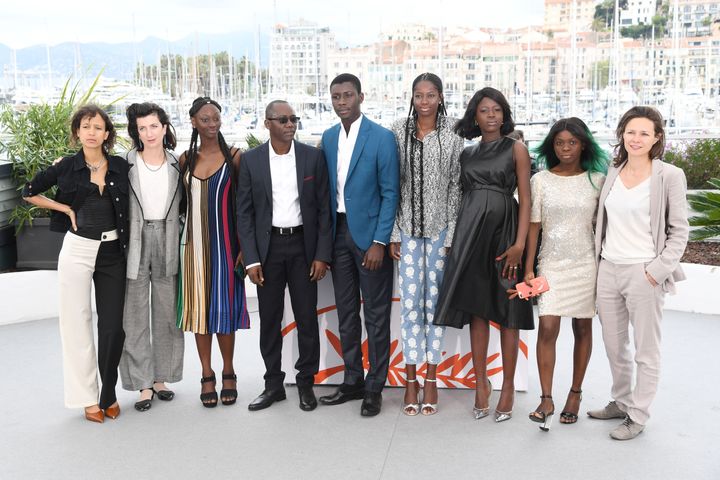 Twenty-one titles are in competition this year for the Palme d’Or, the highest prize awarded at the Cannes Film Festival. This year’s festival kicked off on May 14 and will run until May 25.

Diop told The Associated Press last week that she didn’t realize she was the first black female filmmaker to have been accepted to compete for the prestigious prize.

“My first reaction is that I found it quite sad,” she said. “I thought, ‘Oh, is it?’ So there’s still a long way to go before it becomes something completely natural and normal and something that’s not noticeable, the fact that I’m a black woman.”

The Cannes Film Festival has long faced criticism over inequality. Last year, 82 women, including members of the Cannes jury Ava DuVernay and Cate Blanchett, made red carpet appearances at the festival protesting gender inequality at Cannes and in the film industry overall.

The protest organizers noted last year that the number 82 represented the 82 films directed by women over 71 years that had been selected to compete for the Palme d’Or, compared to the more than 1,600 films by male filmmakers, according to The Hollywood Reporter.

“I must acknowledge that myself, when I was growing up, I didn’t have a black or mixed race filmmaker who would have been inspirational to me,” Diop told the AP last week.

She continued, “It’s important to have these kinds of figures. So if I may someday become a kind of figure like to for younger women, then that would be wonderful. So I think it does matter.”