Alysia Montano was heralded as a supermom of sorts when she ran the 800-meter race at the 2014 U.S. Track and Field Championships while eight months pregnant.

Just a few weeks later, the track star gave birth to a healthy baby girl. Years later, in 2017, Montano ran in another U.S. Championship race while five months pregnant with her second child. 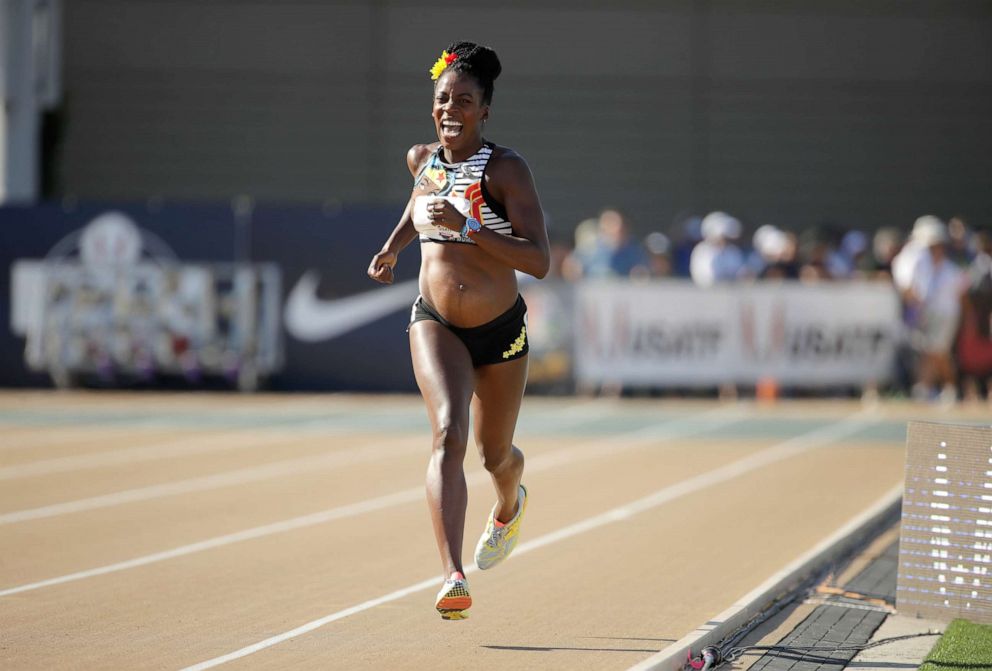 Now Montano, 33, is one of a couple of female athletes who allege to The New York Times that Nike penalized them while pregnant.

Montano spoke out in an op-ed video published Sunday in The New York Times, saying that Nike, "told me to dream crazy, until I wanted a baby."

In the accompanying article, it is said that Montano "had to fight with her sponsor to keep her paycheck."

Other athletes, all track stars, told the New York Timesthat Nike, their sponsor, did not guarantee them a salary during their pregnancies and immediately after having a child.

“Getting pregnant is the kiss of death for a female athlete,” Phoebe Wright, a runner sponsored by Nike from 2010 through 2016, told the Times. “There’s no way I’d tell Nike if I were pregnant.” 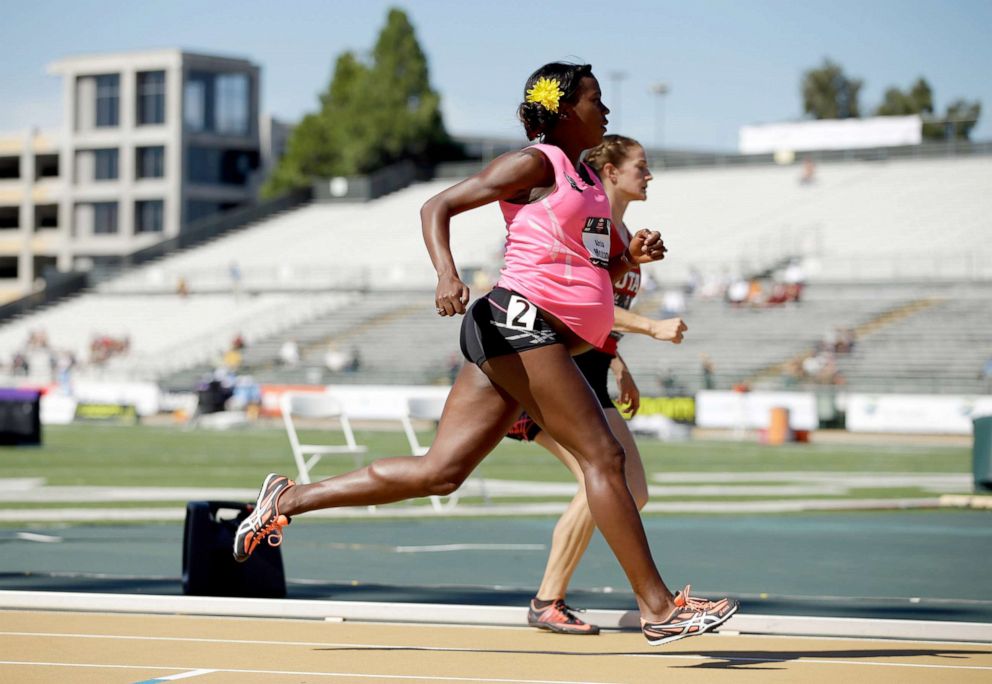 Olympian Kara Goucher told the newspaper she had to make a choice between training for a half-marathon so she could get paid by Nike to race again, or stay with her newborn son in the hospital.

“I felt like I had to leave him in the hospital, just to get out there and run, instead of being with him like a normal mom would,” Goucher said. “I’ll never forgive myself for that.”

Careers are getting longer and longer. It’s time all sponsors support women athletes throughout ALL aspects of their career. Pregnancy is a part of life for many female athletes, stop punishing them for it and start addressing it with a clear policy. https://t.co/sLAK8HOyrQ

“It took such a toll on me mentally and physically, for myself and for my child,” added Goucher, who ran the Boston Marathon seven months after giving birth. "Returning to competition so quickly was a bad choice for me. And looking back and knowing that I wasn’t the kind of mother that I want to be -- it’s gut wrenching.”

In a statement, Nike responded to the athletes' claims.

In addition to restrictions related to their sponsorships, Goucher and Montano say they both lost their health insurance from The United States Olympic Committee and U.S.A. Track & Field because they were unable to compete in the top tier of competitive races while having children.

The women's claims are similar to what non-athlete women often face in the workplace when it comes to maternity leave in the U.S.

The United States is the only country among 41 industrialized nations that does not mandate paid maternity leave, according to 2016 data from the Organization for Economic Cooperation and Development (OECD).

The U.S. Bureau of Labor Statistics (BLS) found that, in December 2017, just 15 percent of all private workers had access to paid family leave.

There are some examples, like Netflix and Facebook, of companies that provide extended paid family leave for new moms, and new dads, but it depends on the employer. Nike expanded its leave policy in 2016, making birth mothers eligible for a minimum of 14 paid weeks of leave and all new parents eligible to receive eight weeks of paid leave.

There are some female athletes who have been able to keep their sponsorship money during and after childbirth. The New York Times cited tennis star Serena Williams as an example.

Even Williams, though, had to fight for other rights -- like her tournament seeding -- when she returned to the pro circuit after giving birth to her daughter, Alexis Olympia Ohanian Jr., in 2017.

The claims against Nike from female track athletes are garnering even more attention because of the spotlight Nike has placed on female athletes in advertising campaigns.

Williams was the voice of a viral ad that ran during this year's Oscar ceremony. The ad featured famous female athletes and showed examples of the characterizations placed on them like "dramatic," "nuts," "delusional," "unhinged," "hysterical" and "crazy."

"So if they want to call you crazy, fine. Show them what crazy can do," Williams said in the commercial.

On Mother's Day, Nike tweeted a video that encourages young female athletes to dream big, and to share their dreams. The video has more than 13 million views.

Having a dream won’t change the world. Sharing one will. #justdoit pic.twitter.com/vIw16Y4e3Q