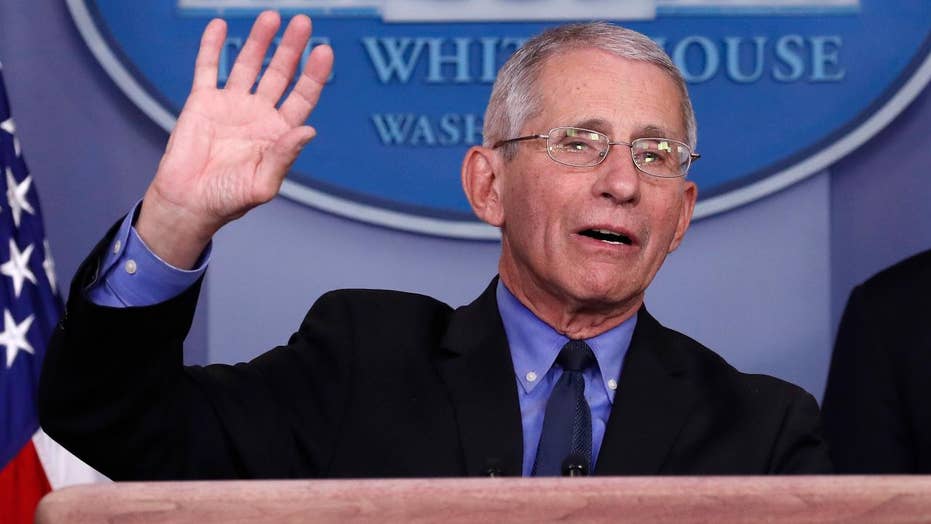 Early last week, Nick Semeraro wanted to find a way to honor Anthony S. Fauci. As the owner of a small doughnut shop in Rochester, N.Y., he had been closely tracking the latest news about the coronavirus pandemic. And night after night, he’d been impressed by how Fauci, the director of the National Institute of Allergy and Infectious Diseases, approached the crisis in a calm, knowledgeable manner.

So, as a tribute, Semeraro put the renowned immunologist’s face on a doughnut. Expecting to sell a few hundred, he was shocked when the store sold out day after day, with thousands flying off the shelves.

Donuts Delite was besieged with requests to ship the buttercream-frosted creations all over the country, and one Fauci fan drove three hours just to pick up a dozen. Soon, bakeries in Wisconsin and Pennsylvania followed suit, using edible paper to decorate pastries with Fauci’s likeness.

“We had no idea it was going to blow up this big,” Semeraro told CNN. “We didn’t know everyone else felt the same way we did.”

While Fauci was already a respected scientist before the outbreak, his appearances during White House press briefings have made him a household name and an unlikely celebrity. With his straightforward demeanor and willingness to contradict President Trump, he’s begun to develop the same kind of cult following as Supreme Court Justice Ruth Bader Ginsburg and former special counsel Robert S. Mueller III, who inspired countless “Plank like RBG” tank tops and a bizarre illustrated children’s book, respectively.

Even as whole swaths of the global economy collapse, the pandemic has created a robust cottage industry of Fauci-themed merchandise, including bottle openers, magnets and mugs. On Etsy, you can buy “Honk for Dr. Fauci” bumper stickers, prayer candles depicting “St. Fauci” and socks printed with Fauci’s face. Graphic T-shirts bear slogans such as “I Need a Hero” and “In Dr. Fauci We Trust.”

If so inclined, you can even decorate your home with an “I Heart Dr. Fauci” throw pillow, or purchase a replica of Fauci’s jersey from the time he captained the basketball team at Manhattan’s Regis High School. Lingua Franca, which sells cashmere sweaters embroidered with resistance-friendly slogans for $380 and up, recently began taking orders for an army-green “Dr. Fauci Fan Club” knit.

We’ve got our uniform shirts ready, now we just gotta decide on who’s gonna be pres, secretary and treasury of our new fan club! Who wants to join? 👨‍⚕️ #drfauci #drfaucifanclub (email us to order.)

In honor of Fauci’s Italian heritage, a clam bar in Long Island named a linguine dish after him this week. (Available for pickup only, “the linguine with white clam sauce shares origins with Fauci, as the sauce itself was invented in the Fauci Family’s native Sciacca, Italy,” the restaurant claimed in a statement.)

As countless Americans remain glued to the news while trying to stay indoors, a robust Fauci fandom has flourished online. On Facebook, the “Dr. Anthony S. Fauci Fan Club” has over 32,000 members. Thousands more congregate in groups with names such as “Dr. Anthony S. Fauci, the Man, the Myth, the Legend,” “Dr. Fauci Speaks, We Listen” and “Dr. Fauci Memes for Social Distance Teens.”

An unassuming 79-year-old public servant who has advised six presidents, Fauci has become a “reliable constant in a time of uncertainty,” The Washington Post’s Ellen McCarthy and Ben Terris reported. But his admirers — and there are a lot of them — worry that it’s only a matter of time before he’s sidelined by Trump.

When Fauci missed a White House news conference earlier this month, panic erupted on Twitter, along with speculation that he could be sick. There was palpable relief when he resumed his regular position at the podium the following day and appeared to hide some exasperation as Trump referenced “the deep state.”

Fauci later explained that he had simply been trying to dislodge a lozenge from his throat. But the much-analyzed “Fauci facepalm” had already become a meme, deployed by liberal members of what’s known as the resistance.

Fauci is all of us pic.twitter.com/4kGDKl8p7t

Fauci’s newfound fame can be partially attributed to his willingness to engage with all forms of media — in recent weeks, he’s gone on a Barstool Sports podcast, chatted with basketball star Steph Curry on Instagram Live as Barack Obama listened in, and appeared on “The Daily Show With Trevor Noah.”

But it also undoubtedly helps that his fans tend to take social distancing seriously and consequently have ample spare time to produce fan art or perform songs written (or modified) in his honor.

On social media, Fauci’s virtual fan clubs peruse old photos of the infectious disease expert in search of “comfy turtleneck vibes,” stitch his face on embroidery hoops and discuss erecting statues as tribute. They frost his name on cookies and joke about constructing shrines in his honor. Prominent activists and entertainers confess to wanting to marry him, or have him tuck them into bed.

Fauci has remained characteristically modest about his new status as a cult figure. “Well, that’s very nice,” he responded when McCarthy and Terris mentioned that people all over the country were praying for him. Of course, that means that his fan base has only continued to grow.

“I never met a guy that, worldwide, he is so loved,” Semeraro, the Rochester doughnut shop owner, told CNN. “And a month ago, we never knew his first and last name.”