One of the rising stars in the Democratic Party credits the traditions instilled at his alma mater, Florida Agricultural and Mechanical University (FAMU), for putting him on the road of success in his political career.

Looking back, the odds were against Andrew Gillum finding his way into FAMU, one of the nation’s oldest HBCUs. There was no tradition of higher education in his family. In fact, the Florida native—the fifth of seven children—was the first in his family to graduate from high school and college.

Gillum said the plan was for him to join the military after finishing high school. But the game plan changed when he was introduced to Hillman College on The Cosby Show spinoff A Different World.

“It was an HBCU with all of these talented, beautiful black faces,” he recalled. “I just had never seen that kind of black excellence displayed, of people who looked like me. So, I was determined from that point that I was going to Hillman College and got really serious about my academics.”

Gillum laughs at himself now because he thought that Hillman was a real school. Gillum first realized that it was a fictional college on the TV sitcoms when he tried to send his SAT scores to Hillman. However, his dream of attending Hillman set him in search of an HBCU to attend. 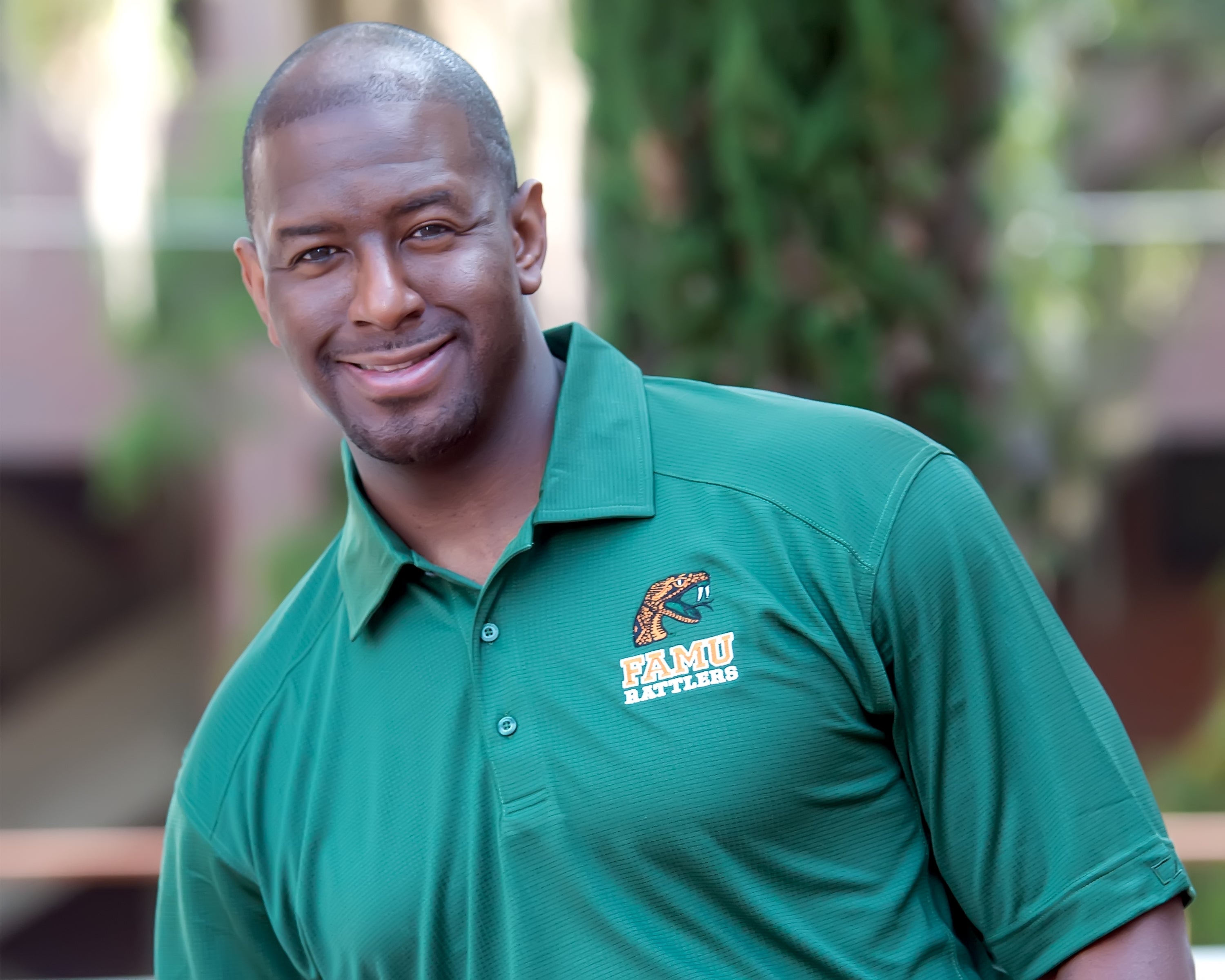 “I found Florida A&M University on a black college tour, and FAMU became my Hillman,” he stated.

FAMU was founded on Oct. 3, 1887, as the State Normal College for Colored Students with 15 students and two instructors. Located in the capital Tallahassee, FAMU now enrolls nearly 10,000 students and routinely ranks among the top HBCUs on U.S. News & World Report’s “Best National Universities.”

FAMU was among the last stops on the HBCU tour back in 1998, and as fate would have it, Gillum’s high school group arrived at the campus on Set Friday.

The Set is a weekly gathering of students on campus to socialize while jamming to a DJ’s beat and just have some fun. Student organizations, sorority and fraternity members, and other campus groups come out to celebrate campus life. Gillum said he had never seen anything like that.

“When we got to FAMU, it was all she wrote,” he recalled. “It was everything I envisioned a university was supposed to be. It was a beautiful campus with beautiful people. It most reminded me of Hillman College. And so, I found my Hillman at FAMU.”

Gillum enrolled at FAMU in the fall of 1998. Interestingly, the future Tallahassee mayor was admitted to the university’s business school. But FAMU’s tradition of instilling black pride and nurturing activism was instrumental in changing Gillum’s career path. 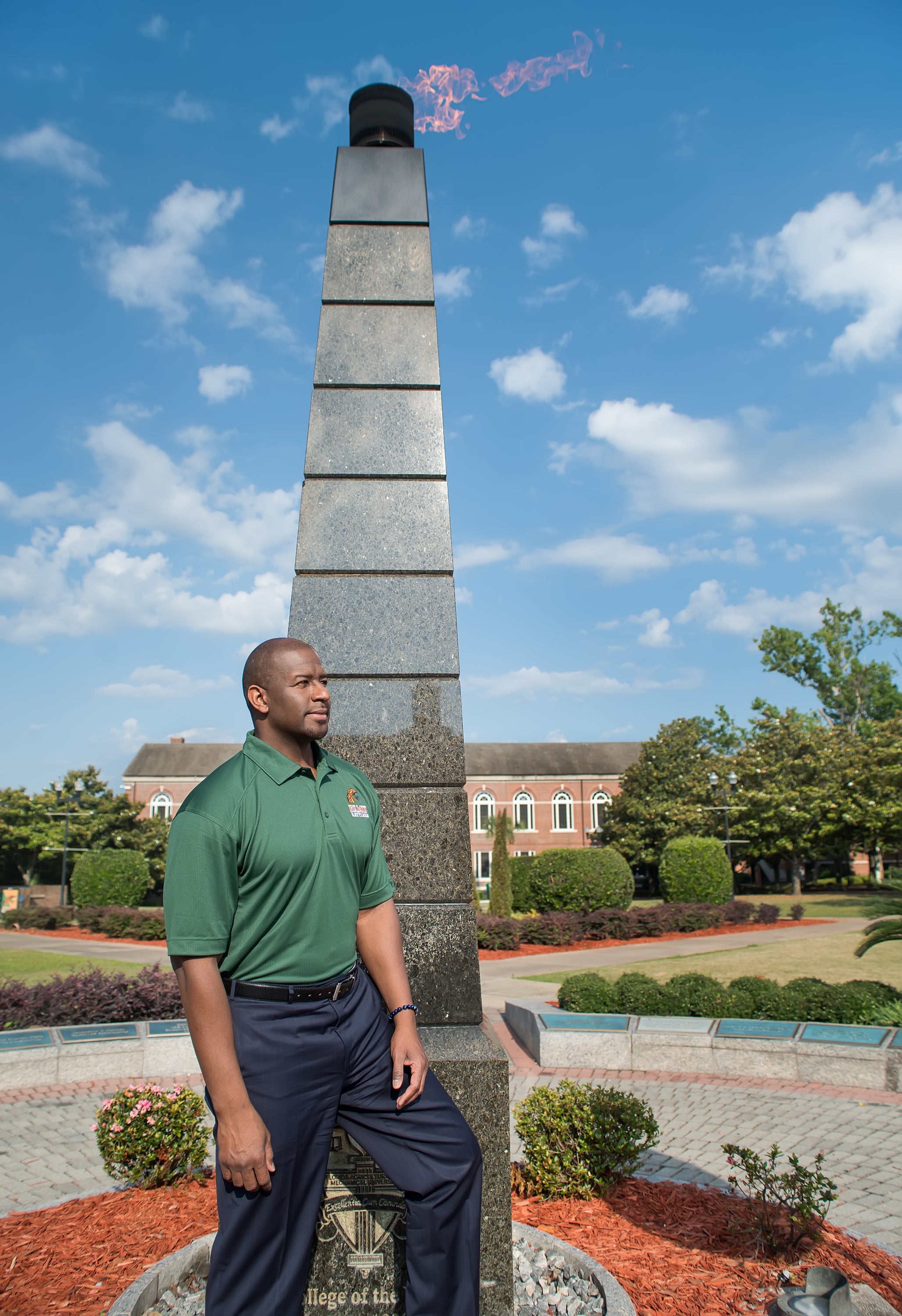 He said every FAMU student, between freshmen and sophomore years, had to take an introductory course on Africa and African-American history. “We had to learn the fullness of our experience—not just beginning in America but before arriving in America,” Gillum added. As part of their education, students were also encouraged to get involved in a cause by professors who were “woke, as we would say today.”

“Politics was already on overdrive at FAMU because Tallahassee is the state capital. During my freshman year, we organized protests in Tallahassee. It seemed like every year there was something going on that was either threatening our university directly or black people in Florida,” he said.

Gillum served as a senator in the Student Government Association, Senate president and SGA president from 2001 to 2002. As Senate president, he led a student march in Tallahassee to protest Gov. Jeb Bush’s plan to abolish affirmative action in the state’s university admissions process and in awarding state contracts. At age 23, while still a student, Gillum became the youngest person elected to the city commission.

FAMU has many proud traditions. There’s one that tends to overshadow all the others: The Marching 100. The university’s famed marching band was established in 1892 and credited for creating at least 30 innovative techniques that are now standard maneuvers for many high school and college marching bands.

“The first time I saw them perform it was sheer brilliance. You can’t have an HBCU experience without a marching band. FAMU does it differently. They set the standard. The music, the culture, the precision that they cultivated shows on the field and carries over to the classroom,” Gillum stated.

Another tradition that runs deep involves the school’s quadrangle. FAMU students are taught, on day one, to honor those who built and sustained the institution decades after the end of slavery. That’s instilled through the tradition of not walking on the grass in the Quad. 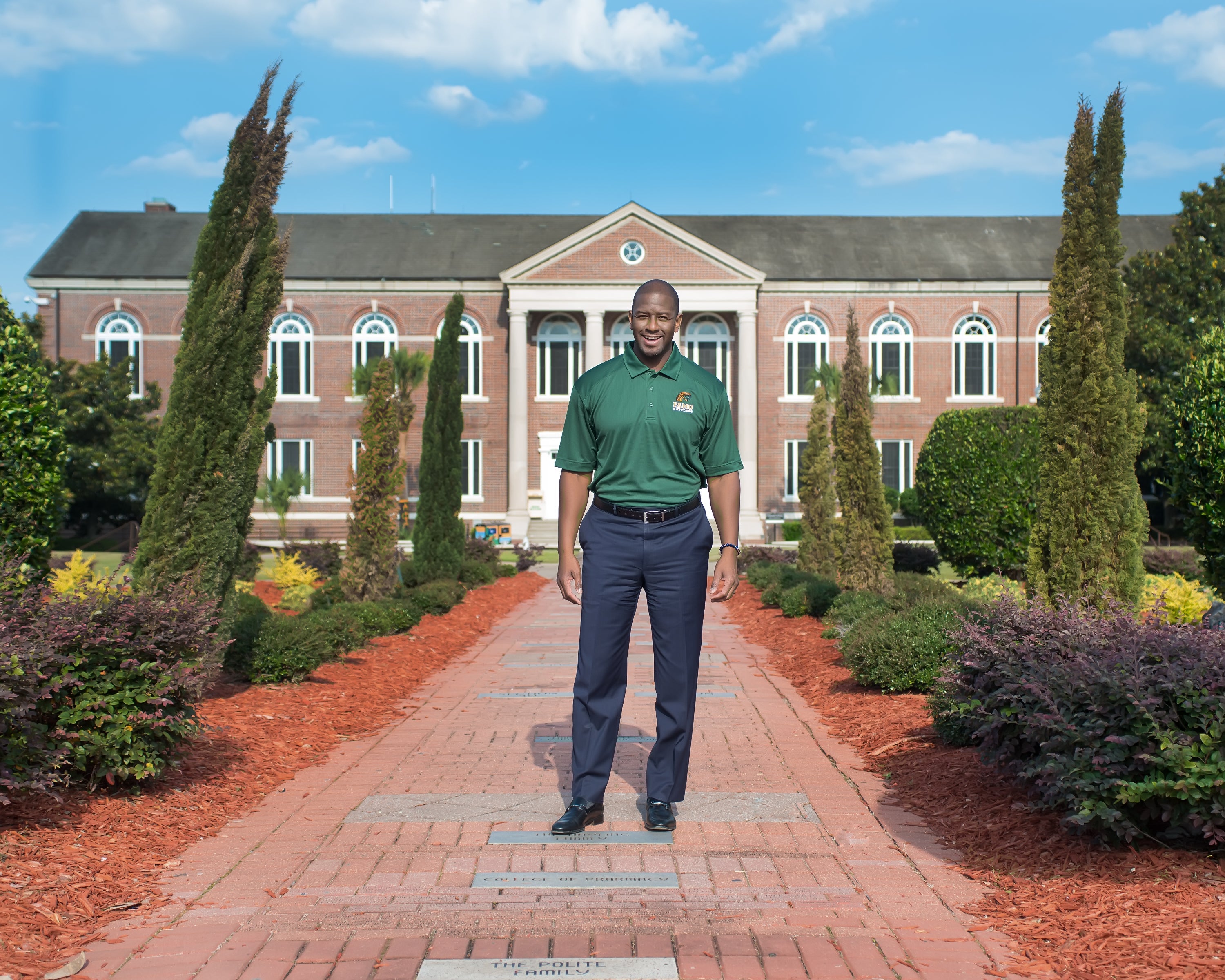 “The Quad is sacred because it was among the oldest parts of the campus from when there was only one building to educate students,” Gillum said. “We learned as freshmen, you don’t walk on the grass in that sacred area where the eternal flame of the university sits. Other students would check you if you didn’t abide by that tradition. Twenty years later, I still observe that tradition when I’m on campus.”

Gillum misses the fellowship and camaraderie with lifelong friends from his college days. Fortunately, he’s able to relive those times because there’s a tradition of remaining connected to the university through the alumni association, homecoming and a variety of informal events to support the school.

“There’s an expectation that you come back. When you cross the stage at graduation, that’s not the ending of your engagement with the university,” he emphasized.