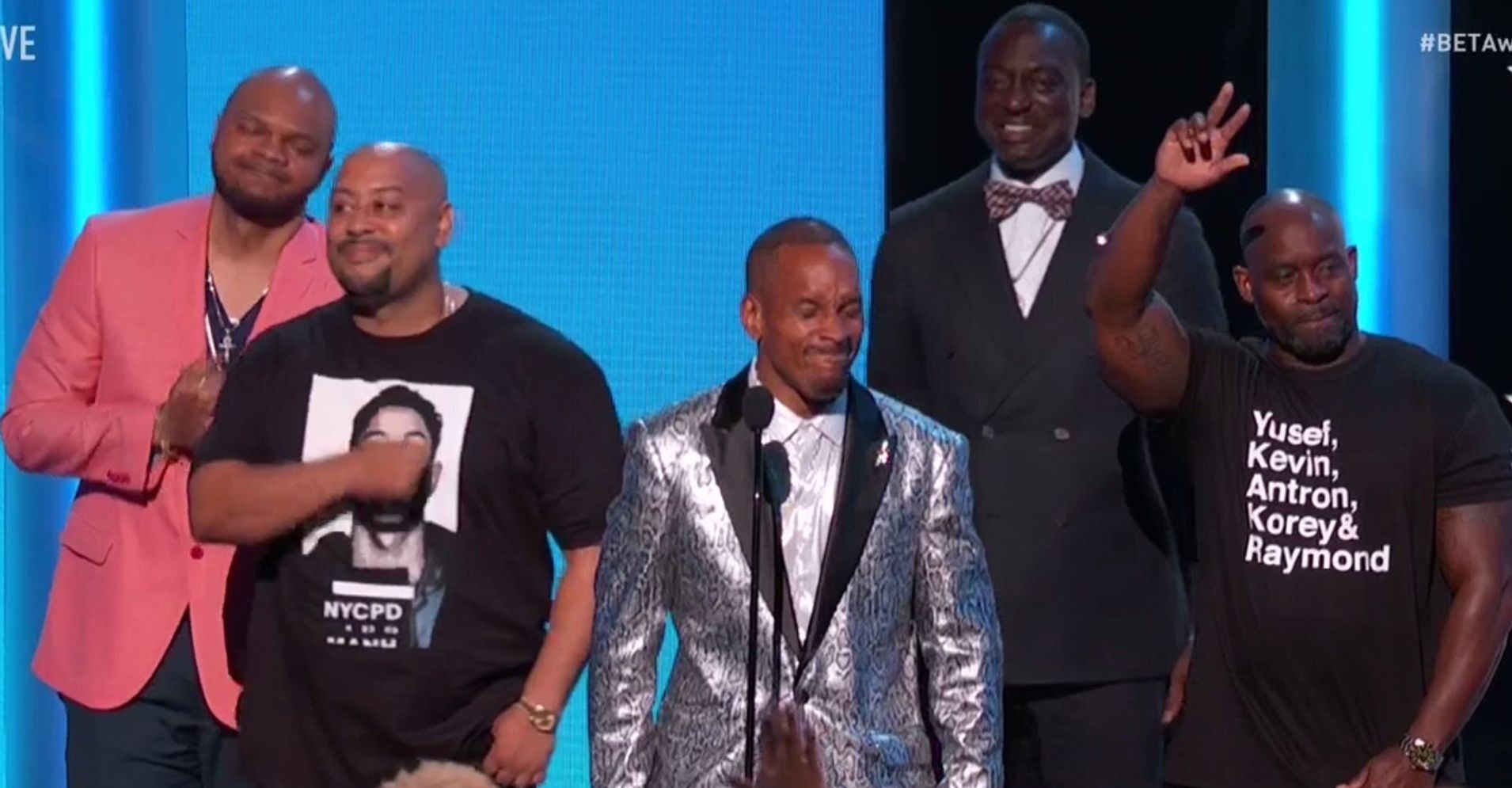 The Central Park Five took center stage at the 2019 BET Awards on Sunday.

Audience members rose to their feet to cheer on the men, who each took a turn at the microphone to deliver a message about the power of truth in the face of injustice.

“We are all on an individual journey in life. We don’t know where our journeys will take us or how they will collide with others,” they said. “I didn’t know that one day would bond me to these men for the rest of our lives. But I know that in telling our truth, our lives have been changed forever. Your truth is the foundation your legacy will be built upon. Your truth will be the memories people keep long after you’re gone.”

McCray wore a T-shirt featuring each of their names and Santana Jr. wore one that prominently displayed his mugshot.

The men, who were just teenagers at the time, were falsely accused and wrongfully convicted of attacking and raping a white woman jogging in New York City’s Central Park 30 years ago. 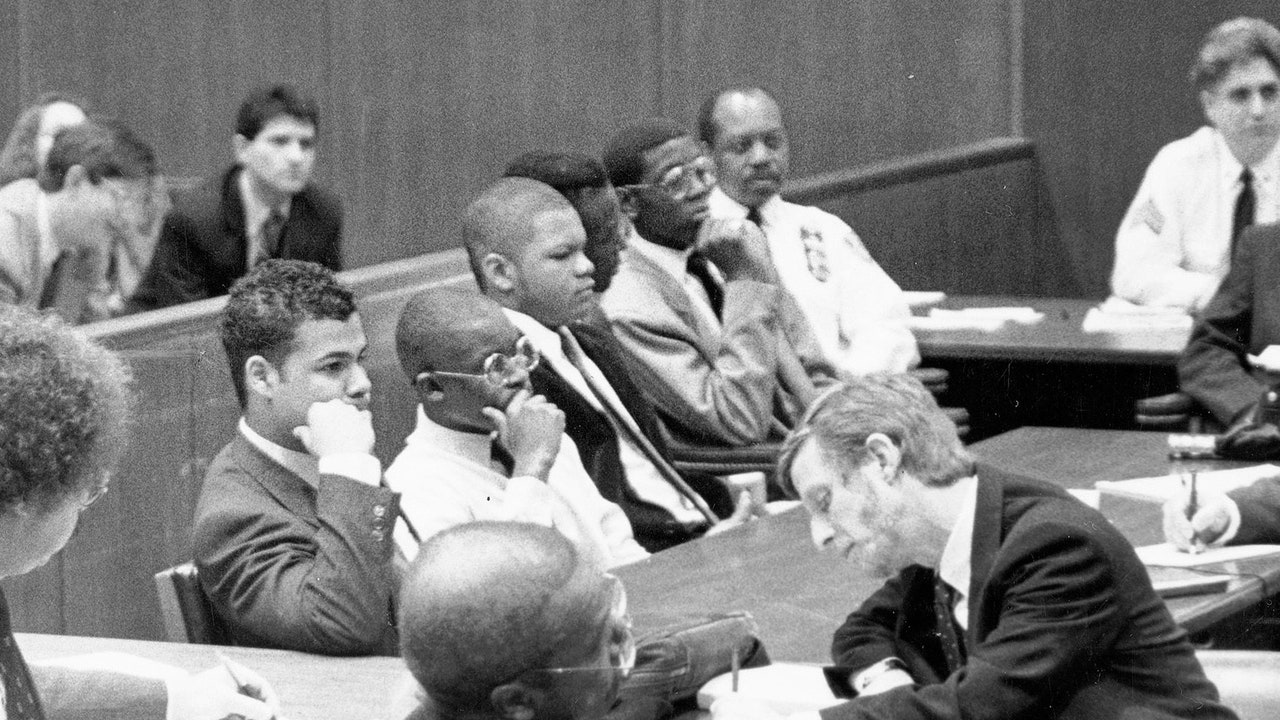 After serving sentences that varied from six to 13 years, the men were exonerated in 2002 due to new DNA evidence and a confession from serial rapist and murderer Matias Reyes. The charges were subsequently dropped and the five men were awarded $41 million from the city in 2014.

Their story has received renewed attention this month thanks to Ava DuVernay’s four-part Netflix series “When They See Us,” which documents their arrests and convictions, as well as the fallout from the case, in harrowing detail.

DuVernay, like many people watching the awards show at home, tweeted in support of the men.