If the two choices on how to react to the coronavirus pandemic are to “go big or go home,” most have opted to go home.

Erykah Badu is not most. 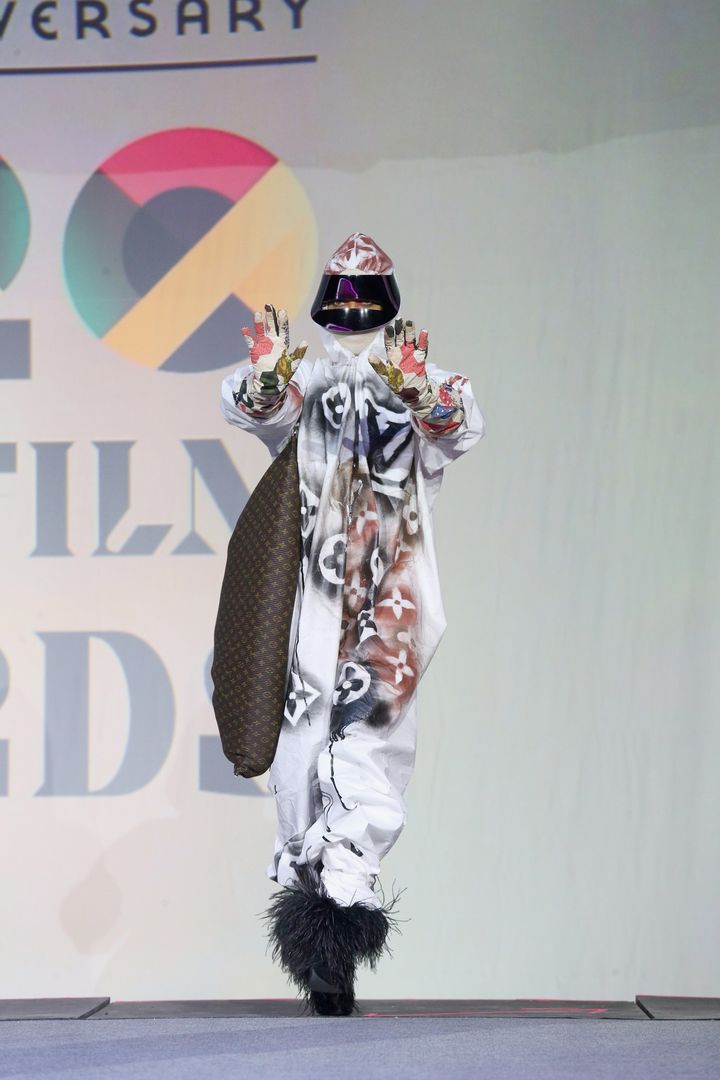 Badu attended the ceremony to accept a soundtrack award amidst the news that her March 13 concert in Atlanta, part of a tour with Common, would be postponed. 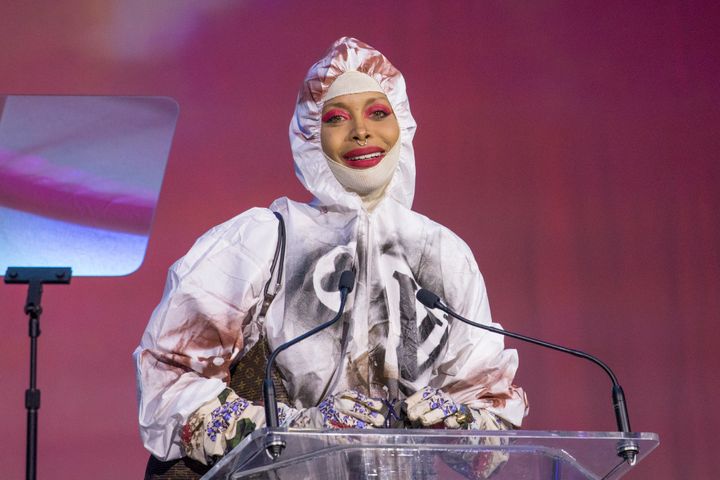 She shared photos of the suit in action on her Instagram account, prompting reactions from followers like “Chiccccc,” “It actually becomes you” and our personal favorite, from none other than Chaka Khan, “Hey Sister Gal!!!!”.

Badu practiced her own social distancing while accepting the award from host Parker Posey .... 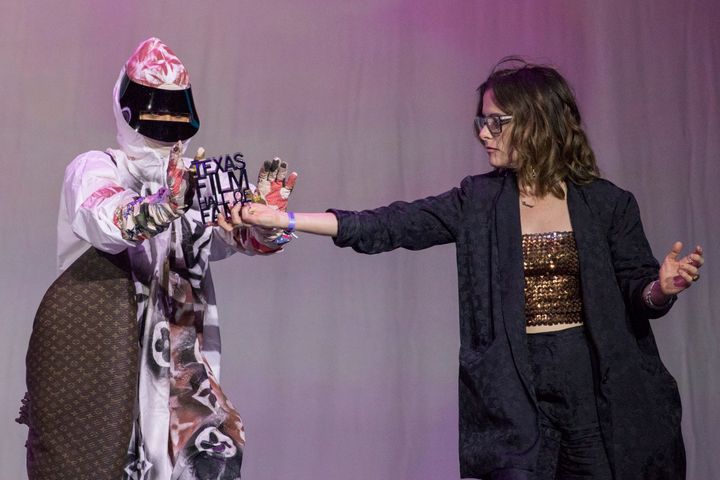 ...but got way closer than the recommended 6-10 feet apart for a photo-op. 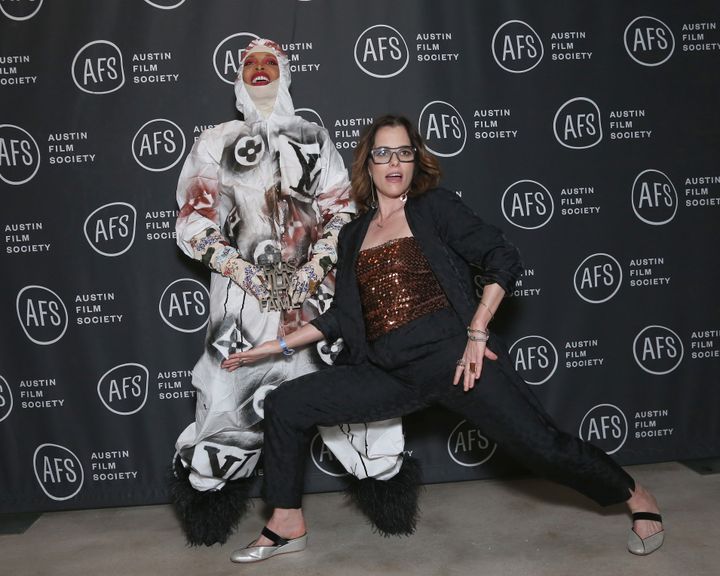