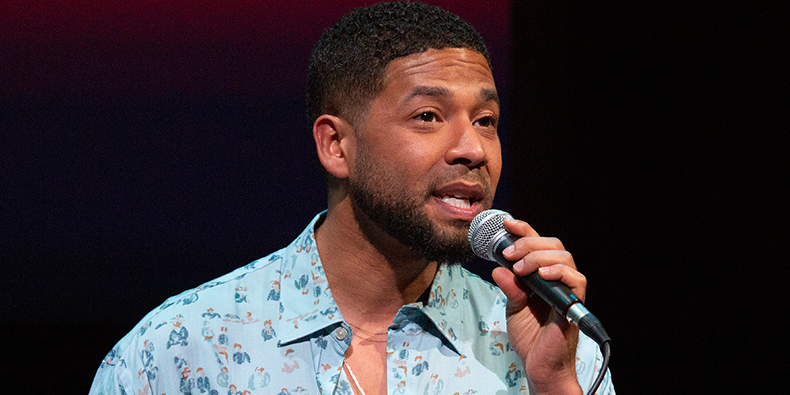 Jussie Smollett—the actor and singer best known for his role as Jamal Lyon on the TV series “Empire”—was reportedly hospitalized in Chicago early this morning after two men attacked him in what was an apparent hate crime, according to TMZ and Entertainment Tonight. Smollett was allegedly walking out of a Subway sandwich shop when two masked men began to call him homophobic and racist slurs and attack him. TMZ reports that the attackers put a noose around Smollett’s neck, poured bleach on him, and yelled “This is MAGA country” before leaving the scene.

Smollett was released from the hospital this morning, according to TMZ. He reportedly suffered from a fractured rib. According to a police statement given to ET, the Chicago Police Department is “taking this investigation very seriously and treating it as a possible hate crime.”

A rep for Smollett did not return TMZ's request for comment.

Smollett plays openly gay musician Jamal Lyon on the Fox series. The actor told Ellen DeGeneres in 2015 that he identifies as gay but does not discuss his personal life in public.

"I choose not to talk about my personal life. But there is without a doubt, no closet that I've ever been in, and I just wanted to make that clear. But it was most important for me to make that clear to you on your show at this time in the world.  And that's where I'm at," he shared.

According to Variety, Smollett was in Chicago to perform at a show on Saturday.