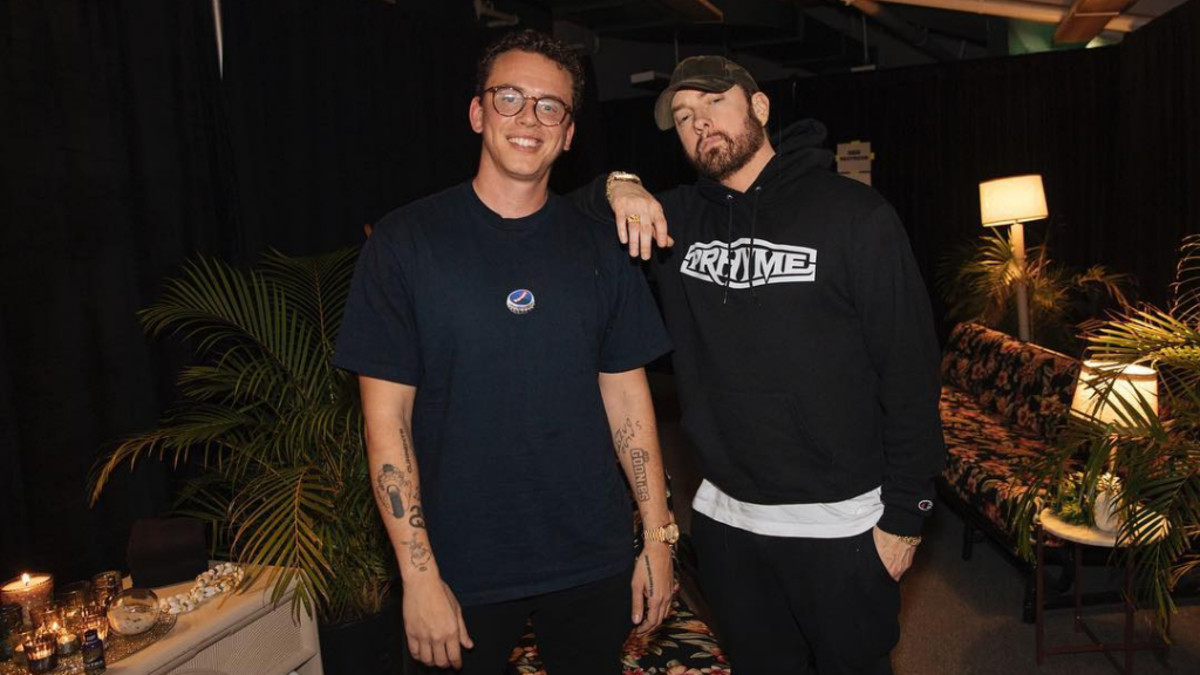 Eminem and Logic have some thoughts on the state of rap today, airing their grievances on their new song "Homicide."

The third single released from Logic’s forthcoming album "Confessions of a Dangerous Mind," "Homicide" is the first time Eminem and Logic have made a song together, a fitting collaboration considering both rappers' reputations within their fanbases as saviors of real hip-hop in an industry of phonies.

Without naming any names, both artists come out strong against their rap peers on "Homicide," with Logic beginning his first verse with a declaration of war: "I'm foamin' out the mouth, ain't nobody takin' me out / Every single rapper in the industry, yeah, they know what I'm about / And I dare you to test me / 'Cause not a single one of you (expletives) impress me / And maybe that's a little bit of an exaggeration / But I'm full of innovation / And I'm tired of all of this high school 'he's cool, he's not' rap (expletive) / Can a single one of you (expletives) even rap? (Expletive)."

"No, this ain't a diss to the game, it's a gas to the flame / Nowadays, everybody sound the same, (expletive) is lame," he adds.

Eminem, who has come out in several songs over the past few years against rappers who allegedly use ghostwriters, continues to carry the flag on "Homicide," declaring, "Jig is up, you (expletives) who didn't write anything" and "I don't want to (expletive) listen to you spit your raps someone else wrote."

In February, Logic tweeted two photos with the 46-year-old Detroit rapper, previewing their collaboration to come.

It was incredible really sitting and just hanging with a man I’ve studied my whole life. And I learned him and his homies are just like me and mine. All we talk about is rap haha it’s the best! Thanks Em! For all the Love #RapkinNaNapkin pic.twitter.com/ezhLlQcsX9

"It was incredible really sitting and just hanging with a man I’ve studied my whole life," he wrote about Eminem. "And I learned him and his homies are just like me and mine. All we talk about is rap haha it’s the best! Thanks Em!"

"Homicide" ends on a lighter note, sampling a 2018 viral video from the comedian Chris D'Elia doing a spot-on Eminem impression.

"Hey. So @Eminem and @Logic301 put my impression of Em on their new song," D'Elia tweeted about the song Thursday. "It comes out this Friday. I’ve known for a few days but since it’s Friday in some countries, I’m tweeting it now. Things like this are just... unreal to me. Thanks, guys!"