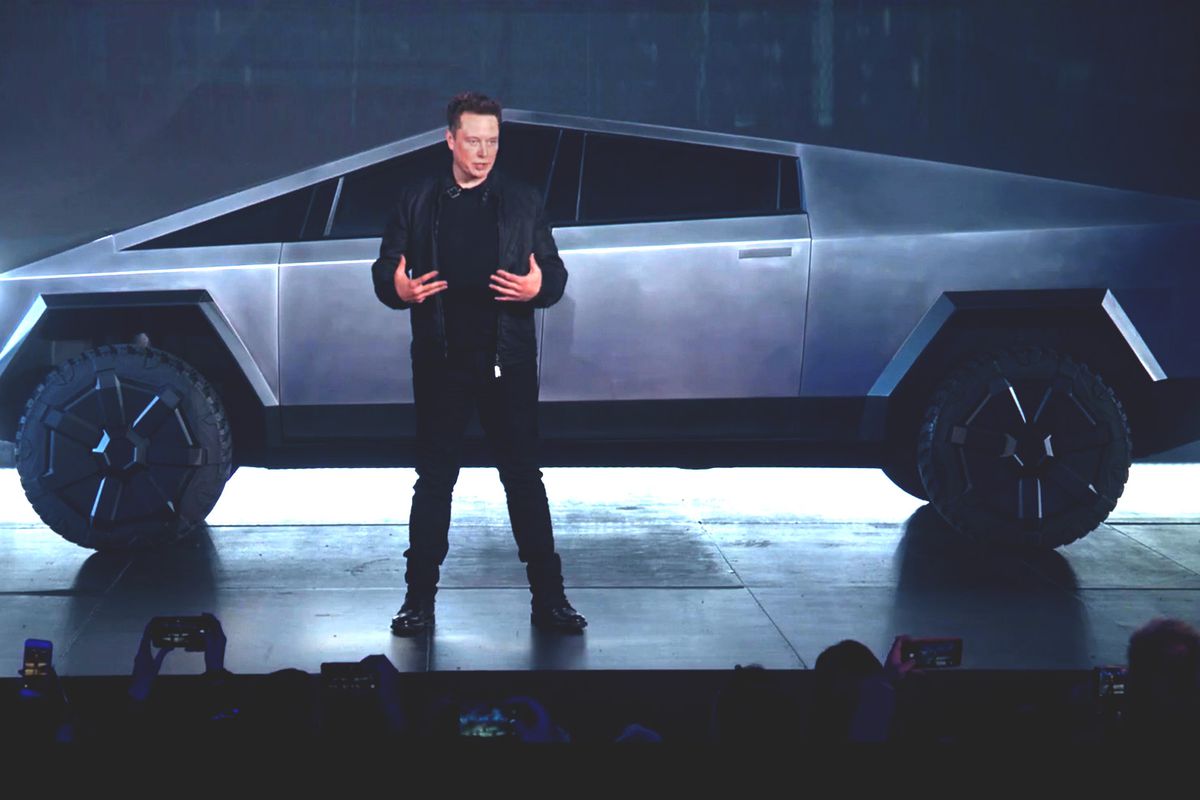 Tesla CEO Elon Musk unveiled the company’s all-electric pickup, the Cybertruck, on Thursday night at one of his company’s signature promotional events in Los Angeles. The vehicle, which represents a large metallic trapezoid, will start at $39,900.

The truck is Tesla’s sixth vehicle model since the company was founded in 2003, and is its most experimental. It will be competing in a market against the Ford F Series, which has been the bestselling pickup for more than 40 years in the U.S., followed by General Motors’ Chevrolet Silverado, another formidable competitor.

Musk previously said Tesla intended to price its base model at under $50,000, that the truck’s styling would be “cyberpunk,” rather than traditional, inspired by two films -- “Blade Runner” and “The Spy Who Loved Me.” The CEO also previously suggested that demand for Tesla’s pickup may be less than that for the company’s flagship Model S sedan and Model X SUV combined owing to its unique design.

At the event on Thursday, the CEO introduced Tesla Chief Designer Franz Von Holzhausen to demonstrate how much of a beating the Cybertruck could take.

The design leader took a sledgehammer to the body and a metal ball to the side window of the Cybertruck. He shattered the window, to Musk’s surprise, but the metal ball did not go through the glass.

Earlier, Musk had claimed the truck was bulletproof against a 9mm handgun.

The low-end Cybertruck, which has a single-motor and rear-wheel drive, should get 250 miles per charge. The dual-motor all-wheel-drive version, which will cost $49,900, should get 300 miles of range. And the trimotor with all-wheel drive will cost $69,900 with 500 miles of range. The company anticipates that production of the lower-priced Cybertrucks should begin in late 2021 with the trimotor to follow in 2022.

All versions of the pickup will have Tesla’s Autopilot, advanced driver-assist features standard. An optional “self-driving” package costs $7,000 if customers order it today and are willing to wait for autonomous driving features that have yet to be developed.

The Tesla CEO took several digs at Ford, the leader in the pickup category. He showed video of a “tug of war” between the F-150 and the Cybertruck. Ford took the wraps off its Mach E all-electric Mustang SUV on Sunday.

Musk also promised “one more thing,” after the truck demo — and showed off an electric all-terrain vehicle, which was designed to roll up into the back of the Cybertruck.

Tesla didn’t disclose pricing or say whether and when it intends to manufacture and sell its ATV during the livestreamed presentation.

Ahead of the unveiling, Toni Sacconaghi, senior technology research analyst at AB Bernstein, said on CNBC’s “Power Lunch” on Thursday: “The pickup market is really big, it’s about 3 million units in the U.S., and that’s about 65% of the size of what we think the addressable market is for the Model 3 and Model Y.” He was referring to Tesla’s most mainstream car, an electric sedan, and forthcoming crossover SUV. He said if Tesla’s product was niche, it could at least be made at one of its existing factories in the U.S.

In a research note out Friday morning, Sacconaghi said: “Tesla’s Cybertruck looks weird ... like, really weird. Musk had warned investors that Tesla’s pickup would be “really futuristic, like cyberpunk Blade Runner,” and he wasn’t kidding. Add a little bit of dirt, and you could even say it gives off a retro-future vibe a la Mad Max.”