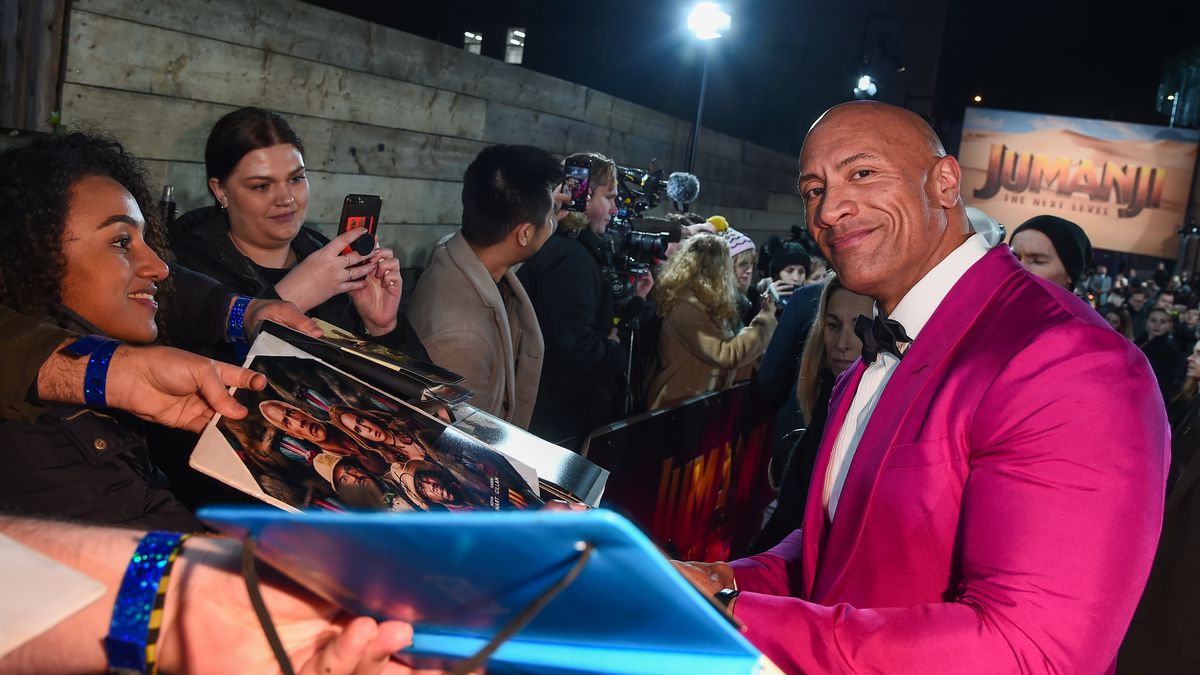 Dwayne “The Rock” Johnson, once the “Sexiest Man Alive,” is now the most followed man in America.

Making the official announcement, the chiseled action star took to Instagram on Thursday, decked out in fine threads and accompanied by an ice-cold bottle of his recently launched Teremana Tequila.

“What a past few weeks this has been,” he said in the four-minute clip. "I wanted to share with you guys the life lessons that I have learned these past couple of weeks and, if you guys see fit, you can take this life lesson that I’ve learned and you can apply it to your life, again, where you see fit and where you think it might find value,” he said.

Here’s what I’ve learned these past few weeks and maybe, you can find value in this take away and apply it to your own life. Always speak your truth. And when you do speak your truth - do your best to speak with dignity, compassion, respect, poise and empathy. Even when the conversations get uncomfortable - when you approach with respect and care - on the other side of discomfort - is clarity and progress. THANK YOU, THANK YOU, THANK YOU for giving me the space to speak my truth. You have my word, I’ll always do my best to speak my truth with dignity, respect, empathy and GRATITUDE. That’s my lesson I’ve learned. And the result of speaking my truth is I was just informed, I’ve surged past and blown by 200 MILLION FOLLOWERS on Instagram and over 300 MILLION FOLLOWERS across all platforms - officially becoming/ The #1 followed man in America. The #1 followed American man in the world. And most importantly, the #1 daddy at home. Love you guys, I always got your back and let’s keep rockin’ 🖤👊🏾 #speakyourtruth #dignityrespectgratitude #thatsoursuperpower 🇺🇸

Johnson thanked his followers for giving him the space to speak his truth in the caption. “And the result of speaking my truth is I was just informed, I’ve surged past and blown by 200 MILLION FOLLOWERS on Instagram and over 300 MILLION FOLLOWERS across all platforms,” he wrote. “Love you guys, I always got your back and let’s keep rockin',” the Joe Biden/Kamala Harris supporter concluded.

While 200 million followers is quite impressive, the 48-year-old California native got a ways to go before he matches the most-followed man on the planet; Portuguese soccer superstar Cristiano Ronaldo, who has amassed 239 million followers.

But that’s cool. In August, Forbes' magazine named Johnson the highest paid actor in the world — for the second year in a row.