It was 2019 when the news first hit that Kenan Thompson had landed a series order for a single-camera comedy on NBC. Nearly two years later, that show, titled “Kenan,” is finally making its big debut.

After some name tweaks, plot rejiggering, casting changes and a pandemic, the series is in its third iteration. Originally piloted with executive producer and director Chris Rock in 2020, “Black Monday” showrunner David Caspe stepped in and co-wrote the pilot with “Superstore” scribe Jackie Clarke.

Although it is loosely based on his own life ― the “SNL” star grew up in Atlanta and is the father of two girls with his wife, Christina Evangeline ― Thompson thought it would be beneficial to explore the life of a widower on a primetime comedy. Clarke had lost her own mother at a young age and wanted to tell a story about a family moving on after the death of a parent.

“What if there was a guy struggling with the love of his life not being in his life anymore, and what that would look like? And how do you still make that a sitcom? I thought that would be intriguing to watch,” Thompson told Variety. 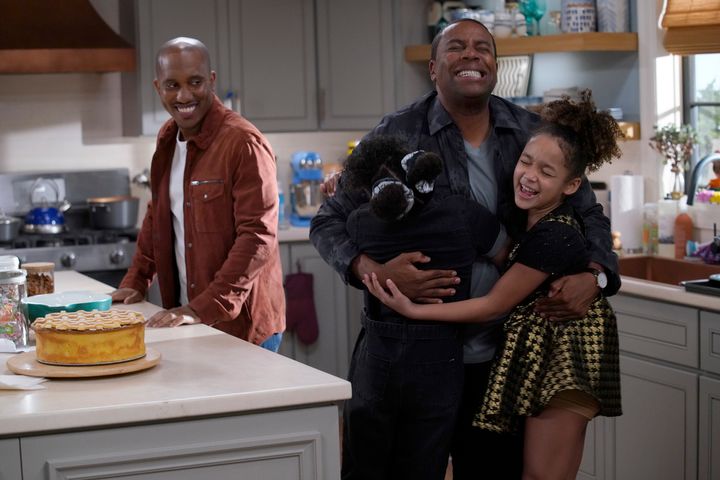 Preceding “Kenan” on Tuesday nights is “Young Rock,” another half-hour sitcom featuring a big-name headliner: Dwayne “The Rock” Johnson. Co-written and executive-produced by “Fresh Off the Boat’s” Nahnatchka Khan and Jeff Chiang, the show focuses on 2032 presidential candidate Johnson, who looks back on different chapters of his life while on the campaign trail. Viewers will see The Rock as a kid (Adrian Groulx) growing up in a professional wrestling family and as a late teen (Uli Latukefu) playing football at the University of Miami, while learning more about his parents and the wrestling personalities he met on his path to fame.

“It was incredibly complicated and incredibly tough growing up, specifically with these timelines in my life of 10 years old, 15 and 18,” Johnson said at NBC’s TCA press tour last month. “Universe willing, if we’re lucky enough to come back for another round of this thing, there’s a lot of other things that took place in between.” 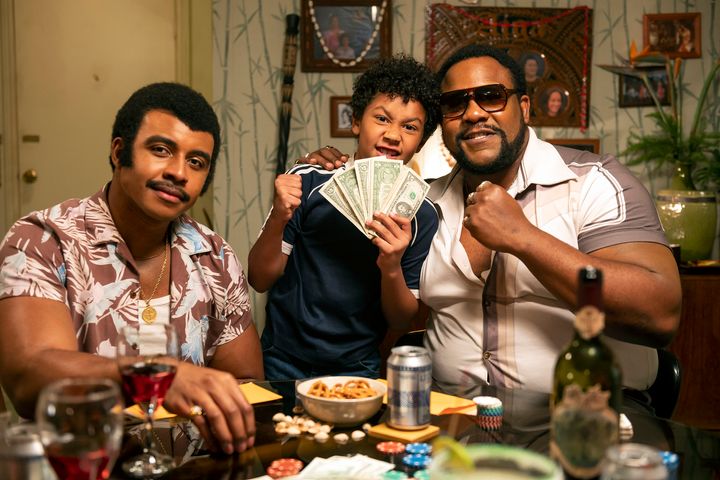 Both Johnson and Thompson are no strangers to TV. On top of his blockbuster career, Johnson starred in five seasons of HBO’s “Ballers.” And Thompson got his big break as a kid comedian on Nickelodeon with “All That!” and “Kenan & Kel.” Since 2003, he’s been a main player on “SNL,” making him the longest-running cast member to grace Studio 8H in Rockefeller Plaza.

That tenure is proving tricky for Thompson as he navigates a new work schedule. The 42-year-old actor is traveling back and forth between Los Angeles, where he shoots “Kenan,” and New York, for Saturday nights ― all during the coronavirus pandemic.

“I couldn’t have pictured it necessarily being the way it is, but I’m definitely enjoying the ride,” he said. Co-star Redd joins him for the weekly commute.

It’s that work in LA on Fridays, work in New York on Saturdays kinda life, but we livin it!✈️ Glad to have my buddy, @Reddsaidit along with me for the ride!! #Kenan #SNL pic.twitter.com/Ts3jm5BJbe

“Kenan” transitioned to a multi-cam setup to speed up the production process amid COVID-19 protocols and so Thompson and Redd could return to “SNL” full-time by spring. The “Young Rock” cast and crew have also been filming under strict health and safety guidelines in Queensland, Australia.

“Both comedies, each from incredibly talented auspices, are relatable and optimistic,” Lisa Katz, president of scripted content, NBCUniversal Television and Streaming, told HuffPost. “The shows take a comedically honest look at family life, showing that even under trying circumstances, there are always moments of warmth and laughter.”

Somewhat thankfully, unlike “This Is Us” or “Superstore,” the coronavirus is, so far, not a part of either show’s plot. Perhaps viewers can truly find an escape with network TV’s unmasked comedy kings.