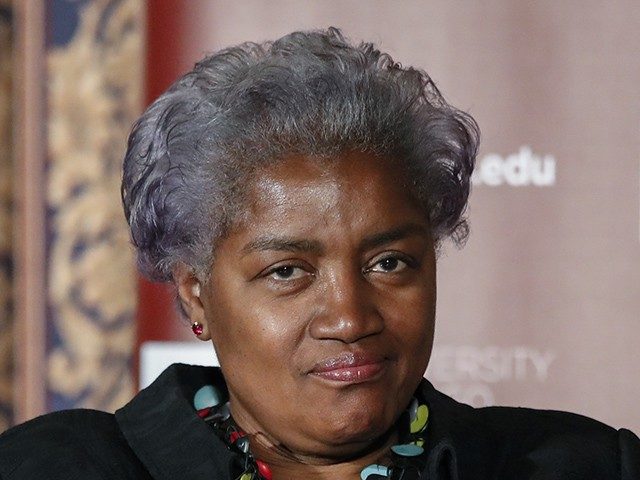 Although the Fox News Channel has largely dropped its old “fair and balanced” slogan, that slogan nevertheless still applies quite well when Fox is viewed against virtually every other broadcast and cable news network.

In light of the network’s quest to provide ideological balance to its viewers, it was recently announced that longtime Democratic strategist Donna Brazile had been hired as a contributor to provide her left-leaning commentary on various matters and programs.

Variety reported on Monday that Brazile would begin her full employment with the network by virtue of a scheduled appearance on the mid-afternoon show “The Daily Briefing with Dana Perino,” but would also been seen going forward on a number of shows across both the Fox News Channel and Fox Business Network.

However, the reception Brazile receives from viewers may not be particularly pleasant, especially in light of a statement the former chairwoman of the Democratic National Committee provided to Variety about her new gig that seemingly took an underhanded and uninformed shot at the channel’s viewers.

“I know I’m going to get criticized from my friends in the progressive movement for being on Fox News,” Brazile said in her statement, admitting the blunt truth of how the progressive left despise anything and everything about Fox, including the liberals and Democrats who are routinely brought on as guests and commentators.

“My response is that, if we’ve learned anything from the 2016 election, it is that we can’t have a country where we don’t talk to those who disagree with our political views,” she said.

“There’s an audience on Fox News that doesn’t hear enough from Democrats,” Brazile continued. “We have to engage that audience and show Americans of every stripe what we stand for rather than retreat into our ‘safe spaces’ where we simply agree with each other.

“For there is no safety in self-limiting numbers,” she added. “You can be darn sure that I’m still going to be me on Fox News. I’m going to do what I always do: and dish it out straight, exactly as I see it, with just as much New Orleans hot sauce as folks expect.”

That may sound nice and all — except it is flat wrong, and shows that Brazile is either a liar or woefully misinformed about the network and viewers she signed on to work for.

The Fox News audience most certainly hears enough from Democrats, as virtually all of the network’s programs — whether of the fairly straight news variety or the opinion programs — routinely invite on as guests, or even as paid contributors, liberal-leaning commentators, Democratic strategists and operatives, and even elected Democrats when those elected officials will agree to repeated invitations for appearances.

One need only look at how there is always at least one Democrat on the panel discussion shows such as “Outnumbered” and “The Five,” as well as on the weekend flagship program “Fox News Sunday” with host Chris Wallace. Furthermore, prime-time opinion hosts such as Tucker Carlson and Laura Ingraham, as well as Sean Hannity, routinely bring on Democrats and progressives for spirited debates of varying success.

In other words, Fox viewers see and hear from Democrats and leftists repeatedly, on a daily basis, and are provided with a wealth of differing opinions on various matters that they can take or leave as they choose. We don’t even have to mention the overt liberal bias displayed for an hour every weekday by mid-afternoon anchor Shepard Smith.

Indeed, the only “safe spaces” for audiences in the cable news realm would be the likes of CNN and MSNBC, where the conversation and “debate” is almost always one-sided, and even supposedly right-leaning guests and contributors that purport to be Republicans end up bashing their own party and the president.

In that way, it is the audiences of the left-leaning CNN and MSNBC — not to mention broadcast networks like ABC, CBS and NBC, to a lesser extent due to non-24/7 coverage — who are subjected to the sort of one-sided liberal confirmation bias that Brazile hinted at in speaking about the largely conservative Fox News audience. That is the lesson that should have been learned from the 2016 election, only Brazile has it backward.

Aside from her apparent swipe at the Fox News audience, those viewers likely won’t take too kindly to Brazile for other reasons, such as providing the 2016 Clinton campaign with debate questions ahead of a primary debate when she still worked at CNN, or the many times she has disparaged and demeaned conservatives and Republicans over the years as an admittedly skilled Democratic operative.

However, in the end, Fox viewers will likely continue to take what Brazile has to say at face value, measure it against her own reputation, compare it with other commentary and news reports and conclude for themselves whether what she says has any truth or merit.