*Salt-N-Pepa’s DJ, Spinderella (born Deidra Muriel Roper) has filed suit against her the rappers over royalties she claims she is owed for the “Best of” album that was released in 1999.

In the suit, Spin says she was promised one-third of the royalties for the record, and was even assured during a phone conversation about the issue that she would receive $125k … but the payment never came, TMZ reports.

According to the docs obtained by the outlet, “Spin says she also got cheated when Salt-N-Pepa excluded her from a VH1 TV show based on the group’s rise to stardom. In the suit, she says she was promised one-third of the group’s fee for the show — and even though she got an occasional guest spot, she got way less than one-third,” TMZ writes.

I was just reflecting on how we’re halfway through 2019 and I have so many blessings to be thankful for:

my health, my family, my spiritual growth, my career as a DJ, my platform for mentoring young and upcoming… https://t.co/Ps8xZRlYDm

The famed DJ alleges she also got screwed when it came to compensation for their appearance at the 2018 Billboard Music Awards.

Salt (Cheryl James), Pepa (Sandra Denton) have spoken out about the lawsuit, saying they are deeply offended by Spinderella‘s decision to sue them.

According to That Grape Juice (via TMZ), Spinderella is said to also be bitter because she is never requested to do interviews with the group.

DJ Spinderella of Salt-N-Pepa performs during a get-out-the-vote rally featuring former U.S. President Barack Obama at the Cox Pavilion as he campaigns for Nevada Democratic candidates on October 22, 2018 in Las Vegas, Nevada.

Meanwhile, sources say the Salt-N-Pepa brand is owned by Denton and James … so Roper’s claims of trademark infringement in her suit are also baseless. Apparently, Salt and Pepa have not used Spinderella’s name or likeness since she was allegedly fired from the group after 35 years together.

Spin added that’s why she’s speaking out now to uphold “a standard of professionalism.”

“I'm deeply saddened to share with all the #SaltnPepa and #Spinderella fans that I will not be performing on the #NKOTB Mixtape Tour. Despite my participation in promoting the tour and being highly publicized as one of the acts, in January 2019 I received a ‘termination’ email from #SaltnPepa excluding me from performances with the group. It was my expectation, after making that decision, that they would also take responsibility for sharing the news with the public and other affected parties. It has been months now with no mention. Out of love for my fans and a commitment to upholding a standard of professionalism, I've taken it upon myself to let everyone know. I refuse to participate in misleading fans, ticketholders, and others who -- based on all the advertising -- were anticipating seeing the iconic #SaltnPepa and #Spinderella trio. So, I'm making it clear now. Please know you will have the opportunity to see me this summer in many other projects and activities I'll be participating in and I look forward to seeing you all then.” Thank you, Spinderella 😘

“I refuse to participate in misleading fans, ticketholders, and others who—based on all the advertising—were anticipating seeing the iconic #SaltnPepa and #Spinderella trio. So, I’m making it clear now,” she continued.

Earlier this week, BET premiered Ladies Night, a reality show that trails the journey of the three group members as they prepare for their Las Vegas residency. The show also features fellow 1990s hitmakers SWV, who are set to join the hip-hop divas on tour.

Spinderella told her fans that this won’t be the last they see of her.

“Please know you will have the opportunity to see me this summer in many other projects and activities I’ll be participating in and I look forward to seeing you all then,” she said.

The NKOTB Mixtape tour kicks off on Saturday in Cleveland.

Die-hard Salt-N-Pepa fans will remember that Spinderella is the second deejay to join the trailblazing group, which has always consisted of Cheryl “Salt” James and Sandra “Pepa” Denton. When the group first banded in the mid-1980s, Latoya Hanson was recruited to be the collective’s elemental disc jockey. 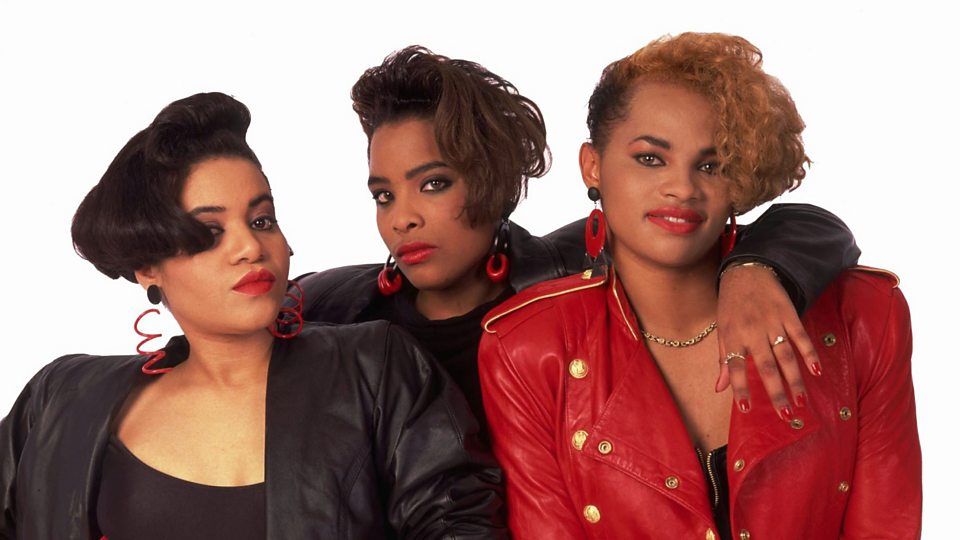