Divorces are spiking in China as couples end coronavirus quarantines 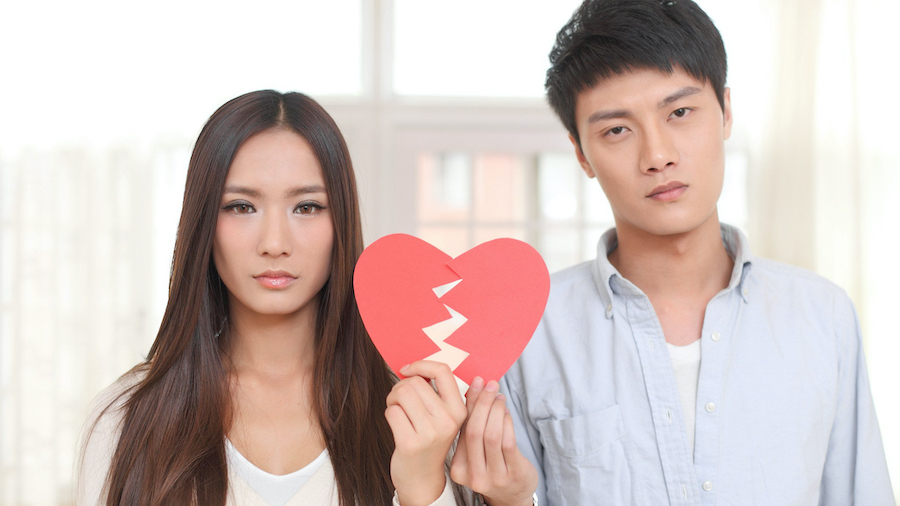 As the coronavirus raged through China, Ms. Wu, a housewife in her 30s in southern Guangdong province, spent almost two months in isolation with her out-of-work spouse. They fought constantly. Wu, who declined to give her full name because she wants to protect her privacy, ticked off a familiar list of marital irritants, including money (too little), screen time (too much), and housework and child care (not evenly split). One particular annoyance was her husband’s habit of engaging their two children in play in the evening when they were supposed to be going to bed. “He’s the troublemaker in the house,” she says. “I don’t want to endure anymore. We’ve agreed to get a divorce, and the next thing is to find lawyers.”

Although China publishes nationwide statistics on divorce only annually, media reports from various cities show uncouplings surged in March as husbands and wives began emerging from weeks of government-mandated lockdowns intended to stop the spread of the novel coronavirus. Incidents of domestic violence also multiplied. The trend may be an ominous warning for couples in the U.S. and elsewhere who are in the early stages of isolating at home: If absence makes the heart grow fonder, the opposite might be true of too much time spent together in close quarters.

The city of Xian, in central China, and Dazhou, in Sichuan province, both reported record-high numbers of divorce filings in early March, leading to long backlogs at government offices. In Hunan province’s Miluo, “staff members didn’t even have time to drink water” because so many couples lined up to file, according to a report in mid-March on the city government website. Clerks struggled to keep up, processing a record number in a single day, it said. “Trivial matters in life led to the escalation of conflicts, and poor communication has caused everyone to be disappointed in marriage and make the decision to divorce,” the city registration center’s director, Yi Xiaoyan, was quoted as saying.

Shanghai divorce lawyer Steve Li at Gentle & Trust Law Firm says his caseload has increased 25% since the city’s lockdown eased in mid-March. Infidelity used to be the No. 1 reason clients showed up at his office door, he says, adding that “people have time to have love affairs when they’re not at home.” Like Christmas in the West, China’s multiday Lunar New Year holiday can strain familial bonds. When the virus hit in late January, on the eve of the festivities, couples in many cities had to endure an additional two months trapped under the same roof, sometimes with extended family. For many it was too much. “The more time they spent together, the more they hate each other,” Li says of his new cases. “People need space. Not just for couples—this applies to everybody.”

China’s divorce rate has been ticking up steadily since 2003, when laws were liberalized. More than 1.3 million couples divorced that year, and the numbers rose gradually for 15 years, peaking at 4.5 million in 2018, according to statistics from the Ministry of Civil Affairs. Last year, 4.15 million Chinese couples untied the knot.

Chinese officials had hoped that cooping up couples would actually lead to a baby boom, helping offset birthrates that have fallen to a record low since the founding of the People’s Republic of China in 1949, despite the loosening of the one-child policy and the ramping up of campaigns to get women to marry and have children. More than one municipality put up posters urging couples to get busy in the bedroom to support the nation. “As you stay home during the outbreak, the second-child policy has been loosened, so creating a second child is also contributing to your country,” read one unromantic banner from the local Family Planning office hung on a gate in Luoyang, in central Henan province. Of course, the fruit of these efforts will not be apparent for seven to eight months.

In the meantime, Chinese media have been filled with reports of conjugal strife. Shanghai-based online publication Sixth Tone reported that police in one county along the Yangtze River in central Hubei province, near where the pandemic began in Wuhan, received 162 reports of domestic violence in February—three times more than the 47 reported during the same month in 2019.

Feng Yuan, co-founder of Equality, a nongovernmental organization in Beijing focused on gender-based violence, says there’s been a rise in requests to her organization for help. “Lockdown brings out latent tendencies for violence that were there before but not coming out,” she wrote in an email. “Lockdown also makes help seeking more difficult.” Police were so busy enforcing quarantines that they were sometimes unable to respond to emergency calls from battery victims, women experiencing violence were not able to leave, and courts that normally issue orders of protection were closed, she says.

Even when the epidemic abates and life can return to relative normalcy, the psychological and economic strains are expected to endure for months. A study of people in Hong Kong in the wake of the 2002-03 SARS epidemic found that “one year after the outbreak, SARS survivors still had elevated stress levels and worrying levels of psychological distress,” including depression and anxiety; divorce in Hong Kong’s general population in 2004 was 21% higher than 2002 levels. SARS infected nearly 1,800 people in Hong Kong and killed 299 after originating over the border in China, which reported a total of more than 5,300 cases and 336 deaths. China has so far reported more than 80,000 Covid-19 cases and more than 3,300 deaths.

In China it’s almost always the woman who initiates the divorce process—74% of the time in 2016-17, according to remarks made by the chief justice of the Supreme People’s Court, Zhou Qiang, at Tsinghua University in November. But women are also more often on the short end of marital finances. Among urban Chinese, it’s customary for young single men to purchase a home, often with the help of their parents, to demonstrate to prospective mates that they’re financially secure. In a divorce, the husband retains the right to his premarital assets—sometimes even when the wife has helped pay the mortgage. Fortunately for Ms. Wu, her parents paid for the couple’s home, as well as a car, which means she’s not in danger of being dispossessed.

When it sits in session later this year, China’s National People’s Congress will consider a proposal for a 30-day cooling-off period for couples petitioning for divorce, during which time either party can withdraw the application, according to the state-run Global Times newspaper. Currently, the judge who hears the divorce petition typically requires a serious reason—such as adultery or abandonment—to grant it and may deny couples considered young and too rash, says Li, the Shanghai lawyer. But if couples bring their petition again after six months, the judge will usually consider differences to be irreconcilable, he says.

Young people are more likely to divorce than their parents, many of whom still see a stigma attached. “Now one person just says, ‘I don’t like you anymore,’ and they file for divorce the next day,” Li says. Yang Shenli, an attorney at Dingda Law Firm in Shanghai, says his four divorce cases since the lockdown involve couples born after 1985, two sets of which decided to divorce because “quarantine intensified their contradictions.”

Some lucky couples have rediscovered marital bliss thanks to the pandemic. “The home quarantine and social distancing has reminded me how much I love the person I married,” says Rachel Smith, a Canadian artist in Hong Kong who met her husband while on a backpacking trip to the city 21 years ago. 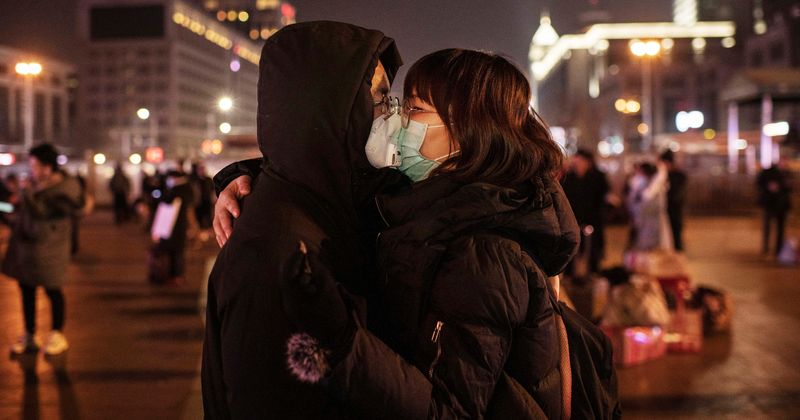 Over time, the couple had gotten busy pursuing separate careers and activities, leaving them little leisure time together. Now, as they work on their home computers while still under partial lockdown, they regularly take breaks to chat and check in with each other. “It turns out I really like spending time together,” she says. “It was a nice surprise.”