Dismantling 'The Bachelor's' Racist And Sexist Elements Has Only Just Begun 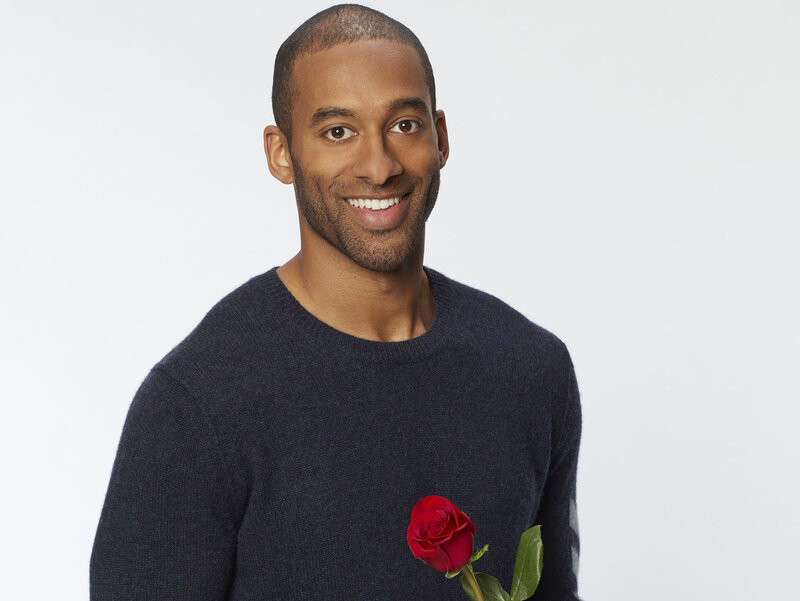 ABC may believe it has faced down some criticism by naming Matt James as the first black man to star in its dating "reality TV" franchise The Bachelor. But its challenge in dismantling the show's racist and sexist elements has only begun.

My longtime criticism of the Bachelor franchise speaks to the heart of the show's design. It is a princess fantasy, built around the idea of a woman finding fulfillment by landing the perfect man, filtered through an upper-middle class, predominantly white lens.

That's why this announcement, delivered with fanfare on ABC's breakfast-time news show Good Morning America, hit like a thunderclap at a crucial time for the franchise. A petition on Change.org started 5 days ago — asking for a black bachelor, for 35 percent of the show's contestants to be people of color, and for participants to be screened for past racist behavior, among other things — has more than 85,000 signatures and counting.

Rachel Lindsay, cast as The Bachelorette's first black female lead back in 2017, has criticized the show for its lack of diversity and wrote a column with suggestions for making it better. Given how other highly criticized shows like Cops and Live PD were vaporized in the wake of current debates about police brutality and racism, it feels a bit convenient that ABC and Bachelor/Bachelorette executive producer Mike Fleiss is taking this step now.

The biggest question hanging over this moment is simple: Why did it take so long?

The Bachelor, featuring a single man choosing a mate from about two dozen aspiring women, debuted in 2002. The Bachelorette, a spin-off which puts a woman in the choosing position, debuted in 2003. But the show didn't cast a non-white Bachelor until 2014; Juan Pablo Galavis, a soccer star of Venezuelan heritage who looked an awful lot like the well-scrubbed white guys often featured on the show and had been eliminated early as a choice on The Bachelorette in 2013. 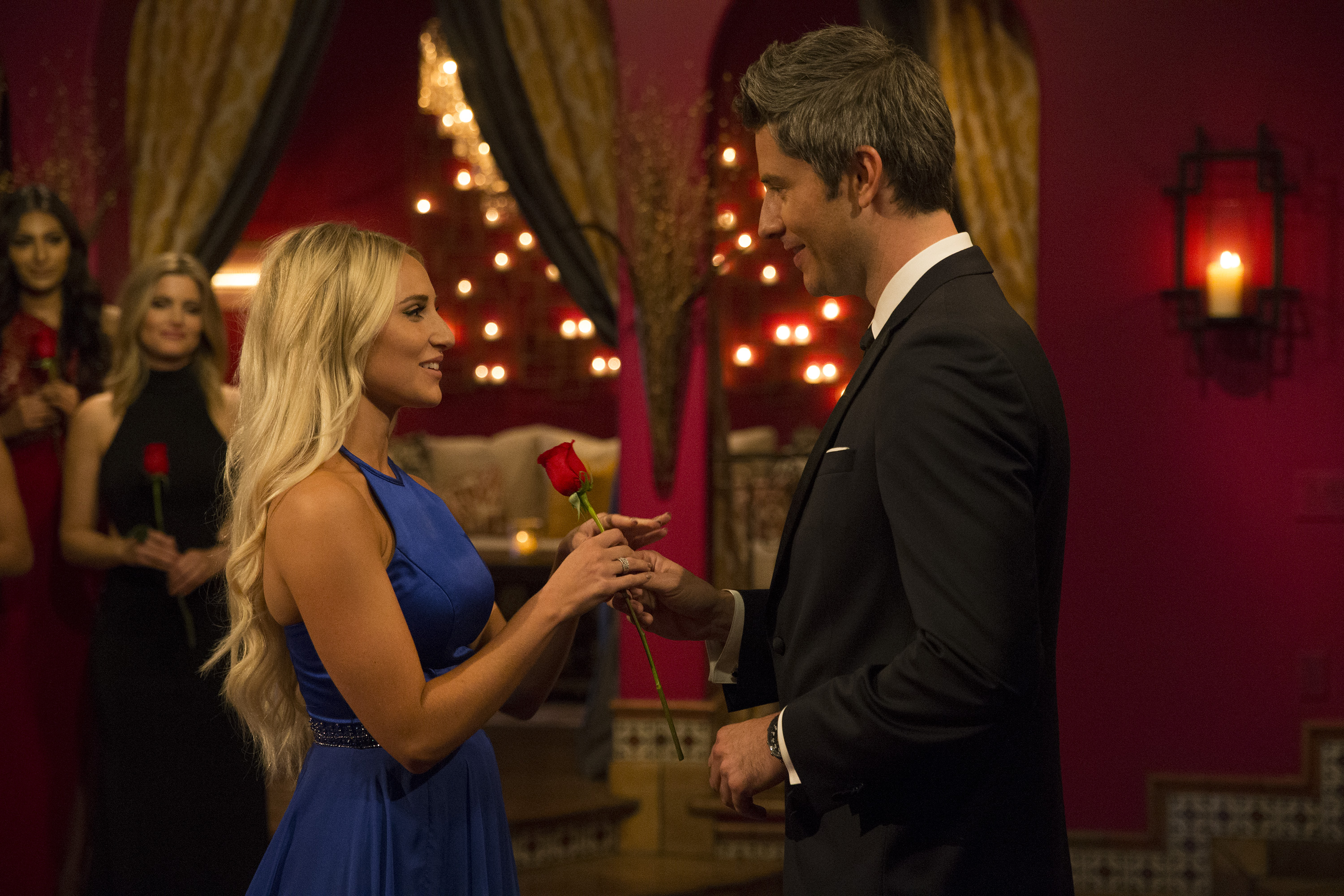 Galavis was named just two years after two black men who had tried out for The Bachelor and failed to make the cast sued the show for racial discrimination. Their contention was that the show deliberately excluded and diminished potential contestants of color; a judge ruled that, even if they were right, the show had a First Amendment right to cast who they wanted.

Now, as the show faces renewed pressure to improve its diversity track record, it names as its new star, James — a 28-year-old real estate broker who was part of this season of The Bachelorette, which paused production due to the coronavirus pandemic.

(I guess we know who isn't winning this season of The Bachelorette. Still, since the Bachelor/Bachelorette franchise often recycles stars from contestants on previous shows, sometimes almost winning is better for someone's reality TV career than actually getting picked as a mate.)

"We know we have a responsibility to make sure the love stories we're seeing onscreen are representative of the world we live in, and we are proudly in service to our audience," said ABC entertainment president Karey Burke in a statement. "This is just the beginning, and we will continue to take action with regard to diversity issues on this franchise."

Beyond the obvious stuff like "don't stereotype the star as an angry black man" and "hire more non-white producers behind the scenes with power," here are my recommendations to ABC and Fleiss on what still needs to happen for The Bachelor to address its problems with race:

The show can't be centered on white, upper-middle-class sensibilities anymore.

This goes beyond casting more non-white people on the show. Casting a wider diversity of people won't make much difference if they're expected to act just like the white people who have dominated the show for so many years. Dates set in opulent, lily-white environments like luxury resorts have got to end, along with the materialism that makes so many adventures on the show feel like a journey through the world of upper-middle class white folks.

Racism and racists can't be used as sources of attention-getting conflict.

One strategy used by reality TV producers with black contestants on white-centered shows, is to generate controversy with a racist castmember. In Rachel Lindsay's season, that contestant was self-described "country boy" Lee Garrett, who was cast despite a trail of racist Twitter posts, resulting in a headline-generating confrontation over his racism during the season's "Men Tell All" episode. This needs to end. The pain of non-white people confronting racism shouldn't be reduced to reality TV entertainment when avoidable. I'm also steeling myself for a clunky scene where James has to confront a white woman who only wants to date him because of his race.

I'm convinced one reason we haven't seen a black bachelor before now isn't just because producers were afraid the show's white audience wasn't ready to see a black man who might choose a white woman as his bride. There may also be black viewers who aren't ready for it, either. TV has always struggled to present authentic, healthy images of two black people in love. And black men who are romantically involved with white women have sometimes faced accusations of bowing to America's elevation of white, female beauty. For James, threading that needle in the spotlight of a major network TV show with a terrible track record on race won't be easy.

The show's hypocritical stances on sex, stereotypes and physical beauty need to end.

Past seasons in which women seem pressured by the show to become physically intimate with bachelors to stay in contention have always bothered me. Likewise, with the show's habit of quickly slotting contestants into easy-to-identify stereotypes, like "the overconfident one," or "the unstable provocateur." And every season's bachelor is often built up as an idealized vision of masculinity — a big part of the show's diversity problem isn't just that it has downplayed people of color for so long, but that all the contestants fit a narrow range of physical types and definitions of beauty. Sometimes cast pictures look like everyone was recruited from the same Abercrombie & Fitch catalog photo shoot; time to shake up more than just the race of those who appear on the show.

As a longtime critic of The Bachelor and Bachelorette, I remain skeptical the show will improve much. And given the way the pandemic has curtailed TV production, it's tough to know exactly when this season will see daylight (ABC has said sometime in 2021).

But what I really hope is that producers of the show stop seeing criticisms as something to resist and pay attention. Because, just like in the debate about systemic racism in policing, people have been calling out The Bachelor's shortcomings for a very long while.

It's a shame that it may have taken a seismic debate over racism in America to finally get the show's attention.