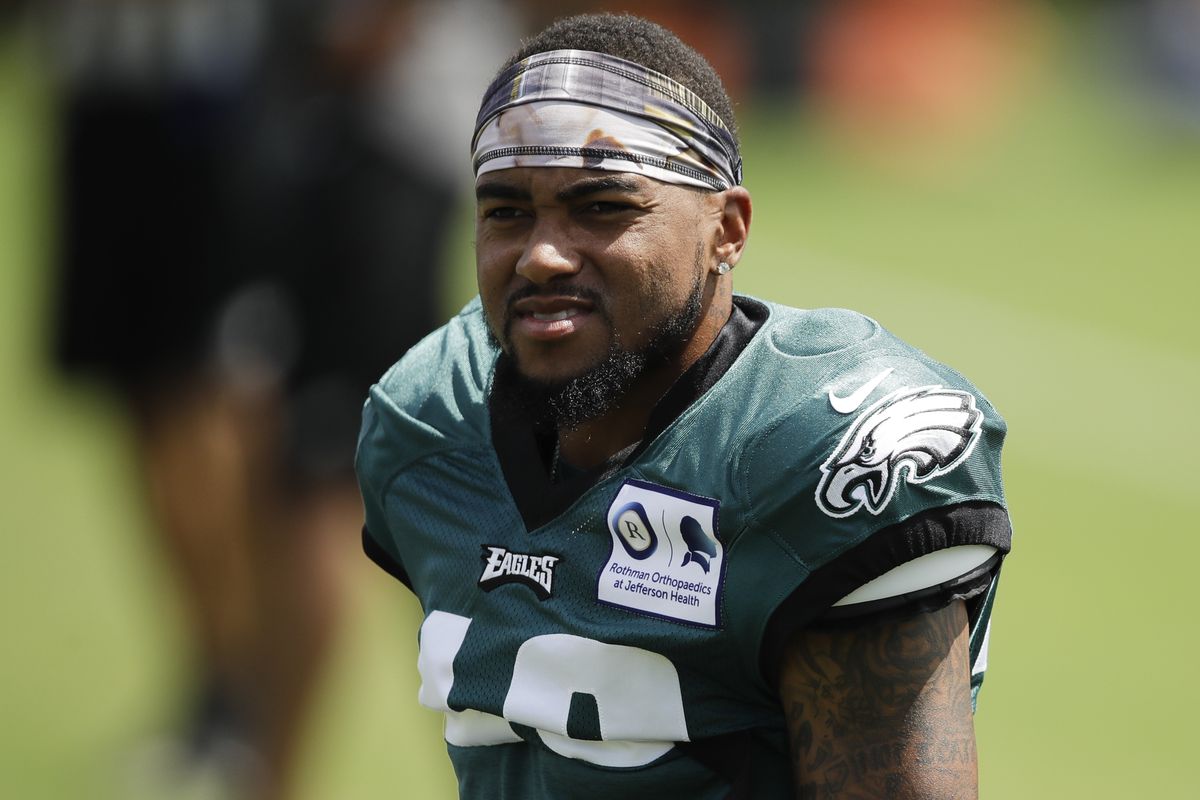 During pre-game warmups ahead of the Eagles' Week 1 victory, Jackson laced up a special edition pair of spikes featuring images of Nipsey on both cleats with "Rest In Paradise" and “You’ve got to have faith in what you’re doing and not take no for an answer" written on them. He will be auctioning off all of his custom cleats as the season goes on, with proceeds going to Nip's children.

Jackson, who grew up in the same neighborhood as Nipsey, shined in the Eagles' home-opener with eight catches for 154 yards and two touchdowns as Philly picked up a 32-27 win.

DeSean Jackson will wear custom Nipsey Hussle cleats every game during warmups, and auction them off. Proceeds will go to Nipsey’s kids, Kross and Emani.

“You’ve got to have faith in what you’re doing and not take no for an answer.” pic.twitter.com/oqGeBX1O78

Jackson first took to instagram back in May to reveal a couple of different cleats created by Marcus Rivero, aka @SolesBySir, which could also make their way onto the field this season.

One iteration features a royal blue build accompanied by a painting of Nipsey's face and Slauson Ave, as well as the Perfect Timing lyrics, "Sometimes perfect timing feels like I'm too late but I know you still great in spite of your mistakes. Before you run your race you gotta find a pace just make sure you cross the line, and fuck the time it takes."

A second TMC-inspired pair features a checkered racing flag design over an image of Nip's face, along with the lyrics, "Lock us behind gates but can’t tame us.“

“Lock us behind gates but can’t tame us “ Used to be stay safe, now it’s stay dangerous NipDaGr8 🙏🏾 Ima rep every game 4 you Loc 💙 TMC 🏁