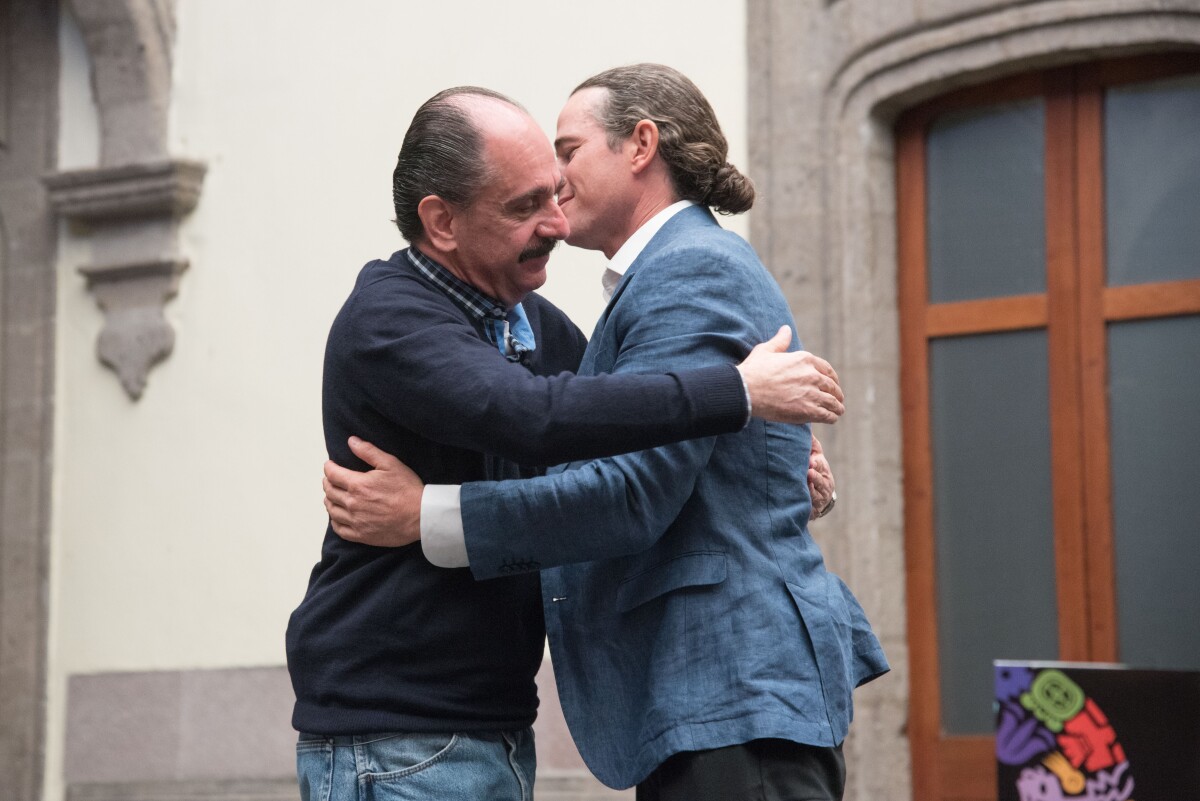 Federico Acosta, a Mexican who traces his lineage back 16 generations to the daughter of Moctezuma, and Ascanio Pignatelli, an Italian whose ancestry goes back the same number of generations to Cortés’ daughter, shared a hug at the exact same spot where their forebears met on November 8, 1519 in the Aztec city of Tenochtitlán.

They also visited the colonial church in the historic center of Mexico City where Cortés is buried.

Both men are sure of their lineage: Acosta’s family received a government pension granted to Moctezuma’s descendants until the 1930s, while Pignatelli’s family inherited one of Cortés’ noble titles but sold it 150 years ago.

Pignatelli traveled to Mexico on the invitation of filmmaker Miguel Gleason who is making a documentary about the Spanish conquest. He offered a personal apology to Acosta.

Acosta said the 500th anniversary of the meeting, which came two years before the Spanish conquered the Aztec empire, was “a historic moment” for all Mexicans.

“. . . We are the fusion of two cultures, the European and ours. We are the result of that meeting, the vast majority of us have Spanish and Mexican blood . . .” he said.

Asked if Mexico needs an apology from Spain, Acosta said no. “In the end, we are all family now,” he said.

However, President López Obrador, who requested an apology in March, renewed his call for Spain and the Catholic Church to say sorry during a visit to Yucatán on Friday.

“I still ask the king of Spain and Pope Francis, humbly, that they apologize for the abuses committed during the conquest and the colonial domination,” he said.

Upon reaching Tenochtitlán from the Atlantic coast in modern-day Veracruz, Cortés and his men were met by Moctezuma at the entrance to the city.

The tlatoani, or ruler, of the city built by the Mexica, or Aztec, people, greeted Cortés and his companions with courtesy and offered them gifts in the hope that they would leave.

However, the gifts whetted the Spaniards’ appetite for more riches and they remained in Tenochtitlán and eventually took Moctezuma hostage.

On June 30, 1520, the Aztecs revolted and drove the Spanish out of the city. Many Spaniards were killed during the uprising which came to be known as La Noche Triste (The Night of Sorrows). But Cortés and the surviving men regrouped and just over a year later, they had conquered Tenochtitlán.

Acosta said that he was proud of the civilization that his ancestors built.

“We had order, we had honor, we had everything, and if we recover that, we Mexicans have proven that we can be the best,” he said.

Moctezuma’s descendant declined to condemn the conquistadores for their brutality and massacres, stating that they should be judged by the standards of their day.

“It’s not that there were good people and bad people,” he said. “It’s that that’s the way things were done.”

In addition to meeting with Acosta in Mexico City, Pignatelli traveled to Cholula, Puebla, where more than 5,000 Cholutecas were massacred by the Spanish and their indigenous allies on their way to Tenochtitlán in 1519.

The Italian lamented the bloodshed, telling the newspaper Milenio: “I know that there was a lot of suffering here, a lot of pain.”

At a church atop the Great Pyramid of Cholula, Pignatelli prayed for forgiveness for the atrocities committed by his forebear 500 years ago. Earlier this week, he also visited the grave of Cortés’ great-granddaughter Doña Ángela Cortés y Arellano, in Veracruz. 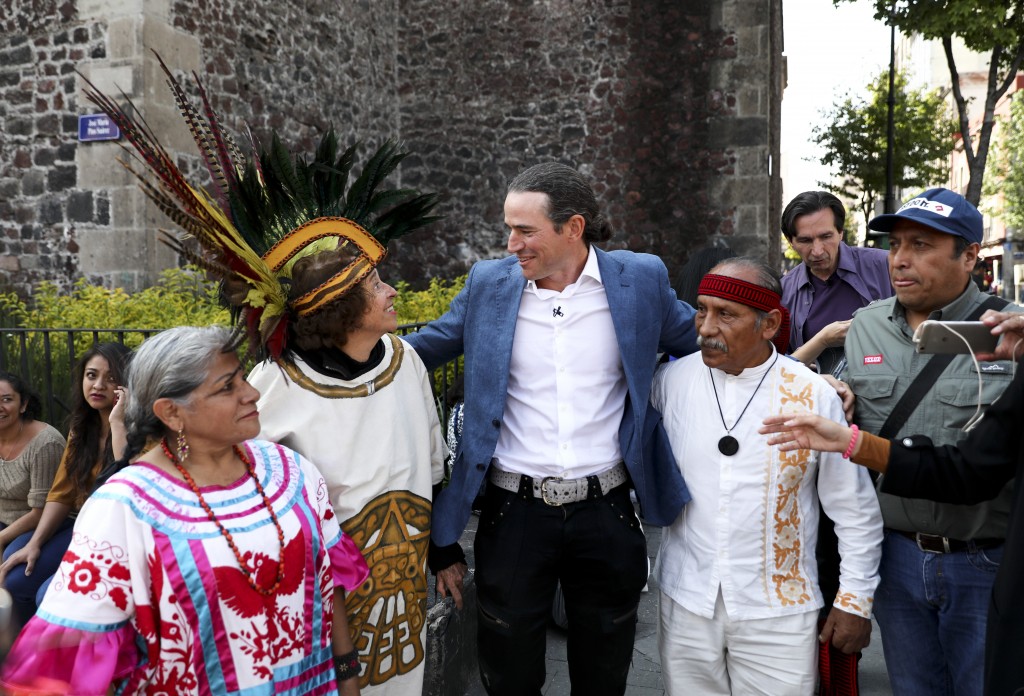 Pignatelli said he identified with the adventurous spirit of his forebear and that he can also see a physical resemblance between himself and Cortés.

“. . . I’ve always identified with him because he was an adventurer like I am. Since I was a boy I liked hearing about how he left Spain to go off in search of another world, we’re the same in that way, I also like to explore,” he said.