Deputy Detained Black Attorney Thinking He Was A Suspect An African-American attorney has filed a complaint after he says he was racially profiled and detained by a sheriff’s deputy who thought he was a criminal suspect posing as his legal counsel in a Maryland courthouse.

Rashad James, an attorney for Maryland Legal Aid, filed a complaint with the Harford County Sheriff’s Office on Tuesday requesting an investigation into the March 6 incident involving one of its deputies.

James had just appeared before a Harford County judge and won an expungement for his no-show client when a deputy who was in the courtroom asked to see his identification, according to his attorneys.

James, according to The Washington Post, was not aware that there was a warrant out for his client’s arrest.

“The officer had been present in the courtroom during the hearing, yet addressed Mr. James as the client. Mr. James told the officer that he was the attorney, not the client,” Brown, Goldstein & Levy, the law firm representing James in his case, said in a statement.

James’ attorneys said he provided the deputy with his driver’s license. When that did not satisfy the deputy, he was asked to produce his state bar card or business cards, which James did not have and is not required to carry. The deputy then escorted James to an interview room where he questioned James and made phone calls over 10 minutes before finally allowing him to leave, the law firm said.

“If Mr. James were white, the officer would not have doubted that Mr. James was an attorney, would not have questioned his identity, and certainly would not have detained Mr. James after seeing his driver’s license,” said attorney Andrew D. Freeman of Brown, Goldstein & Levy. “There is no plausible explanation other than racial bias.”

A survey conducted by HuffPost last fall found that 54 percent of black Americans said they’ve felt that “others have been suspicious of them based on the color of their skin,” compared to just 6 percent of white people who said they have felt this way. Another recent study found significant black-versus-white disparities in how often drivers were stopped and searched by police.

“The facts of the situation speak for themselves,” James said at a press conference Tuesday, according to The Washington Post, when asked what made him think what happened was because of his race. “I’ve never heard of anyone being mistaken and assumed that they’re not an attorney until proven otherwise.”' 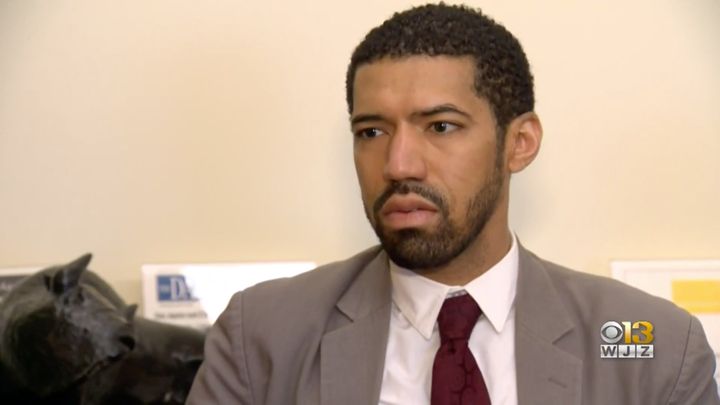 "I’ve never heard of anyone being mistaken and assumed that they’re not an attorney until proven otherwise."

Sheriff Jeffrey R. Gahler, in his own statement released Wednesday, said the Office of Professional Standards, which investigates allegations and complaints of deputy misconduct within the sheriff’s department, will be reviewing the matter, adding: “We take all complaints seriously.”

“It is the role of the Office of Professional Standards to fully investigate each claim, surrounding circumstances, witness statements, and other evidence to determine the merit of any accusation,” he said, while expressing concern and disappointment over the apparent release of the deputy’s name before the investigation has been completed.

“If those claims are founded and violations of agency policy are revealed, we will take immediate and appropriate administrative action,” Gahler said.