Deputies Knocked A Woman Unconscious And Then Lied About It, A Federal Lawsuit Says 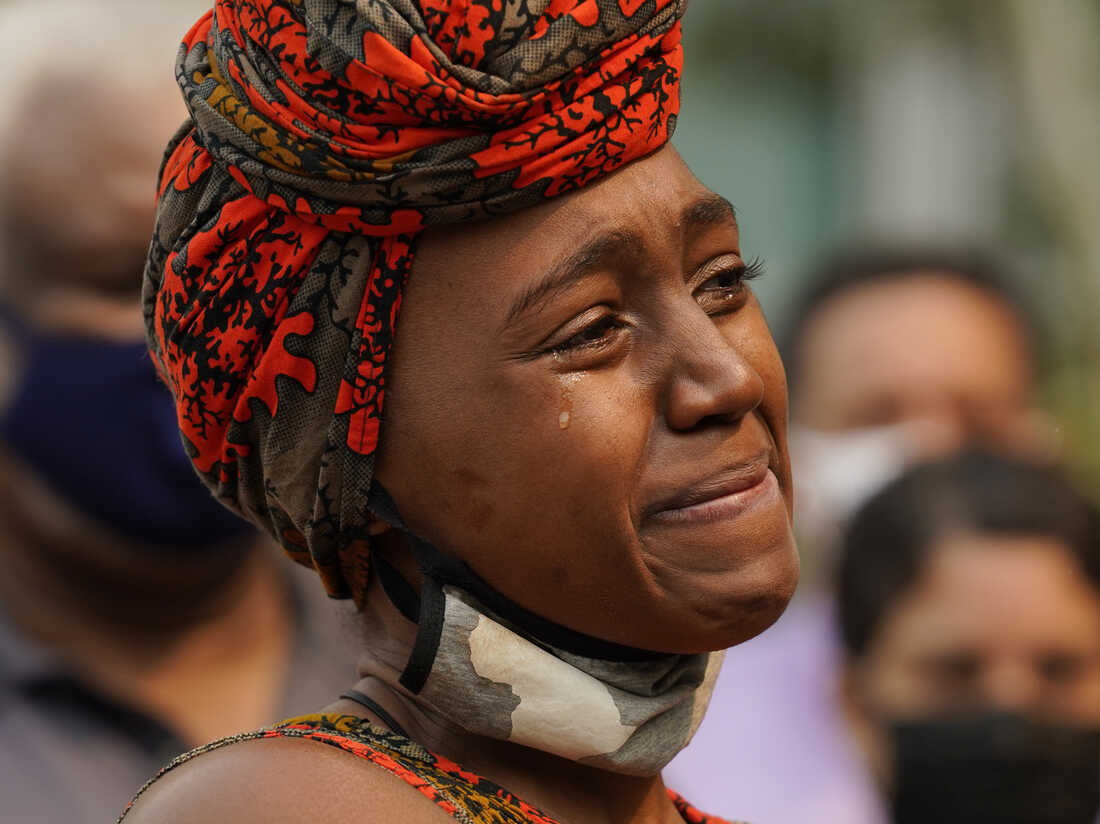 A woman who pulled off a road to change drivers during a trip with her father and three young children was knocked unconscious and arrested by two Northern California sheriff's deputies, who then lied about the encounter to responding paramedics and on official reports, according to a federal lawsuit filed Wednesday.

Body cameras worn by the deputies with the Solano County Sheriff's Office recorded them pulling guns on Nakia Porter before slamming her to the pavement while handcuffing her along a rural road in the town of Dixon on the night of Aug. 6, 2020. Porter's father, Joe Powell, was also placed in handcuffs and briefly detained.

Porter was jailed overnight on suspicion of resisting arrest, but never charged. She said the ordeal was confusing and dehumanizing.

"I was doing my best to do everything right, giving no reason to be treated like this," said Porter, 33, who is Black.

"Thankfully, the video evidence contradicted the fabricated facts," Almadani said. "So what occurred here, we believe, was a racially motivated beating and terrorizing of a Black family."

The lawsuit filed in U.S. District Court in Sacramento asks a judge to order a jury trial for the arresting deputies, Dalton McCampbell and Lisa McDowell, and seeks unspecified damages.

The events unfolded as Porter and her 61-year-old father were making the 100-mile (160-kilometer) drive home to Orangevale, northeast of Sacramento, after a family trip to Oakland. Her two daughters, ages 3 and 6, and her 4-year-old niece were in the back seat. Porter is a software engineer, and her father, who's retired, worked in computer networking. 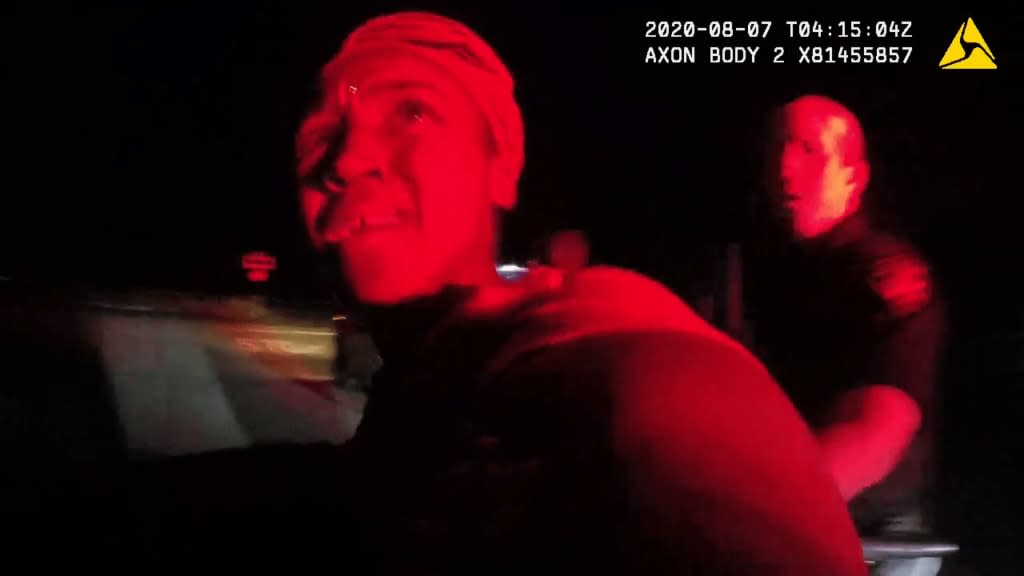 Porter was behind the wheel when they stopped along an empty road in Dixon. The deputies' squad car pulled up behind them with lights flashing. Porter already was out of the car and explained that they were just switching drivers and would be on their way, according to the court filing.

The deputies said they noticed the car had mismatched license plates — a California plate on the back of the car, and one from Maryland on the front.

"However, the deputies had called in the rear license plate to their dispatch and knew that it matched the description of the car and that there was no report of the car being stolen," the filing states.

McCampbell, who had his gun drawn, ordered Porter back to the driver's side, and he and his partner moved to detain her, according to edited bodycam footage acquired by Almadani and provided to The Associated Press. Almadani acquired more than 18 minutes of raw footage through a California Public Records Act request, and edited it down to just under 10 minutes.

"For those that are listening, I am not resisting," Porter said into the deputies' cameras. "You are not reading me my rights."

The deputies pushed Porter against the squad car and then to the pavement while trying to handcuff her.

"Put your hands behind your back. Get on your stomach," McCampbell shouted.

The footage gets very shaky, and it's hard to see whether Porter is resisting. Porter and the court filing allege the deputies punched her in the head and the stomach, kneeled on her back and pulled her hair. She said she passed out seconds after the deputies closed the handcuffs.

"I think she's out," McCambell said on the video.

Porter, who is 5-foot-2 (1.6 meters) and 125 pounds (57 kilograms), said she was dragged unconscious to the back of the squad car, where she came to about five minutes later.

When paramedics arrived, McCampbell is heard saying Porter fought them, was knocked out for about 20 seconds and was able to walk herself to the squad car. McDowell estimates to the paramedics that Porter was unconscious for about five seconds.

Porter requested she be transported to a hospital, according to the lawsuit.

"Deputies McCampbell and McDowell denied the request, continuing to lie to the paramedics by minimizing the assault and the injuries they had inflicted on Ms. Porter," the court filing said.

The lawsuit accuses the deputies of lying on their arrest reports about Porter fighting them and the length of time she was unconscious. Contact information for McCampbell and McDowell could not be found.

The suit also names a superior officer who signed off on the reports.

Cedric Alexander, a police use-of-force expert, was troubled by the video. He wondered why the deputies seemed to rush to detain Porter and Powell without first taking actions to de-escalate the situation, especially with three young kids in the car.

"What's concerning here is the use of force," said Alexander, a former president of the National Organization of Black Law Enforcement Executives. "There needs to be a full investigation conducted outside of the sheriff's department, preferably by a district attorney's office."