The Democrats vying to take on President Donald Trump in 2020 spent two nights sparring over plans to make it easier for Americans to see doctors, go to school and trust that the planet’s climate will remain hospitable to human life in the coming decades.

Yet few, if any, of the 20 presidential hopefuls offered a clear vision of how to guarantee the water flowing from the nation’s aging pipes won’t make them sick, damage their children’s brains and remain accessible as freshwater reserves dry up.

And that’s despite debating in a theater just an hour’s drive from Flint, Michigan, the city where, since 2014, a lead contamination crisis has forced tens of thousands of residents to drink, bathe and cook with bottled water.

Flint featured prominently in the 2016 Democratic primary. Over the two-night debate in Detroit, the crisis came up repeatedly. On Tuesday, former Rep. Beto O’Rourke (Texas) rhapsodized about the time he spent in Flint last week, and Sen. Amy Klobuchar (Minn.) touted her $1 trillion infrastructure plan to replace aging pipes. On Wednesday, Sen. Michael Bennet (Colo.) admonished policymakers for failing to fix “not just Flint, but every water system in this country.”

But it was self-help guru Marianne Williamson who came the closest to describing the problem when she declared that “Flint is just the tip of the iceberg.”

Flint’s story is a gripping one, colored by the naked racism and classism of leaving a mostly black, poor city with rust-colored water in a cynical effort to cut costs on municipal bills. It’s also a problem with health effects easily understandable to anyone who’s ever sought housing with paint that won’t poison an infant or remembers teachers’ scorn for chewing on pencils. 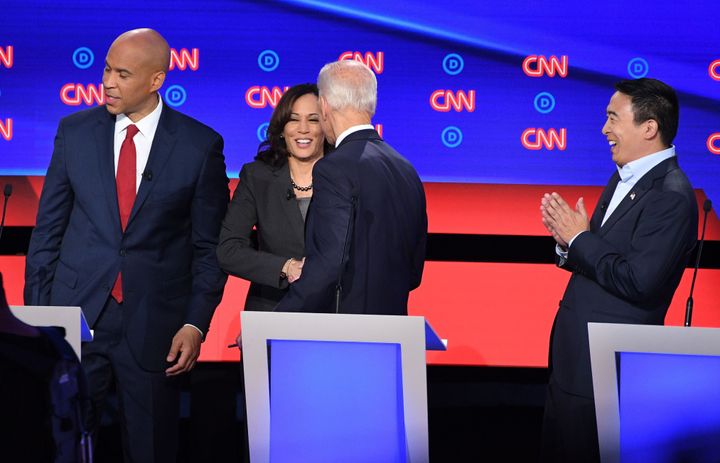 In 2016, only nine states reported safe levels of lead in drinking water to the Environmental Protection Agency. A study published last year found that from 1982 to 2015, up to 28% of Americans’ drinking water violated federal standards.

But the crisis goes far beyond lead. So-called forever chemicals ― a family of cancer-causing compounds known as per- and polyfluoroalkyl substances, or PFAS ― now contaminates roughly 19 million Americans’ drinking water, according to a study released in May. Despite a growing body of legislation calling for its cleanup and removal, the Trump administration is refusing to enact new federal regulations.

Then there’s the issue of expanding oil and gas infrastructure. The 2.5 million miles of pipeline that crisscross the United States intersect with water sources at 18,000 points across the country, according to the advocacy group American Rivers. North of Detroit, a fight is brewing over the expansion of Michigan’s Line 5 pipeline under the Straits of Mackinac, adding to fears that a leak could contaminate a source of water for 5 million people. 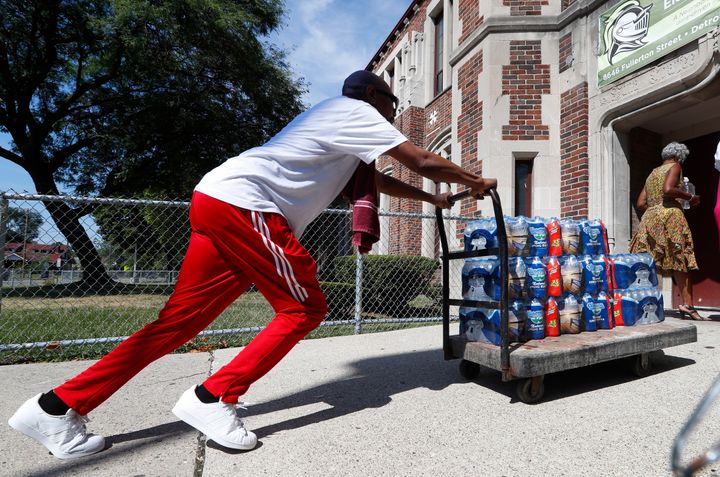 And that says nothing of the climate change that increased fossil fuel use exacerbates. Dystopian fears over water shortages are rapidly becoming a reality across the world. From 2017 to 2018, South Africa’s Cape Town teetered on the brink of disaster as the threat of droughts and overuse parching the city’s aquifers loomed as “Day Zero.” Nearly 11 million people in the Indian metropolis of Chennai are nearly out of water now.

In Detroit, the city’s public utility threatened to shut off water for nearly 17,500 households that were behind on bills last year. This year, the shutoff rate plummeted nearly 70% to about 5,600 households. But the wave of shutoffs came as the debt-choked city was looking to privatize its utility in what the left-wing think tank Centre for Research on Globalization described as an effort to hand over a basic public necessity to profiteers.

Though it hardly came up in the debates, some 2020 contenders are proposing plans that could offer relief. After visiting Flint, former Housing Secretary Julián Castro released a plan to “completely eliminate” lead in drinking water. Washington Gov. Jay Inslee called for banning the use of PFAS ― a common ingredient in food packaging, nonstick fabrics and firefighting foam ― as part of his sweeping environmental justice proposal. Sen. Bernie Sanders (I-Vt.) proposed legislation to spend $35 billion on water infrastructure improvements.

“As our national water crisis rapidly grows and our environment continues to deteriorate due to climate change,” said Mary Grant, a campaigner at the nonprofit Food & Water Watch, “we need a president who prioritizes fixing our broken water systems.”