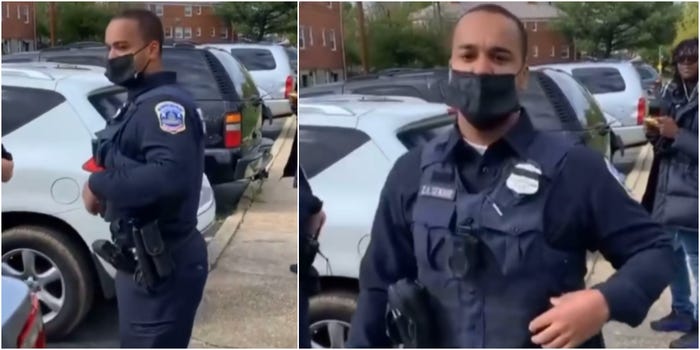 The Metropolitan Police Department in Washington, DC, says it's investigating a video on TikTok that shows an exchange between a person and several officers about the police killing of 16-year-old Ma'Khia Bryant in Ohio last week.

The context and the date of the video are unclear. It shows police officers surrounding a car.

A voice behind the camera can be heard asking the officers, "Are y'all gonna kill me like Ma'Khia Bryant?"

"Are you going to stab somebody like her?" another voice responds, apparently belonging to one of the officers. It's unclear who exactly makes the remark since the officers are wearing face coverings.

i hate the police so much!! #Destinationdepop #makhiabryant #nojusticenopeace #BLM #foryoupage

The person behind the camera then gets angry. "She called y'all for help," the person says. "F--- is you talking about."

"You just said that on camera. This s--- is going viral," the person behind the camera says.

A police officer in Columbus fatally shot Bryant last Tuesday. Graphic bodycam footage showed Bryant lunging at another girl with what the police said was a knife just before the officer fired.

The officer had been responding to a 911 call in which a person said somebody was trying to stab them. Bryant's mother told 10 News that her daughter had been the one to call the police for help. Officials have not identified the caller.

A Metropolitan Police Department spokesperson told Insider on Monday morning that the department was "aware of this incident and it is currently under investigation."

The department would not confirm whether one of its officers had made the remark about Bryant trying to stab someone, saying only that "the members in the video are MPD members."

It's unclear where the video originally came from. The TikTok user who posted the footage on Friday said she did not record the video. 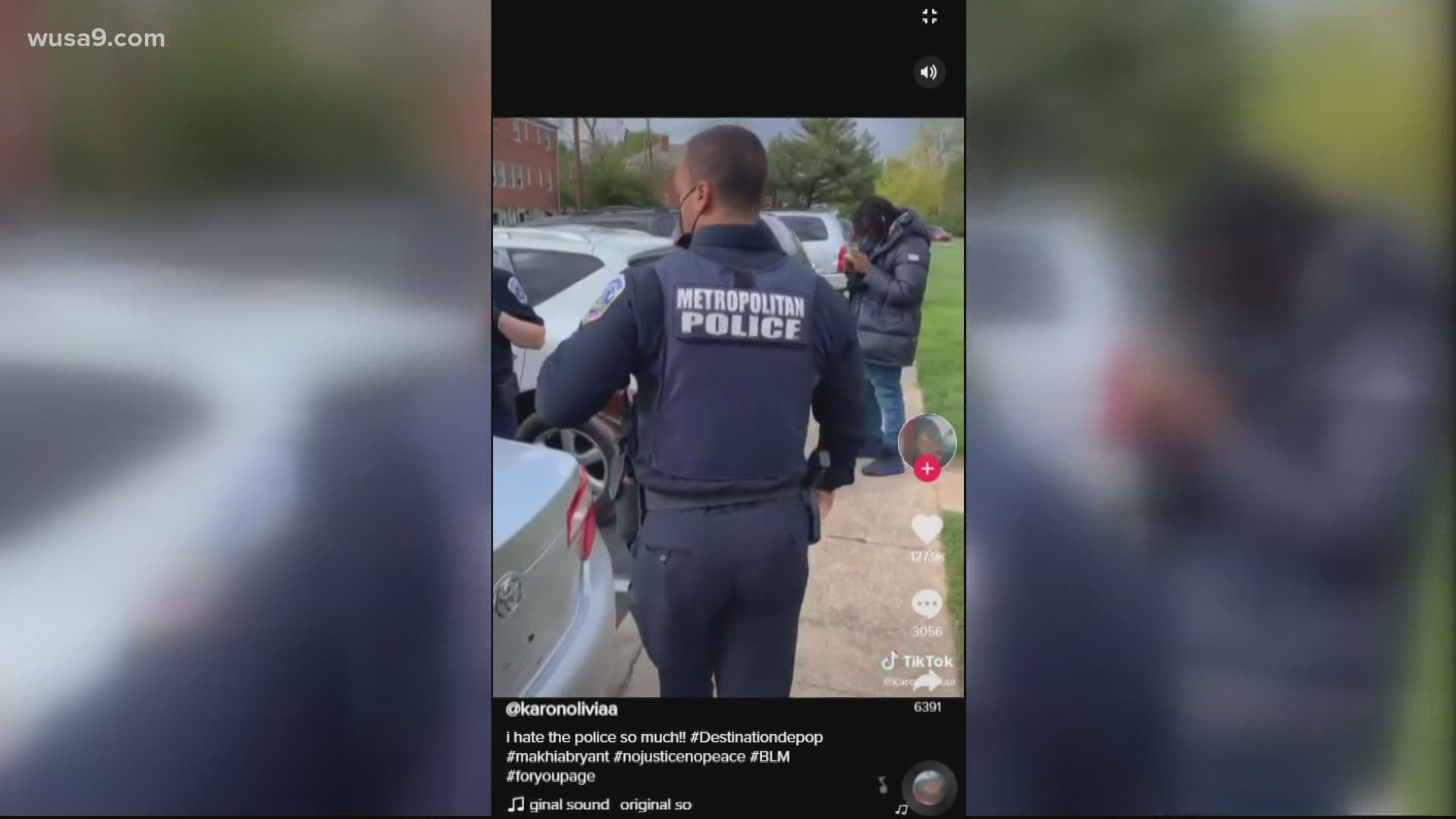 As of Monday, the video had been viewed more than 913,000 times on TikTok and widely reshared on Facebook and Twitter.

The video came at a time of increased attention to incidents of police brutality. In addition to Bryant, police officers have in recent weeks fatally shot at least three other people: Andrew Brown Jr. in North Carolina, 20-year-old Daunte Wright in Minnesota, and 13-year-old Adam Toledo in Chicago.

Bryant was killed 20 minutes before the announcement that a Minneapolis jury had found the former police officer Derek Chauvin guilty of murder and manslaughter in the death of George Floyd, a Black man whose neck he knelt on for several minutes during an arrest last May.