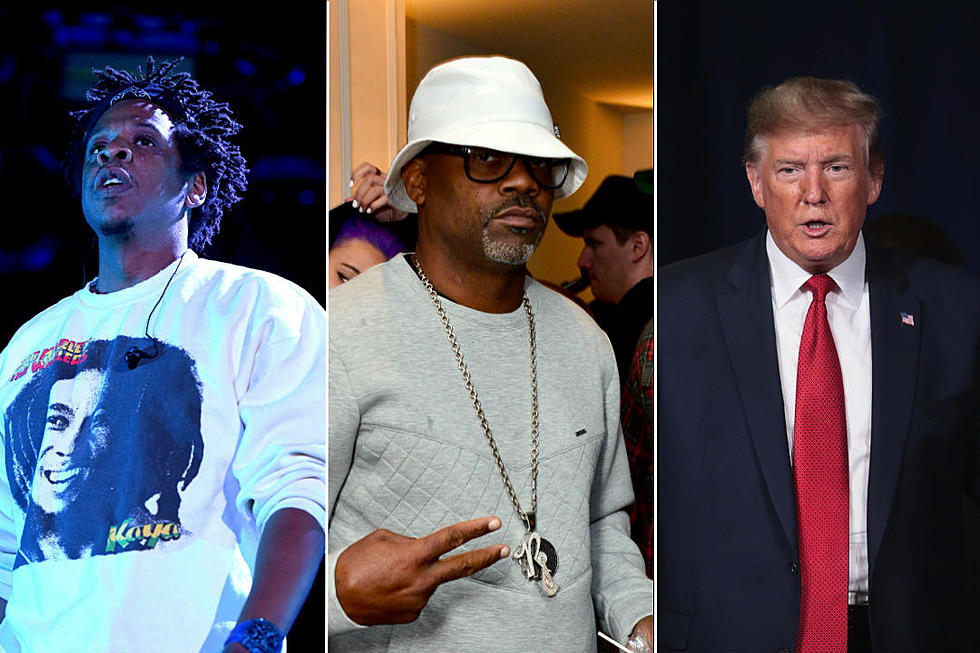 The music mogul stopped by Adam22's No Jumper podcast for an interview posted on Wednesday (Aug. 21), where the topic of his former business partner Jay-Z came up. While discussing Jay's new deal with the NFL and the since-debunked rumor that he'd dissuaded Jermaine Dupri from doing a deal with the league, Dame expressed his lack of surprise at the "self-preserving" move and his theories on why he's always gotten away with being like that.

"I mean, everybody knows Jay ain't shit. Everyone knows that. Listen if you ask anyone in the industry, it's a common knowledge that Jay ain't shit," Dame began. "He's about the bag. We all know that. He's self-preserving. Period. It's just that the people he does it to don't have Beyoncé next to them."

Dame then drew a comparison to Trump.

"There's always been a pattern with that dude, so it is what it is. Y'all know what it is," Dame said. "It's just everyone always forgives him. You know, he's like Trump in that way. He can do anything, say anything and look at it—everyone goes with I guess, they just go with the popular sometimes. But again, it always reveals itself in some way."

Jay and Dame have been at odds for many year1s, but the Roc-A-Fella Records co-founder recently apologized to Hov for any of their past issues.