Shaving for the first time is a special occasion for many, but for Samson Bonkeabantu Brown, the experience was particularly significant — and public.

The Toronto-based transgender artist had what appears to be his very first shaving experience recorded and posted to the Facebook page of Gillette. It's the razor and shaving cream maker's first ad featuring a transgender man.

“Growing up, I was always trying to figure out what kind of man I wanted to become," Brown says in the video's opening. "I always knew I was different. I didn't know there was a term for the type of person that I was."

Whenever, wherever, however it happens—your first shave is special.

Just before the video cuts to Brown holding a razor, he says, “I’m glad I’m at the point where I’m able to shave."

With shaving cream on his face, Brown nervously holds the razor as his father guides him.

“Now don’t be scared,” Brown’s father says. “Shaving is about being confident.”

The video — which has been viewed over a million times since its launch Thursday — ends with Gillette's slogan: “The best a man can get.”

When asked about the ad, a Gillette spokesperson said the company supports "everyone in their journey to looking, feeling and acting their best every day."

“Gender conversations are happening all around us and we believe brands play a role in influencing culture and have a responsibility to use their voice to champion issues of great relevance to both the brand and our customers,” spokesperson Corey Manuel said in an emailed statement.

In a public post on his personal Facebook page, Brown said he wanted to include his father in the video since his dad has been one of his main supporters throughout his transitioning process.

“I'm keenly aware of how blessed I am to be able to exist in this world being supported by my family in ways that all too often many of my trans brothers, sisters, and siblings who exist outside the binary are not always as fortunate,” Brown wrote.

The ad has received widespread, positive feedback — especially from transgender individuals who see themselves represented onscreen. 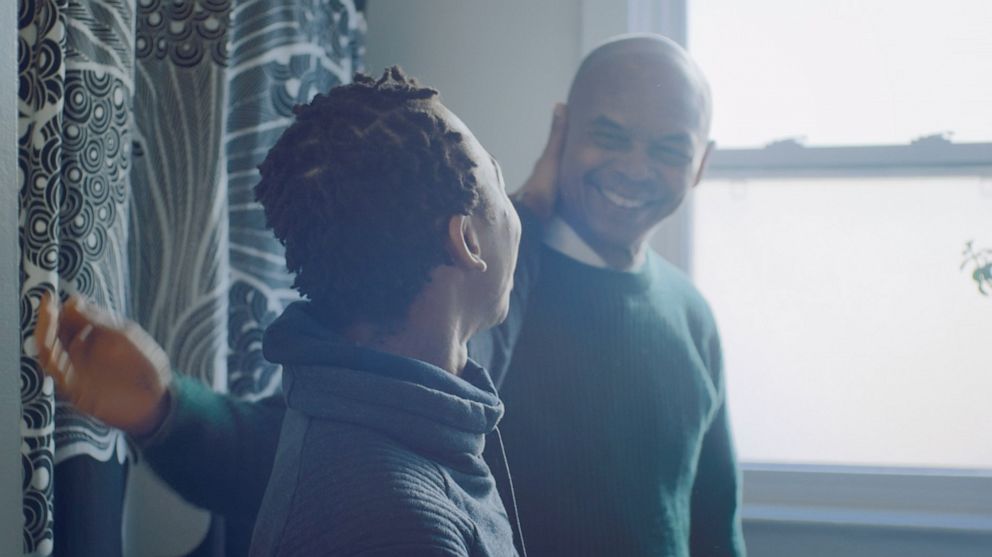 “This commercial made me cry,” Asher Shaun Jensen wrote on Facebook. “You have videos on how to shave on your YouTube which helped immensely as my dad does not support me. You're making a difference, and I appreciate it greatly.”

“My first shave was made with my husband because my dad passed away years before I started to transition last year and thank you! This makes me feel so good this morning at work,” Lee Stephens wrote on Facebook.

Brown said he hopes the ad will continue to inspire people.

“I am confident that this ad will encourage many of my trans siblings and fill them with the knowledge that our existence in this world can be filled with the love and support we deserve,” he wrote on his Facebook page.