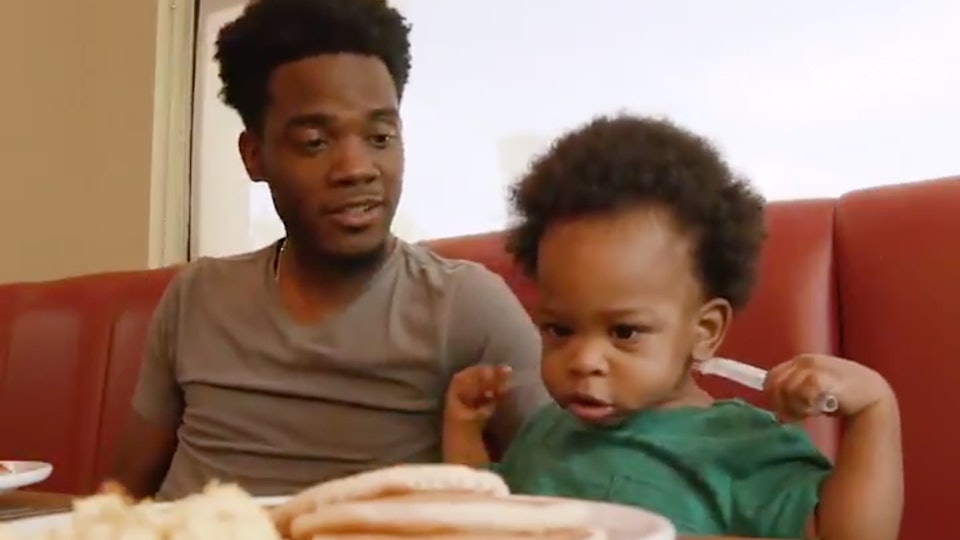 As if we needed another reason to go to Denny’s.

The newest ad from the popular diner chain stars a father-son duo social-media users may recognize from their viral video on Facebook, which has racked up over 1 million reactions, 300,000 comments and 1.5 million shares since it was posted two weeks ago.

find cute baby from viral video and bring him to Denny’s … ✅ pic.twitter.com/f6BvdfnzaB

Now, the new ad — which Denny’s tweeted Sunday, on Father’s Day — makes use of the pair’s comedic dynamic, showing them hanging out in one of the restaurant’s booths, in front of a plate of pancakes, eggs and bacon.

“Perfect that we came here to have a booth chat, just among father and son, right?” Pryor begins. But Kingston seems to have little initial interest in what his dad has to say, staring at the plate of food with a plastic straw in each of his hands.

Pryor then asks his son what’s going on in his life, to which Kingston replies with a series of babbles while waving the straws around in the air.

“Really?! And that’s your favorite cartoon?” his dad responds — noting, “They canceled it? Oh man, we gotta send a letter to the network and tell them they gotta bring that back” when the little boy has something else to add.

The rest of the video sees Pryor and Kingston digging into their breakfast (Kingston even feeds his dad a piece of bacon!) and showing their appreciation for being able to spend quality time at the restaurant together.

“Find cute baby from viral video and bring him to Denny’s … ✅,” read the tweet accompanying the cute clip.

In the original video, Pryor and Kingston engaged in a regular back-and-forth banter as they watched television together, “talking” about what they saw on the screen.

Pryor didn’t miss a beat every time the youngster turned to talk to him, gesturing at the screen to emphasize his points and impressively miming a complete understanding.

Pryor’s wife Shanieke captioned the clip, “Only this child!! Having a full-fledged conversation with Daddy and Daddy is just as bad🤣🤣,” adding the hashtags, “#TheseTwoAreAMess,” “#OurHouseisAlwaysFullofLaughter,” “#MrPersonality” and “#HeNeedsHisOwnShow.”