Cuba Gooding Jr. pleaded not guilty at his arraignment in Manhattan Criminal Court on Tuesday to two additional charges in a New York sex abuse case.

The Oscar-winning actor appeared in handcuffs flanked by his lawyers, along with a police escort in front of a packed courtroom shortly after noon. He was processed and fingerprinted earlier in the day.

The new charges include forcible touching and sexual abuse in the third degree, stemming from a second accuser, who according to the District Attorney's office, claims that Gooding "pinched her buttocks" without her consent and made sexually suggestive remarks to her at a New York restaurant last October.

It's now a four-count indictment against Gooding, which also includes the two previous misdemeanors: forcible touching and sex abuse in the third degree, related to an alleged groping incident with a different woman in June.

On Tuesday, the defense asked the court to sever the two new charges and to proceed on the first set of charges in trial. Their request was denied.

Prosecutors filed a motion for a Molineux hearing, in which evidence of a defendant's uncharged alleged conduct is admissible in a case to show a pattern. Twelve other women have come forward claiming the actor committed "similar bad acts," according to the District Attorney's office.

The allegations date back as far as 2001 and reference incidents in California, New York, Nevada, New Mexico and Texas, the filing states.

If the judge decides to only allow some of these witnesses to be part of the case, the prosecution wants to be allowed to determine which of the incidents to include. 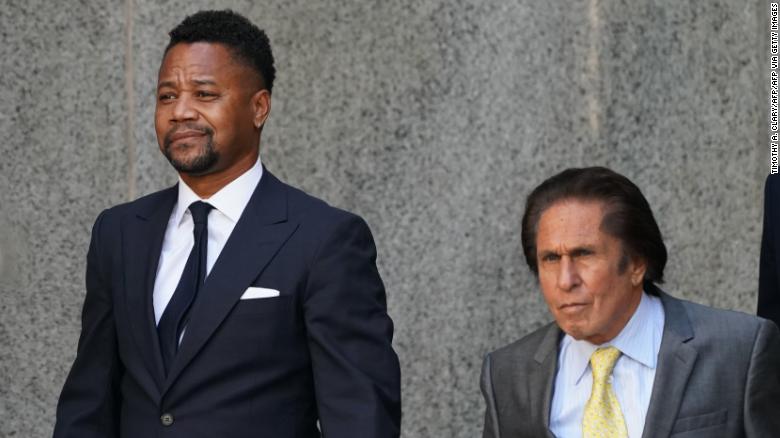 "Frequently when a high-profile individual is charged with criminal proceedings people come out of the woodwork to attempt to attach to the high profiles notoriety," Mark J. Heller, Gooding's attorney, told CNN in a statement. "We are certain that this is just being employed by the prosecutor to bolster an incredulous indictment which will never give rise to a conviction and to besmirch the reputation of the beloved Bronx native Cuba Gooding Jr. who will certainly be exonerated fully."

Heller also spoke outside court after the hearing. He said he was "shocked," "outraged" and "absolutely dumbfounded" that the prosecution was moving forward with these "incredulous cases."

Gooding was met with cheers by supporters at the courthouse.

If convicted, he faces up to a year in jail. The next hearing is scheduled for December 13.