Coronavirus: Trump says it may be 'the story of life' that well-connected get testing first 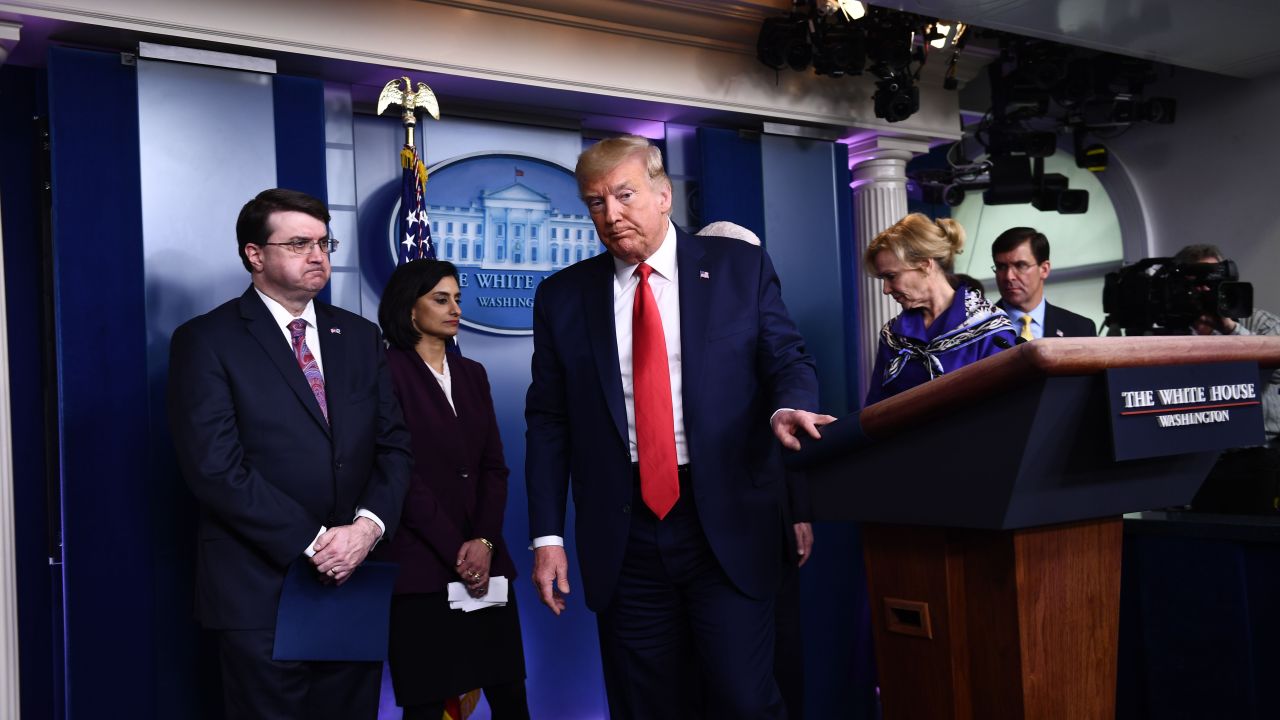 President Donald Trump weighed in Wednesday on concerns that professional athletes and others among the well-connected are getting priority testing for the coronavirus.

The president was asked about the issue at a news conference Wednesday, a day after the Brooklyn Nets announced that three of their players who showed no symptoms were among an unknown number of team members tested for the coronavirus. Four tested positive, including the three who were asymptomatic, the team said.

"How are nonsymptomatic professional athletes getting tests while others are waiting in line and can't get them?" NBC News' Peter Alexander asked Trump. "Do the well-connected go to the front of the line?"

"No, I wouldn't say so," the president said. "But perhaps that's the story of life. That does happen on occasion, and I've noticed where people have been tested fairly quickly."

"We wish them a speedy recovery. But, with all due respect, an entire NBA team should NOT get tested for COVID-19 while there are critically ill patients waiting to be tested," de Blasio tweeted. "Tests should not be for the wealthy, but for the sick."

The mayor's criticism came less than 20 minutes after the team disclosed that four players had tested positive, including the three who showed no symptoms.

The Nets didn't immediately respond to an inquiry Wednesday into specifics about how many in the franchise were tested and by what laboratory. "Public health authorities and team doctors have been concerned that, given NBA players' contact with each other and close interactions with the general public, in addition to their frequent travel, they could accelerate the spread of the virus," Bass said in a statement.

Teams started working with local public health officials after they were advised in a memo March 7 to find private testing facilities, a source familiar with the matter told NBC News. Among the specialists the league consulted were Dr. David Ho, a renowned AIDS researcher, and Dr. Vivek Murthy, the former surgeon general.

Some teams have doctors on staff who are affiliated with testing facilities, but the NBA also advised teams to have arrangements in place.

About 59,000 tests for coronavirus had been conducted across the nation as of Wednesday afternoon. The U.S. population is over 320 million.

New York City Health Department guidelines state that the agency "strongly recommends against testing persons with mild illness who can be safely managed at home, unless a diagnosis may impact patient management."

The Nets said in Tuesday's statement that all players and members of the team's travel party are being asked to remain isolated, closely monitor their health and maintain constant communication with the franchise's medical staff.

Kevin Durant, one of the league's biggest stars, is one of the four Nets players who tested positive, he told The Athletic on Tuesday. He was among the three who were asymptomatic, the website reported.

"Everyone be careful, take care of yourself and quarantine," said Durant, who described himself as feeling fine. "We're going to get through this."

There were more than 6,200 confirmed cases of coronavirus in the U.S. and at least 112 people had died in the outbreak by early Wednesday afternoon.

As of Wednesday morning, 2,382 people had tested positive in New York state, an increase of more than 800 since Tuesday, Gov. Andrew Cuomo said at a news conference. In New York City, 1,339 people have tested positive.