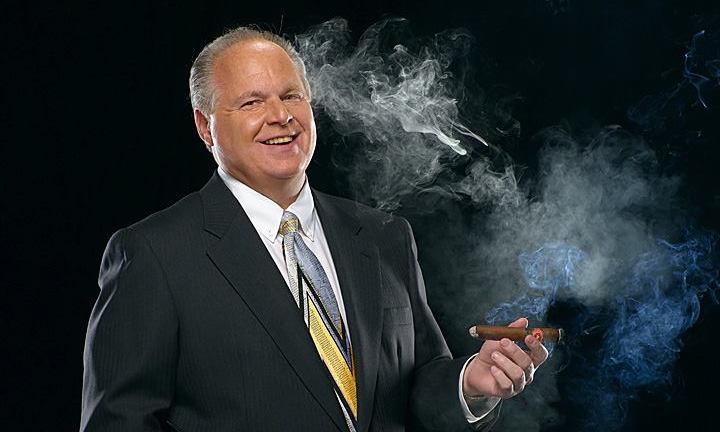 But it left out one key detail about the longtime smoker.

The tweet called Limbaugh “a giant among cigar smokers,” and the story spoke of his love of attending cigar events as well as his relationship with Editor-in-Chief Marvin Shanken, who recalled dinners in a “smoke-filled-room” and their time together on the golf course.

“I can’t count the number of cigars we smoked together, just the two of us,” Shanken wrote.

The magazine made no mention of Limbaugh’s cause of death: lung cancer, a disease often caused by smoking, including cigar smoking.

Twitter users lit into the magazine for the omission:

This is arguably the most effective anti-smoking ad I've ever seen. https://t.co/QfKuzLzAqk

You guys know he died from lung cancer, right? https://t.co/uh2W6Xv8Nz

omg you idiots. he died of lung cancer. this is like the world's darkest joke. https://t.co/fAolvrdKS2

This is like Heroin Aficionado magazine eulogizing Amy Winehouse https://t.co/dr2oWbxOGJ

Yeah, he must've loved them, given he died of lung cancer. https://t.co/Ir0FGWskPa

This is like a hitman writing the obituary for the guy he killed. https://t.co/GEMu606av8

Strikes me as supremely odd that a cigar magazine would purposely spotlight a cigar-smoker who died of lung cancer. https://t.co/icDYcu8JGw