Chicago police on Monday released nearly 70 hours of video footage related to the Jussie Smollett case, including bodycam footage of police officers speaking to the actor as he wore a noose around his neck soon after the alleged hoax hate-crime attack.

The video shows Chicago police officers speaking to Smollett inside his apartment after he reported being attacked by two racists who tied a noose around his neck on Jan. 29.

Smollett is still wearing the noose during the interview with officers inside his apartment, the video shows. “Do you want to take it off?” one of the cops asks during the exchange. “Yeah, I do. I just wanted you all to see it,” Smollett says back.

Smollett’s face is blurred in the video because investigators believed he was the victim of a hate crime at the time of the attack.  Smollett later claimed the assailants yelled racist and homophobic slurs and said “This is MAGA country!”

Another video shows the Osundairo brothers in the back of a taxi with their hoods tied tightly around their faces in the minutes before the alleged beatdown. 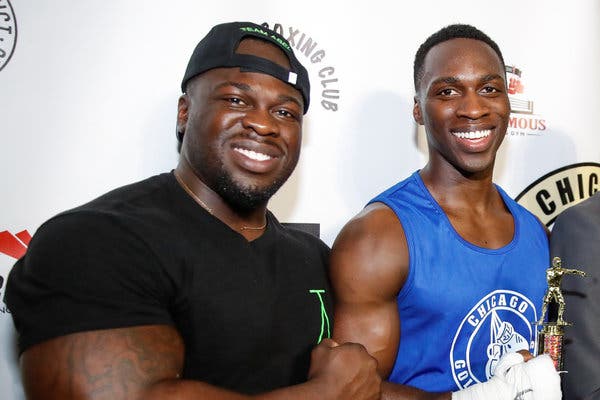 In the days after he allegedly staged a racially motivated attack against himself, Jussie Smollett Googled himself more than 50 times, records show.

Between Jan. 30 and Feb. 10, Smollett searched for his name and “Juss” 57 times, according to a review of his computer search history by Chicago Police that was part of a large trove of documents in the case released Monday.

The TV star’s web history shows he kept a close eye on the investigation, visiting articles from local outlets and reading up on how a Post reporter found a bottle of hot sauce that reeked of bleach at the scene of the alleged crime, the records released by Windy City cops show.

Smollett was eventually charged with making a false police report when investigators discovered he allegedly paid two men to carry out the hoax attack. The charges against him were later dropped by Chicago prosecutor Kim Foxx.

On Friday, Chicago Judge Michael Toomin appointed a special prosecutor who could bring new criminal charges against the actor.

In his ruling, Toomin wrote Smollett’s case was rife with “unprecedented irregularities” that warrant the appointment of independent counsel “to restore the public’s confidence in the integrity of our criminal justice system” after a series of questionable moves from Foxx’s office.