Cardi B may be giving us full-fledged princess vibes in a fashion spread in Harper’s Bazaar, but she’s not shying away from controversy. 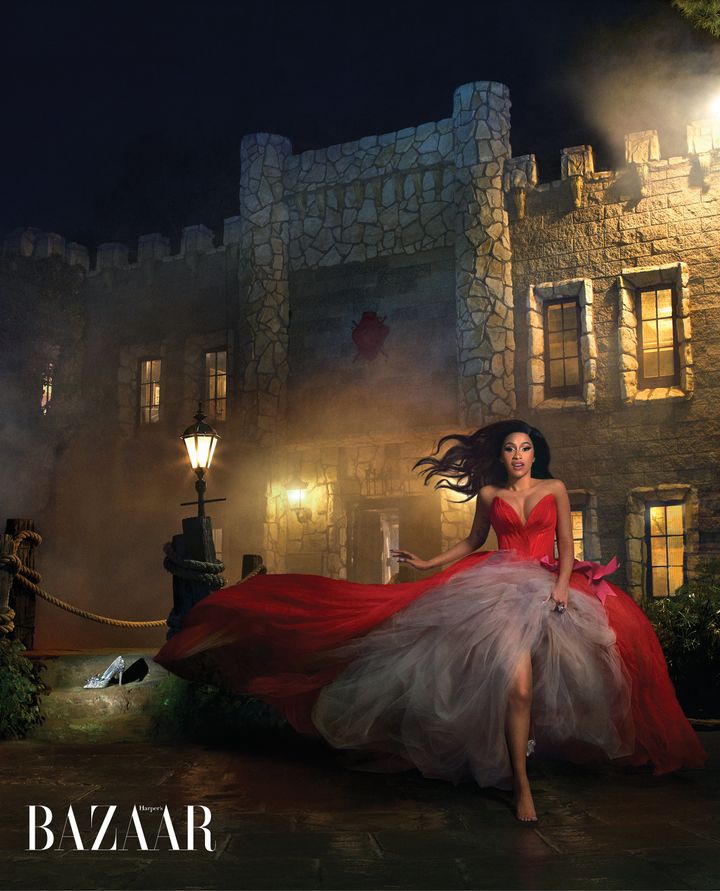 The September 2018 clash of the rap titans at the Harper’s Bazaar ICONS party at the Plaza Hotel has become legend. Cardi threw a shoe at Minaj after Minaj allegedly stepped on the train of her gown. After the fight, the “I Like It” rapper was seen leaving barefoot, wearing a ripped red Dolce & Gabbana gown and apparently rocking a large lump over her left eye.

The fight has inspired songs, Instagram clapbacks, and, now, knowing comments in Harper’s Bazaar, which appears unfazed that the beef unfolded at its own party.

In the March issue of the magazine, photos of Cardi evoke the likes of Rapunzel, Mulan, and, of course Cinderella. One shows Cardi in a red Vera Wang gown and a lone Jimmy Choo shoe cast at the wayside. There’s no lump over her eye.

Fans immediately found the image familiar and pointed it out on Twitter: