Cardi B Kisses, Twerks On Ex Offset At Birthday Bash After Filing For Divorce 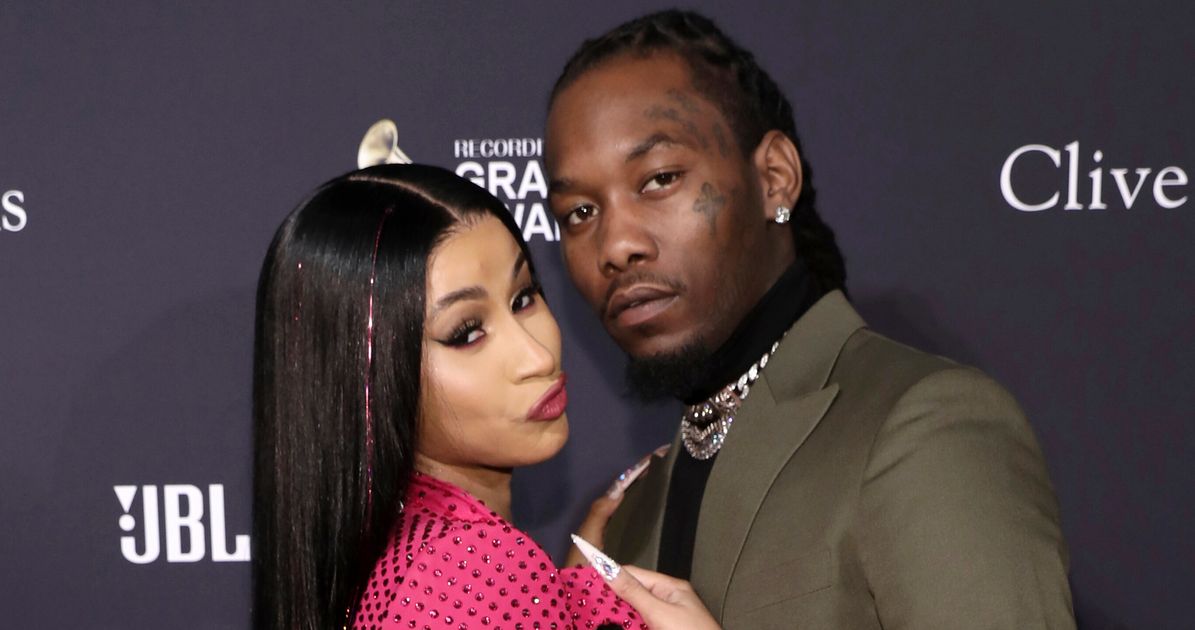 Cardi B wasn’t about to let filing for divorce get in the way of a good party.

One month after the Grammy-winning rapper called it quits with her longtime lover Offset, the two were spotted packing on the PDA at her 28th birthday bash over the weekend.

The former couple, who share 2-year-old daughter Kulture together, took over the Vegas strip for a star-studded and cognac-fueled rager with friends and family, including Megan Thee Stallion, Teyana Taylor and Kylie Jenner, who gifted the birthday girl a baby blue Birkin bag.

The Migos rapper didn’t hold back on the presents for his ex either, presenting her with a new Rolls Royce with their daughter’s name embroidered on the seats while a full-blown marching band played her recent No. 1 hit, “WAP,” in the background.

The two were seen kissing in photos and videos after he showed her the vehicle, and the crowd cheered, “Take Offset back!” as it watched.

But the party was apparently just getting started. The group celebrated well into Sunday morning at the hotel, and Offset shared videos of Cardi living it up, calling her his “girl” in an Instagram post.

At one point, the “I Like It” rapper jumped from a landing onto Offset as he lay on the ground, twerking on him after she touched the ground just like the good old days.

Cardi B and Offset turning up for her birthday 🔥 pic.twitter.com/YCKAKBdYee

She wrote, “Thank you sir  😏😏😏I love it,” leading fans to believe Offset was behind the grand gesture.

Their recent behavior is a far cry from how Cardi described the relationship in her divorce filing. She said the marriage was “irretrievably broken” and “there are no prospects for a reconciliation” after rumors swirled that he got another woman pregnant.

Cardi and Offset have faced their fair share of ups and down over the years. The two split in 2018, just months after the birth of their daughter, because of a cheating scandal. They got back together the following year.

Cardi B has since denied that infidelity was the cause of their most recent split. She went as far as to publicly defend him against fans on Twitter.

“I don’t give a fuck if you don’t like him,” Cardi wrote in response to a fan who claimed they have the “right to drag” the Migos rapper after their split.

“I don’t talk to him but you not going to disrespect my child father,” she continued. “I will slap the shit out of you in curtesy [sic] of Kulture. If he die, go broke, you not the one that’s going to raise my kid & you not the 1 who pays for her shit.”