Cardi B Defends 'WAP' Against the Haters, Says 'It's for Adults' 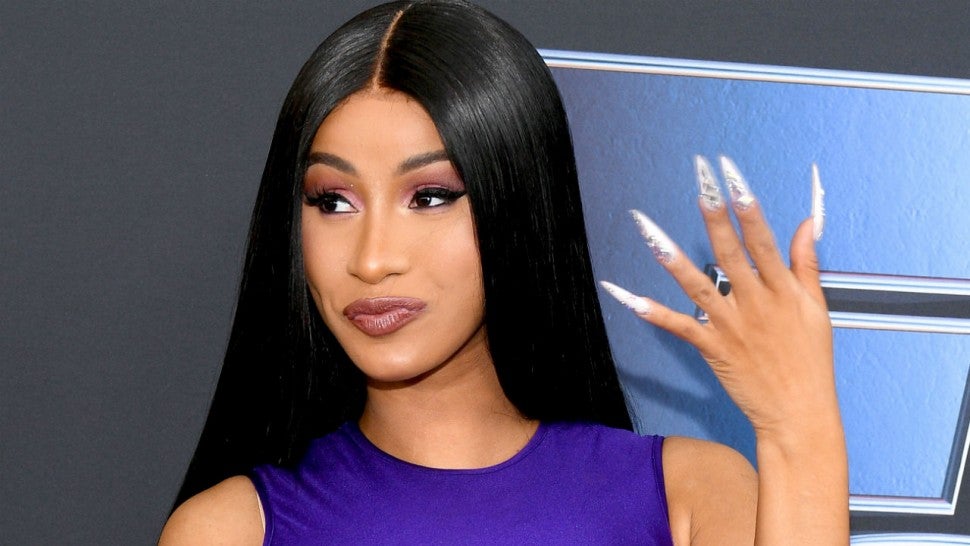 In case it wasn't obvious, Cardi B is letting the haters know that her explicit new song, "WAP," with Megan Thee Stallion wasn't written for the kids!

During a recent interview with The Kyle and Jackie O Show, the 27-year-old rapper clapped back at some of the criticism the track has received, with some people arguing that it's too provocative.

"The people that the song bothers are usually conservatives or really religious people," explained Cardi, who shares 2-year-old daughter Kulture with husband Offset. "But my thing is, I grew up listening to this type of music. Other people might think it's strange and vulgar, but to me, it's almost like really normal, you know what I'm saying?"

"No, of course I don't want my child to listen to this song and everything," she added. "It's for adults."

Number fuckin one !!!!!NUMBER 1 !!!My 4th number 1 on @billboard hot 100....I’m just so thankful I want to hug the LORD !! Thank you soo much @theestallion .I don’t even know how to thank you ,I wish I can give you a big ass hug !!! Thank you to my fans Megan fans,Thank you the world for listening .Im just soooo thankful I can’t even type it .Imma get like a bad bitch and tell ya later.Love ya WAAAAAAAPP

As Cardi excitedly shared earlier this month, "WAP" went to "Number f**kin one" on the Billboard Hot 100 chart just days after its release.

"You wanna know something? It's what people wanna hear," Cardi said in her latest interview. "If people didn't wanna hear it, if they were so afraid to hear it, it wouldn't be doing as good." Cardi has already defended her "WAP" creative decisions quite a few times this month. First, she addressed those asking why she put Kylie Jenner in her music video, and later reacted to Carole Baskin's negative comments about her and Megan using tigers in the video. The Tiger King star argued in a statement to ET that the use of tigers in "WAP" may glamorize the notion of having them as pets.

"I'm not gonna engage with Carole Baskin on that," Cardi responded, in an interview with i-D. "Like, that's just ridiculous, you know?"