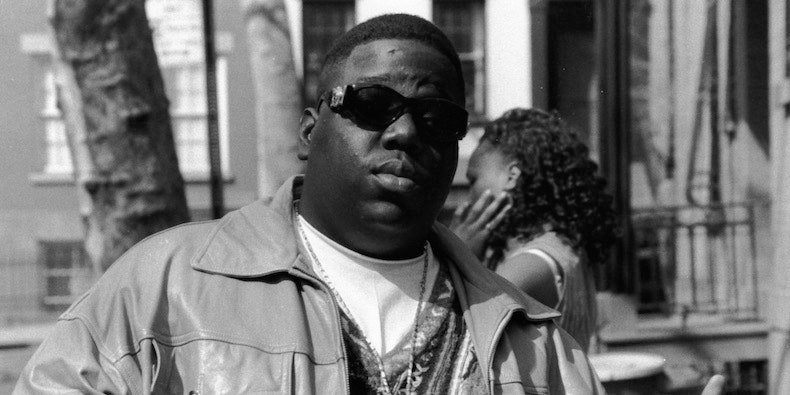 Notorious B.I.G. officially has a street in his hometown Brooklyn named after him, CBS New York reports.

It was all a Dream in August 2013, and now it is a reality: #ChristopherWallaceWay. S/O to family, friends, and fans of BIG, plus all supporters. #ThinkBIG 📸 @cydjones_

Today, the city held a renaming ceremony for the corner of Fulton Street and St. James Place in Clinton Hill, which is now known as Christopher ‘Notorious B.I.G.’ Wallace Way.

After over five years of starts, stops and community board infighting, the corner of St. James Place and Fulton Street in Brooklyn was re-named in honor of The Notorious B.I.G. on Monday. Despite the rain, dozens of New Yorkers (including Councilwoman Laurie Cumbo) and hip-hop aficionados made their way to Bedford-Stuyvesant this afternoon for the official naming ceremony for "Christopher “Notorious B.I.G.” Wallace Way."

Watch what happened at 2:46 in @ABC7News's broadcast: A street in Brooklyn is being renamed Christopher Wallace Way in honor of The Notorious B.I.G. https://t.co/p0iyFxX14l

Lil’ Kim spoke during the ceremony in honor of the late rapper. Biggie’s mother, New York City Council member Laurie Cumbo, rapper Lil Cease, and other friends, and fans were also at the ceremony.

"I always knew this day was gonna come," Lil Kim, who was discovered by the rapper in 1994, said during the ceremony. “I used to dream about a street being named after Biggie, because it was only right."

The renaming petition was approved by the Brooklyn Community Board and Mayor Bill De Blasio last November. Christopher ‘Notorious B.I.G.’ Wallace Way arrives after years of efforts to rename the street; due to the violent nature of his music, the memoriam met resistance from the city.