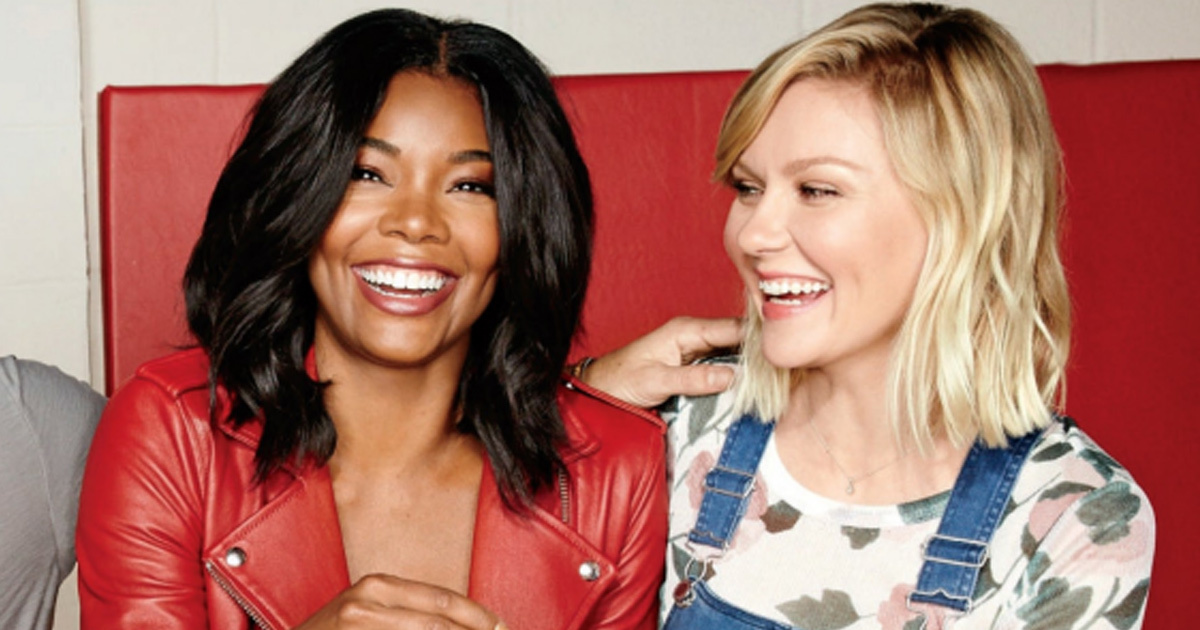 They’re perky and cute AND popular to boot.

Kirsten has long been a champion of Rodarte so it’s not all that surprising to see her modelling the fashion house’s Spring 2020 look, however the appearance of Gabrielle has us well and truly shooketh.

We said brrr it’s cold in here – there must be a reunion in the atmosphere.

Sorry, are we going too ham on the Bring It On references?

In the collection of surreal images, both actresses don dreamy wares alongside a swag of famous faces including Lili Reinhart, the Haim sisters and Roma actress Yalitza Aparicio.

We were even treated to a second mini-reunion of sorts, as January Jones and Mad Men daughter Kiernan Shipka graced the shoot.

But it was this Bring It On moment that had us all in a tizz, as Kirsten took to Twitter to share shots of her alongside Gabrielle.

‘It’s been brought,’ she wrote, alongside tags of the designer and the actress, quoting a famous line from the  2000 movie.

Fans were big fans of the whole vibe, as one drew inspiration from the old school designs; ‘Bring It On-1952 Cotillion edition. #ImSexy #ImCute #ImADebutanteToBoot.

For those out there who need a little refresher, or just a walk down memory lane, Kirsten starred as Torrance Shipman, a senior at Rancho Carne High School, while Gabrielle played Isis from main competing school East Compton Clovers.