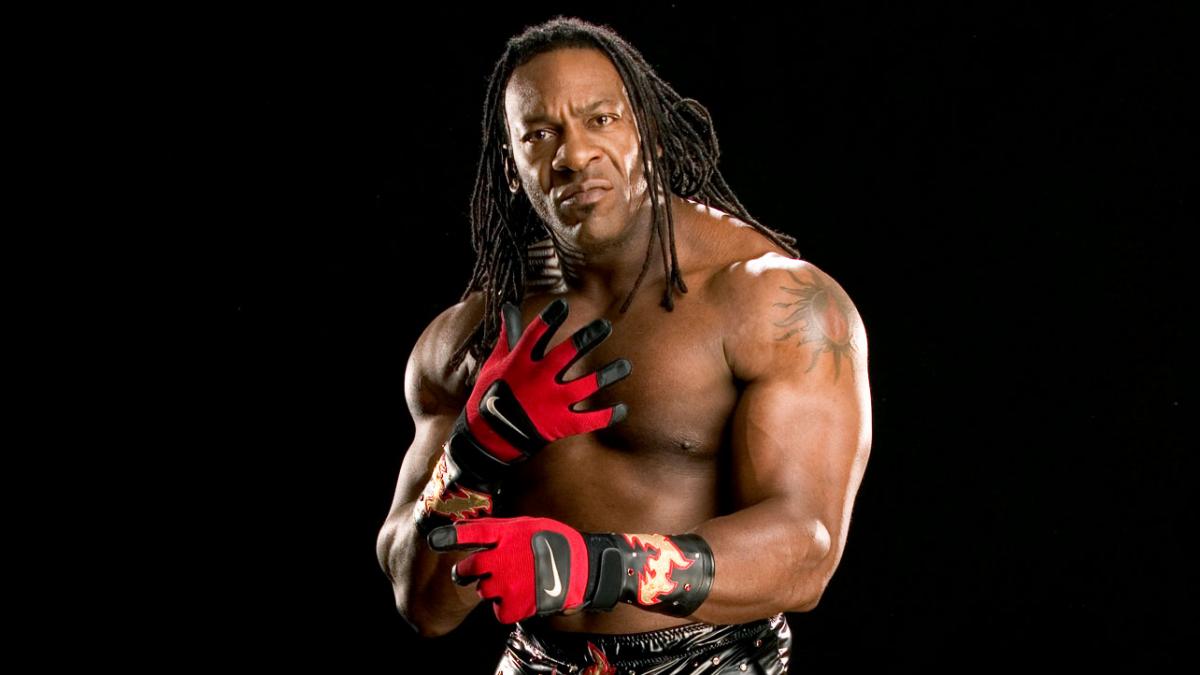 WWE Hall of Famer Booker T was apparently not impressed with CM Punk’s return to pro wrestling during Friday’s AEW Rampage at the United Center in Chicago.

Booker recently discussed Punk’s AEW debut during an episode of his Hall of Fame podcast and said Punk “struck out” with his promo because he mentioned WWE.

“CM Punk is back man and I got a chance to witness the return of CM Punk, I really did,” Booker said. “I don’t know, you guys out there that are big AEW fans, you guys agree to disagree with me. But me, I’m always telling it like it is, y’all know that…and I’m gonna tell it like it is on this one right there as well. I want all of the listeners, I need you guys to challenge me on this one. I’m begging you to challenge me on what I’m talking about…”

“CM Punk came back and took his moment and chose to talk about WWE. That right there was just a total miss as far as I’m concerned [he] struck out.”

“CM Punk came back and he had 10 full television minutes to go out there and make his point as far as CM Punk being back. He had the perfect crowd to be able to go out there and really, I’m talking about have a party up in that United Center. But CM Punk came back and took his moment and chose to talk about WWE. That right there was just a total miss as far as I’m concerned [he] struck out. I can only imagine if The Rock had that same 21,000 in Miami, Florida. The Rock would have talked about every landmark in Miami and that everybody in Miami frequented…he would have had those fans going crazy with excitement but CM Punk chose to talk about the WWE and that 9 minutes went back so slow when it could have been a party going on in the United Center.”

Brad Gilmore, Booker’s co-host, agreed that Punk’s promo was lackluster, but he felt like the moment itself was big. Booker responded and said he wouldn’t even be thinking about the other side if he were making his comeback, adding that Punk missed a moment in front of his hometown crowd.

Booker continued, “I’m saying from a perspective to where I’m making my comeback and I’m thinking about the other side, that’s totally a place that I wouldn’t even be going. As well as you talk about how the moment started out on a rise and after the music stopped playing, the rise just started going down. It never came back up. That’s a moment for you? I get it, I understand that but my point is the moment, once the bell rings and the bell rings after the music stops as far as I’m concerned and I just don’t think CM Punk delivered the way he could have as far as a promo goes because I didn’t feel the promo. I felt like a guy talking about WWE and when you’re talking about the other side, only thing you’re doing is giving those guys airtime. Of course, I know the AEW crowd will eat that up but for me as a professional, that’s the last thing that I’m gonna be thinking about is the other side. I’m gonna be thinking about the here and the now. Like I said, I could be wrong but I just think he missed a moment there in front of his hometown [with] over 20,000 people…”

Booker then responded to a YouTube chat room user and said he is not biased because of his relationship with WWE. He continued, “For me, it was the same promo that was given in WWE. It was about WWE. It had nothing meaningful to it as far as what I’m gonna create, who I’m gonna blow up, how I’m gonna take AEW by – coming in being a nice guy and throwing out freaking ice cream bars, who gives a damn about that?”

Booker later said he likes Punk and he wasn’t saying Punk doesn’t bring anything to the table. He also said he wants Punk to do well in life but he feels like Punk could’ve made a bigger impact if he didn’t mention WWE and ice cream bars.

Punk will make his AEW Dynamite debut tomorrow night in Milwaukee, and will then return to the ring at the AEW All Out pay-per-view on September 5 near Chicago, against Darby Allin. Booker pointed to how Allin is a babyface and said he would’ve picked a heel for Punk’s debut opponent.

Booker’s podcast has since been removed from his Reality of Wrestling YouTube account. You can still hear the comments on his Periscope account via this link at around the 14:00 mark.